Let’s start with a message from this disgruntled gentleman:

Okay then. On to the news.

It appears Senate Democrats are preparing to abandon attempts to keep the $15 minimum wage, or a variation thereof, in the Senate covid relief bill. The plan to penalize large companies that pay low wages is also being abandoned after it became clear over the weekend that getting all 50 Democratic senators to agree on language for the provision could drag on indefinitely. The Dems want the whole thing signed into law by March 14, when current extended unemployment benefits expire.

Related to this, on Friday Paul Waldman wrote that “Republicans seem unable to find their opposition mojo.” The great Republican outrage machine is still chugging away, but its reach ain’t what it used to be. “Social conservatives are getting exorcised about transgender rights — but much of the party seems uninterested in taking up this rallying cry,” Waldman writes. “There’s plenty of apocalyptic rhetoric on Fox News, but it isn’t doing much to affect the rest of the debate (and Fox’s greatest influence comes when it shapes mainstream news coverage).”

The outrage machine has been unable to persuade Americans outside of the hard-core base that Joe Biden is the devil, and this has impeded the Right’s ability to whip up opposition to what Biden is trying to do. It’s also the case that a whole lot of people are really really hurting because of the pandemic and really really need more relief from the government. A recent Quinnipiac poll found that 68 percent of Americans support the Democrats’ $1.9 trillion covid relief bill, and only 24 precent oppose it. Getting voters angry at Democrats about transgender girls playing sports isn’t working.

So, now is the time for Democrats to push ahead to enact their undiluted agenda.  But after the relief package passes, they’ll be up against the filibuster. And a few Democrats still think it’s more important to preserve the filibuster than, you know, pass anything. How we’re gong to get around that, I do not know. I fear that after the relief bill we’re looking at an unbroken several months of obstruction followed by a disaster in the 2022 midterm elections. The GOP may be flailing around more than usual, but it still controls a lot of states, and in those states Republicans are pushing full speed ahead with voter suppression.

I highly recommend David Atkins’s  Voter Suppression Is The Only Policy Agenda Left for a White Christian Identity Party at Washington Monthly. There’s a lot packed into this, and you don’t need a subscription to read it. I’m just going to quote the ending here:

All they have left is opposition, voter suppression and judges. Don’t do anything about crises–but also don’t let anyone else do anything about them, either. Don’t say the racism too loud (though that’s changing fast), but also make sure no one else gets to vote or have any power. Don’t pass any laws, but just let some extremist Federalist Society judges stop anyone else from passing any laws, either.

This dynamic is not going to change anytime soon, regardless of how long Trump holds sway over the party.

Oh, yes, the T word. See also Atkins’s As CPAC Goes, So Goes the GOP. And It’s Not Looking Good. And Greg Sargent, at WaPo, today:

Amid the stream of delusion, depravity, malevolence and megalomania that characterized Donald Trump’s speech to the Conservative Political Action Conference on Sunday, one message should be regarded as arguably more important than all the others combined.

It’s this: The former president told his audience that the Republican Party’s success in coming years depends, in no small part, on its commitment to being an anti-democracy party. 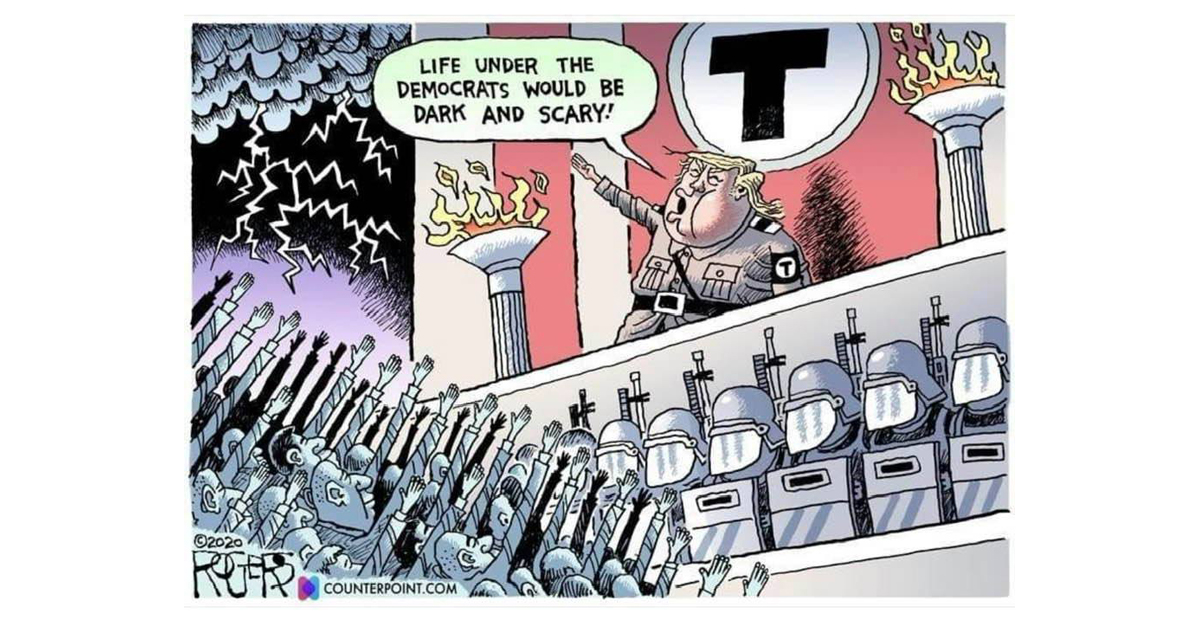 11 thoughts on “Can This Country Be Governed?”