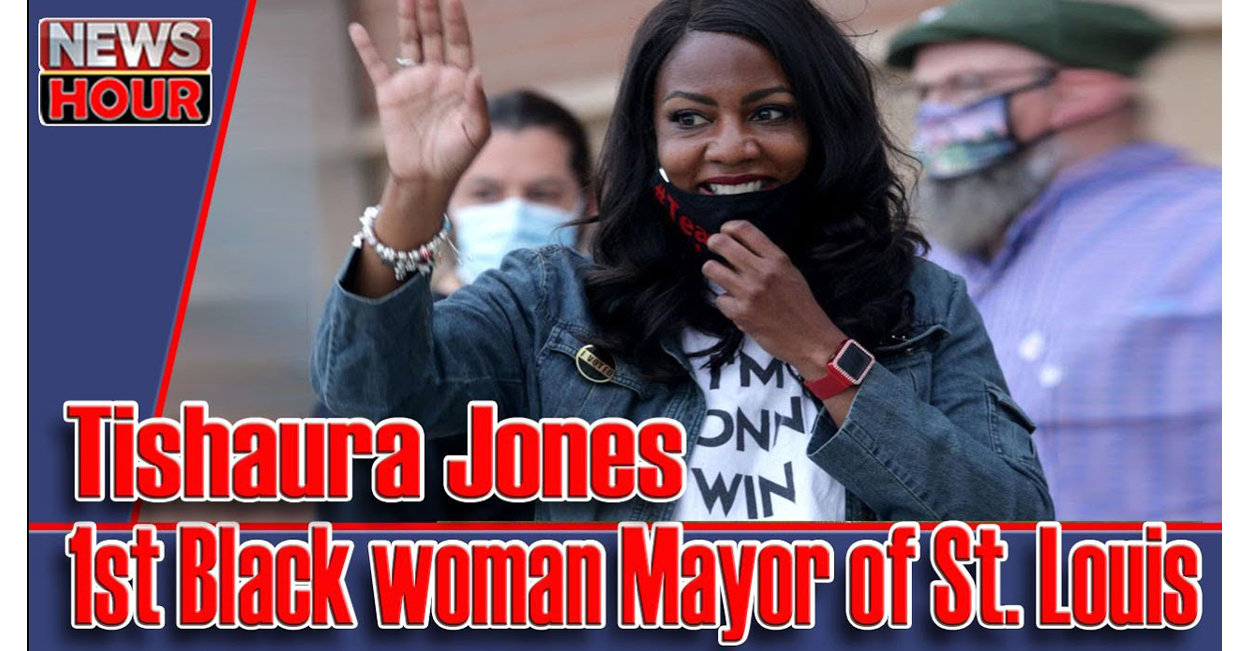 The new city government is about to receive a $517 million windfall from the newly passed American Rescue Plan. Also thanks to the Biden Administration, St. Louis’s sluggish vaccination rate is finally picking up. Vaccine efforts run by the state had blatantly favored rural areas over St. Louis.

So St. Louis may be poised for something of a Renaisance. It’s a city that for sure has seen better days, but it has a lot of potential.

I assume police reform is going to be on the agenda. A week ago I wrote about the failure of a jury to convict some St. Louis cops for beating a black St. Louis detective, Luther Hall, while he was working undercover. (Three officers were acquitted on most charges. Jurors could not agree on two charges, but I undersand the defendants will be re-tried.)

St. Louis also is plagued by a high rate of gun violence, in large part because of the state’s “carry whatever you want” gun laws.

Meanwhile, the Republican state government of Missouri continues to be criminally bad at governing. You might remember that last year the state’s voter passed a resolution calling for Medicaid to be expanded under the Affordable Care Act. As I wrote at the time, “This [expansion] was proposed as a constitutional amendment so that the looney tune wingnut legislature couldn’t block it with legislation.”

But, by golly, they’re blocking it anyway by refusing to fund it.

After refusing to set money aside in next year’s budget to pay for a voter-approved expansion of Medicaid, Republicans in the Missouri House took steps Tuesday to distribute the unspent cash on other items.

From directing $18 million to school transportation costs to sending an additional $88 million to nursing homes, the House Budget Committee reviewed how it will spend the $1 billion that Republican Gov. Mike Parson had earmarked for the expansion of the health insurance program for the poor.

The panel’s review came after last week’s decision to not fund the expanded Medicaid program that voters approved last August by a 53-47 margin, saying even with federal sweeteners, the addition of 275,000 Missourians was not sustainable over time.

That last part is total bullshit, of course. The federal government currently is picking up 90 percent of the cost of expansion. And state tax revenues are picking up nicely at the moment from last year’s slump.

In addition to the state’s tax collections, Missouri has received billions of dollars in federal aid over the past year, giving Parson’s administration a robust cushion heading into the next fiscal year.

But no money to expand Medicaid, no no no.

Rep. Cody Smith, R-Carthage, who chairs the House budget panel, said he wants to use the Medicaid money to address shortfalls in other state funding.

Along with school transportation and nursing homes, he is proposing to funnel $53 million to mental health care services and $61 million to in-home care of the elderly and disabled.

Those are all programs that need funding, no question. But why do I assume that buckets of the federal windfall is going to evaporate into parts unknown? Or even just sit around in bags somewhere, since we learned this past November that the state was sitting on $1.1 billion in unspent covid aid from the federal government. Likewise, a lot of counties — I’m betting Republican-run counties — were not spending the funds available to them. St. Louis by then was running short.

Meanwhile, Democratic Rep. Peter Merideth said St. Louis, which has been one of the cities hit hardest by the virus, is close to running out of money to keep day cares open and prevent homelessness. He was one of several lawmakers who raised concerns about huge sums of federal coronavirus aid not being spent in Missouri, despite the need.

“I’m just getting really frustrated that it seems like we’re sitting on money for the purpose of making sure our day care providers are getting reimbursed at the rate they had before and that they’re not suffering horribly,” he said during the Monday hearing.

At the time this was going on, the state’s positivity rate was close to 20 percent. But somehow all these Republicans couldn’t think of anything that might be done with the Covid relief money. For all we know Gov. Parsons was using piles of cash as doorstops in the governor’s mansion. See also What Will State GOP Officials Do to Waste the Covid Relief Money?