Videos of the police encounters with Lt. Caron Nazario in Virginia and Daunte Wright in Minnesota have been viral for the past several hours. After watching these, I’d like to suggest that we fire every cop in America and start over.

It’s beyond obvious that what went wrong in these encounters — as well as with George Floyd in Michigan, Maurice Gordon in New Jersey, Sandra Bland in Texas, Elijah McClain in Colorado, Breonna Taylor in Kentucky, Philando Castile in Minnesota (again), and so many others — is that police officers unnecessarily took what should have been routine, low-tension situations and escalated them into life-and-death struggles.

Of those mentioned above, only Lt. Nazario survived. This is because he was admirably disciplined and kept his head, but it should be police who are disciplined and keep their heads. Instead, in videos more often than not you see shouting and screaming and foaming-at-the-mouth hysteria on the part of the cops. Are they not trained to de-escalate tension rather than ramp it up? Apparently not.

The officer who killed Daunte Wright was screaming “taser! taser! taser!” just before she shot him with a gun. It’s obvious she was not thinking straight. And she was a 26-year veteran, news stories say, not a rookie.  Somethng is seriously wrong here.

And no, I’ve never been a police officer. I am sure they face many challenging and dangerous situations. But you’d think they’d be better trained to be controlled and disciplined, not volatile and erratic.

In my life I’ve been stopped for traffic violations a couple of times (although it’s been years). In my experience as a middle-aged white lady the cop comes to the window and says, Lady, you were speeding, here’s your ticket. Bye. Nobody screamed at me, made me get out of the car, tried to put me in handcuffs. If the cops had come at me the way they came at Lt. Nazario or Duante Wright I’m not sure how I would have reacted, but I don’t think anyone should be faulted for having a meltdown or trying to get away. That must be a terrifying experience, and it shouldn’t be the responsibility of a person being arrested to keep the cops calmed down.

In the case of Lt. Nazario, the cops should have just told him “We stopped you because you don’t have a license plate.” And then the Lieutenant would have pointed to the dealer temporary license plate, which may have been hard to see because of the tinted windows. And then the cops could say, “Oh, okay. Never mind. Have a nice day.” End of encounter. Why is that so hard?

In Georgia, an intoxicated Rayshard Brooks fell asleep in his car in a Wendy’s drive-through line. When cops arrived to deal with him, by all accounts he was genial and cooperative, but still very drunk. He wanted to lock up his car and walk to his sister’s house nearby, and maybe they should have just taken his car keys and let him go. Indeed, they could have driven him to his sister’s to sleep it off.  They had his name and license plate number; somebody could have followed up and taken him to court in a few hours when he was sober. But Brooks became agitated and tried to get away, and he was shot and killed.

The excuse one hears is that if people being arrested would just comply with police, these unfortunate outcomes wouldn’t happen. Explain to me what undercover St. Louis detective Luther Hall could possibly have been doing that justified his brother officers beating him to a pulp?

In the case of George Floyd, it’s unclear that anyone ever explained to him why he was being arrested. He was obviously terrified. Derick Chauvin, the cop who killed him, is an even worse example of malpractice than the over-excited officer who mixed up her gun for a taser. If you saw the highlights of the prosecution’s case at Chauvin’s trial, you know that happened to Floyd was just stone-cold murder. For once, even Chauvin’s superior officers clearly said Chauvin was in the wrong. For once, maybe this time there will be a conviction. But as Eugene Robinson wrote today, one fears Chavin will get off, because that’s what always happens. 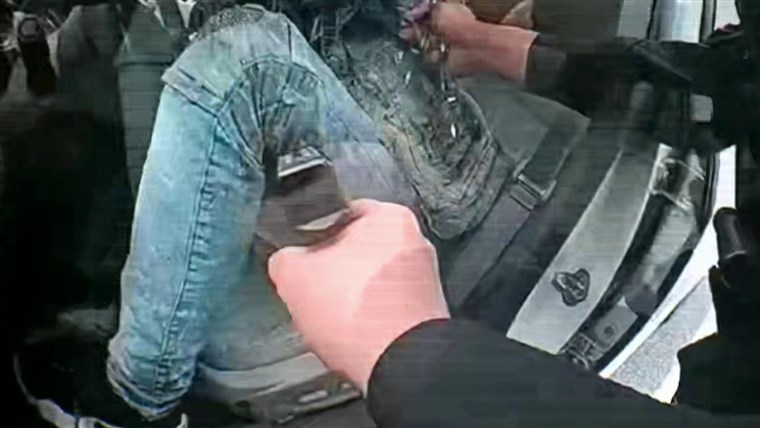 12 thoughts on “Law Enforcement: This Is Not Working”