Or, at least I hope it’s not 2009 any more. But the difference between 2009 and 2021 seems to be that Democrats really have changed. Not all of them, but enough of them that it’s making a difference. Paul Krugman compares the Obama Administration and the Biden Administration so far.

One striking thing about the Obama years, in retrospect, was the deference of Democrats to people who didn’t share their goals. The Obama administration deferred to bankers who warned that anything populist-sounding would undermine confidence and to deficit scolds demanding fiscal austerity. It wasted months on a doomed effort to get Republican support for health reform.

And along with this deference went diffidence, a reluctance to do simple, popular things like giving people money and taxing corporations. Instead, the Obama team tended to favor subtle policies that most Americans didn’t even notice.

I could be wrong, but I have long suspected that the Obama Administration fell short of the vision he initially ran on because he deferred too much to the Clintons and their many loyalists embedded in the Dem party hierarchy. Deferral to vested interests and “subtle policies that most Americans didn’t even notice” especially was Hillary Clinton’s style. But let’s go on.

Now the deference is gone. Wall Street clearly has a lot less influence this time around; Biden’s economic advisers evidently believe that if you build a better economy, confidence will take care of itself. The obsession with bipartisanship is also gone, replaced with a realistic appreciation of Republican bad faith, which has also made the new administration uninterested in G.O.P. talking points.

And the old diffidence has evaporated. Biden isn’t just going big, he’s going obvious, with highly visible policies rather than behavioral nudges. Furthermore, these forthright policies involve doing popular things. For example, voters have consistently told pollsters that corporations pay too little in taxes; Biden’s team, buoyed by the Trump tax cut’s failure, is willing to give the public what it wants.

Why has that been so hard? Of course, Biden’s policies will rise or fall in popularity depending on how well they work, and that’s how it should be. This is what so many of us have been saying for years. For example, see We Need a Progressive Movement from 2010. See also Matt Taibbi in 2016:

The maddening thing about the Democrats is that they refuse to see how easy they could have it. If the party threw its weight behind a truly populist platform, if it stood behind unions and prosecuted Wall Street criminals and stopped taking giant gobs of cash from every crooked transnational bank and job-exporting manufacturer in the world, they would win every election season in a landslide.

This is especially the case now that the Republican Party has collapsed under the weight of its own nativist lunacy. It’s exactly the moment when the Democrats should feel free to become a real party of ordinary working people.

Just as Barack Obama seems to have lost his nerve in 2009 — perhaps he had less nerve than we assumed — the entire Democratic Party lost its nerve in 2016, which helped elect Donald Trump, the one candidate who was promising big, splashy change as opposed to Hillary’s incremental tweaks to the status quo. That Trump failed to deliver has yet to register with his loyal supporters, of course.

But back to Paul Krugman:

Another factor working in Biden’s favor is the closing of professional Republicans’ minds. Even before conspiracy theories took control, Republican politicians were living in a mental bubble; in many ways the modern G.O.P. is more like a cult than a normal political party.

And at this point Republicans seem so deep in the cult that they’ve forgotten how to talk to outsiders. When they denounce every progressive idea as socialism, declare every center-left politician a Marxist, rant about “job creators” and insist on calling their rival the “Democrat Party,” they’re talking to themselves and persuading nobody.

If you want to see Republican tone-deafness in action, look at Senator Marsha Blackburn’s recent attack on the jobs plan. It’s not really about infrastructure, she proclaimed; why, it would spend hundreds of billions on elder care. And she apparently imagined that voters would see helping the elderly as a bad thing.

For so long, all most working people have got from either party has been nothing but “messaging,” i.e., bullshit. Deep down, many Americans probably don’t believe real change is possible and have settled for symbolic change, e.g., “owning the libs.” Sometimes it seems the only people who think big change is emanant are the QAnon culties. Maybe it’s their deep need to believe change is possible that fuels the cult.

So how revolutionary would it be for someone to deliver significantl change that really benefited most working people? It’s been a very long time since something like that happened. The Affordable Care Act was the closest thing to a New Deal style program than we’d had since the 1960s, and even that was too compromised and easy to demagogue because it didn’t effect enoujgh people directly.

Greg Sargent picks up on this same theme today in Biden’s next big plan could blow up one of the GOP’s worst lies.

If Joe Biden won, then-President Trump told us, the mentally declining Biden would fall captive to his party’s rabid socialist left flank, which would immediately drive the country into a depression.

This lie lives on — Republicans continue to tell repurposed versions of it right now — yet precisely the opposite is happening. It’s not just that the center and left of the Democratic Party are working together more collaboratively than expected. It’s also that Biden’s willing incorporation of leftist ideas is exactly why he’s posting some early successes.

The real Big Lie, of course, is the one Republicans have lived by for forty years and more. That’s the lie that says cutting corporate taxes and giving lots of bennies to the rich would be the rising tide that lifts everyone’s boat. Instead, over these past forty years we’ve seen real wages adjusted for the cost of living stagnate, manufacturing jobs grow scarce, the middle class shrink, even the life expectancy of white working people get lower.

Further, the pandemic has laid bare realities about our economy that people have been ignoring; for example, who the real “essential workers” are. And it ain’t investment bankers or hedge fund managers. It’s the people who move goods and stock shelves. And it’s the people who take care of others.

Our caregiving economy has been woefully underfunded, and the crucial societal contribution of care work — including child care — is badly undercompensated. Far too many are denied basic human goods like college education and the opportunity to take time off work to heal or spend time with a newborn.

Republicans are big believers in sticks over carrots. For example, in WaPo today conservative columnist Henry Olsen opined that generous unemployment benefits were keeping restaurants from reopening for lack of workers.

People on unemployment currently receive a supplemental federal payment of $300 a week on top of their normal state benefits regardless of their prior earnings. Given the relatively low earnings many restaurants and other service industry workers typically receive, they are likely to make as much or more by not working than they would if they returned to their jobs. That means they have little incentive to get back to work, which may even make them less likely to get vaccinated to begin with.

Yeah, they should be eager to go back to a tiring and underpaid job that includes lots of public exposure during a pandemic. Let’s cut off their benefits so that Henry can get his squid ink risotto. But it’s also that the day care system has collapsed, never mind in-person schooling. It’s too many workers who don’t get paid sick leave.Vaccines have only recently, like this week, become available to most people of an age to be restaurant workers. This brings us to the deeper meaning of infrastructure — it’s not just bricks and mortar, but whatever a society needs to function. No day care, no workers.

I’m thinking also of the drama we went through at the end of last year over the passge of the bill that would release some more relief funds. Republicans signed on to a reduced amount only to help their candidates in the Georgia Senate race. Then Trump held it up for no good reason other than to draw attention to himself, making people wait until after Christmas to know if their benefits would continue, or not. That was cruel. The relatively quick passage of the bigger covid bill by the Biden Administration guaranteed that Republicans could get no traction by whining it wasn’t “bipartisan.” People whose lives were hanging by a thread didn’t give a hoo haw how it got done, just that it got done.

So let the Republicans complain that raising corporate taxes will hurt the “job creators.” Popular opinion is on the other side, and on the side of a higher minimum wage, and on continuing unemployment benefits until it’s safe for everything to open, and of people not being evicted, and of people getting the medical care they need, and of getting more assistance with day care and elder care and a lot of the expense and worry that chips away at a lot of us. No more 2009. No more incremental tweaks. 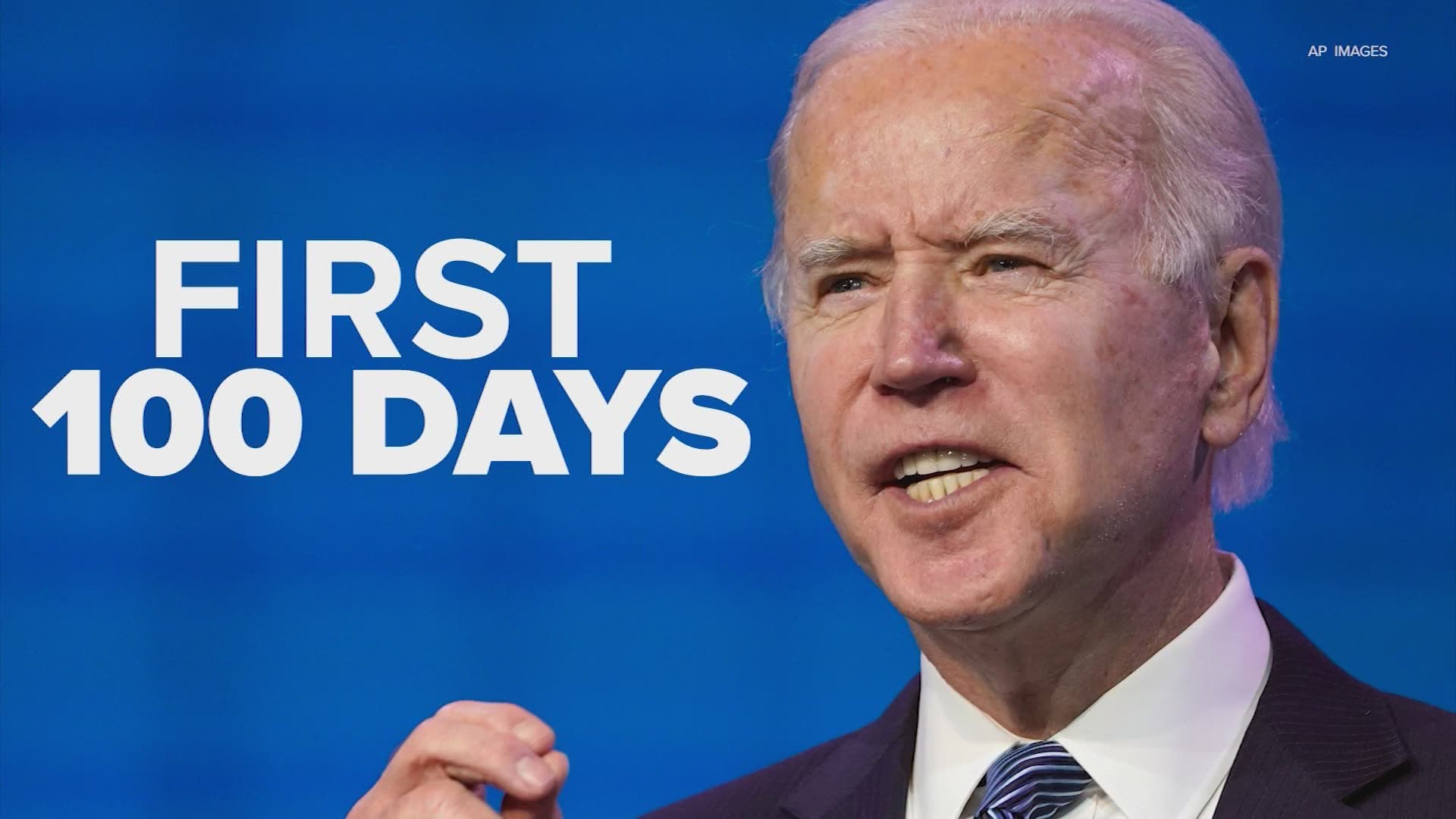