We all know about the built-in advantages Republicans will enjoy in next year’s midterms. It’s nearly always the case that the party not in the White House cleans up in the midterms. And thanks to Manchin and Sinema we’re not going to get election reform, so congressional GOP candidates can rely on gerrymandering and voter suppression to ensure victory. Those factors will be really hard to overcome. Is there any way Democrats can hang on to the Senate and House?

In the Senate, Republicans will be defending 20 seats and Democrats 14. Five of those Republican seats are “open”; the Republicans holding those seats now are not running again. As of now, all of the Democratic incumbents are running again. So there is opportunity there. Current forecasts give Democrats some hope of hanging on. But the House is expected to flip. It may not, of course, but the odds that it won’t are considerably long. The advantage of Republican gerrymandering is just too strong.

It’s also the case that, however, we’re heading into unknown territory here. And that’s because the Republican Party is so tied to Trump. Barring some unforeseen disaster in the Biden Administration, I have a hard time imagining that the educated urbanites and suburbanites who voted for Democrats in 2018 and 2020 will find a bunch of Trumpy, hard-right Republican candidates all that palatable. And that might help Democrats keep the Senate.

As for the House, Kevin McCarthy seems determined to make the Republican House races as Trumpy as possible. McCarthy has met with Trump several times to discuss the midterms for the House. Seriously. Greg Sargent wrote last week that McCarthy is trying to portray the Trump administration as a lost golden age, and if only Democrats hadn’t taken over, everything would be great again now. The story is that Trump left Biden a country in great shape, and Biden has already screwed it all up. Sargent:

But telling the GOP base an absurd, lurid, emotionally charged fiction is central to GOP midterm hopes: The Trump era represented an idyllic age that has been torn asunder from Republican voters, who in their fury, deprivation and victimization should storm out in 2022 to avenge it all.

The success of this strategy will depend a lot on what happens between now and November 2022. Certainly the American voting public has a long history of gullibility regarding politicians selling snake oil. But sometimes they do recognize the snake oil for what it is, if the sales pitch isn’t matching their personal experience. (Example: Remember George Bush’s campaign to privatize Social Security?)

Right now, economic forecasts for the U.S. economy — the ones not generated by right-wing think tanks or Fox Business News, anyway — are really, really good. The IMF is projecting that the U.S. economy will grow by 7 percent in 2021. Especially if the infrastructure bills pass this year, 2022 ought to be a good year for most Americans, and a better year for working class Americans than they’ve had in a long time. And by then the supply and staffing issues driving shortages and price hikes will have worked out. And in that case, the story that Biden screwed up the great economy Trump built may be hard to sell outside the Trump Cult.

It’s also the case that people outside the Trump Cult were not happy with the January 6 insurrection. There’s a member’s-only analysis at Talking Points Memo that I recommend, if you’re a member. In summary, Republican House candidates will depend on staying in Trump’s good graces to get past the primaries. This makes the House select committee to investigate the insurrection a real hot potato for McCarthy.

House Speaker Nancy Pelosi (D-CA) announced this week that the Jan. 6 select committee would hold its first hearing on July 27, kicking off its review of the insurrection with “firsthand” testimony from Capitol Police and D.C. Metropolitan Police officers. That means McCarthy has a pseudo deadline for appointing members to the committee (which Pelosi can veto), but he hasn’t made any movement on that front and has not even confirmed that he will pick people to begin with (Rep. Liz Cheney (R-WY) is the only Republican Pelosi’s appointed to the committee.)

McCarthy could appoint GOP members who will be vocal in their defense of Trump, or who will also take the work seriously to appease those suburban Republican voters disenchanted with the former president and/or disturbed by the insurrection. It’s a tough needle to thread leading up to the midterms — which is why Republicans were against the commission in the first place; they were worried about the negative impact a review of a Trumpian coup might have on midterm messaging.

It’s expected that McCarthy will be advised by Trump on whom to choose. But the January 6 investigations, plus Trump’s ongoing legal jeopardies, could have a big impact on the political landscape in the next few months.

Another wild card is covid recovery. Things could get better, or they could get worse. If they get worse, will voters in general blame Joe Biden? Or will they blame the red state deadheads who refused to get vaccinated? 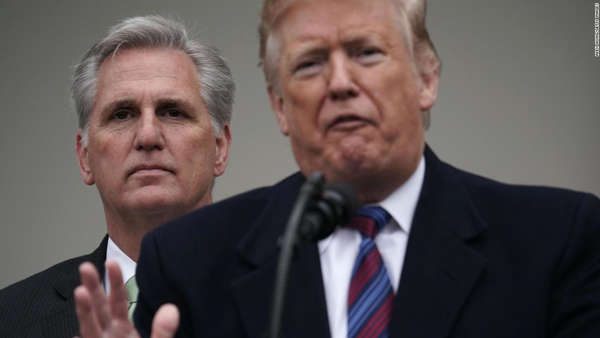 6 thoughts on “The Muddy Picture of the 2022 Midterms”