Philip Bump has a column at WaPo that is wonderfully insightful, and I endorse it heartily. It is headlined To many on the right, perceived toughness outweighs patriotism.

Bump noticed, as I did, that there was a big divide over how media reacted to the withdrawal of Simone Biles from the Olympic women’s team gymnastics competition (she has since withdrawn from individual competition also). Looking at all the commentary around the web, the mainstream media is generally supportive of Biles, as are leftie webzines and blogs.

But right-wing media was nearly all nasty and derisive. Typical comments: Biles is a quitter; she’s selfish; she’s a sociopath (?), she should have stuck it out for the team.

“We are raising a generation of weak people like Simone Biles” pic.twitter.com/yDLtblAS35

And, of course, by ending her Olympic competition Biles is letting down America, because the entire point of the Olympic games is for the United States to demonstrate that it’s so much better than those other countries. Do see this column in the federalist if you don’t believe me.

I always thought the Olympics was supposed to be about competing, and winning, for your country. As an American, the Olympic Games always felt like a unique opportunity to utterly defeat other countries and prove, again and again, that the USA is the greatest country on earth, and other countries suck.

Apparently, things have changed. For some U.S. athletes, the Olympics has become all about them.

First, I am old enough to remember when the USSR and various Soviet satellite countries owned the gymnastics competitions, men’s and women’s, at the summer Olympics. Nobody else need compete. The Soviet men also tended to dominate the “muscle” events, like weight lifting and hammer throwing, as I recall, and the Soviets overall were usually competitive for medals in the other sports as well. If the Games were supposed to demonstrate the supriority of the American Way of Life over Communism, they usually failed. Olympics after Olympics, the Soviets ate our lunch.

(Just for fun I randomly chose the year 1960 and looked up the medal count. Yep; the Soviet Union beat the pants off the U.S. in the medal count. That was true for most Olympics, for a long time.)

Second, I thought the Olympic Games were about, you know, sports. Lots of peak athletes from all over the world getting together for great competition. Silly me.

Of course, a lot of the derision aimed at Biles is plain old racism and sexism. If a white male gymnast had done the same thing, there’d be a lot less hollering. I also thought that her decision seemed less selfish than self-effacing. She may have believed she would have destroyed the team’s chances at a medal. As it was, her team members shined, and the team got silver. I don’t see what’s selfish about that.

But as Philip Bump wrote, “For many Americans, Biles’s choice not to keep flinging herself around the gymnasium despite her uncertainty about where she would land was a grievous offense, an affront to their hard-earned right to chant ‘U-S-A!’ in their living rooms.”

So who’s being selfish? Biles has obligations to her sport, to her team, and to herself, not to some meatball on his sofa in Des Moines. And I don’t see that anyone who hasn’t been in her position (which is most of us) has authority to call her “weak.”

From there, Bump went on to right-wing reaction to yesterday’s testimony at the January 6 hearings. The testimony was powerful, and the officers who testified spoke to the long-term physical and mental challenges of that day.

The Right was incensed that the officers were critical of Trump and the insurrectionists, of course. But Bump continues,

The officers became a focus of aggressive abuse, often centered on a perceived lack of strength. That the officers became emotional was presented by conservatives as weakness, both personal and national. One officer’s testimony about enduring racist abuse was dismissed as invented. Another officer shared a voice mail he’d received in which he was excoriated in shockingly aggressive and homophobic terms.

The through-line to all of this is the idea that American heroes are necessarily stoic and suffering, demonstrating the sort of rigid “masculinity” that the insecure demand of their children. Olympians and other athletes are supposed to shut up and let us enjoy their accomplishments and fame. Members of law enforcement and the military are supposed to keep the bad guys in line and to be tough while doing it. The only emotions they’re allowed to show are anger or triumph.

That belief blends with political culture. Part of Trump’s appeal was his perceived toughness, his aggressive language about immigrants and foreigners and his constant attacks on the left.

This is something that always baffled me. Trump has got to be the biggest candy-ass on the planet. There’s absolutely nothing about him that’s strong; he’s both mentally and physically weak, obviously. But he’s tough! Well, he’s verbally aggressive, which can sorta kinda look like toughness. But his aggression is all about protecting himself. Everything about Trump is self-defense of his tender ego. Strong people can take lumps without whining; Trump cannot.

His followers cannot see that. Just look at some Trump fan art. They see him as some kind of superman, not the soft, whiny man-child he obviously is.

As I wrote last year, Toughness Isn’t Strength, Unless You’re a Brillo Pad. “The word toughness can connote an ability to withstand hardship and adverse conditions,” I wrote. “But we all know that ain’t Trump. Trump’s form of ‘toughness’ is external. It’s hiding behind fencing and steel and bullet-proof plexiglass. It’s having a tough outer shell that protects the marshmallow center.”

The Right hates what they think is weakness, which isn’t true weakness, but never mind. At the Independent (UK), Andrew Naughtie writes about yesterday’s hearing,

If there’s one thing the hardcore American right hates, it’s the admission of personal pain by someone who’s meant to be strong. …

Tucker Carlson, Fox News’s ever-crueler weeknight peddler of disinformation and racist grievance — and his more composed but no less corrosive comrade Laura Ingraham — both laid into the witnesses without mercy, variously accusing them of “curating” their testimony, lying about the pain they’ve experienced, and mocking their tears. They took issue, too, with the empathetic displays of emotion from male members of the committee.

Try to imagine Carlson or Ingraham facing actual hardship with grace and fortitude. I can’t.

I found an older post called Twilight of the Would-Be Gods from 2007, which is obviously way before Trump. But it kind of speaks to the same phoneomenon.

… Righties depend on that sugar high of vicarious vainglory mixed with loathing of others to give their lives meaning. But most Americans are sick to death of junk politics and policy. They want real leaders, not the strutting tin soldiers righties mistake for leaders.

I guess they love Trump because he can supply the vicarious vainglory by the truckload. I’ll give him that. But many, many books could be written about how phony John Wayne-style emotional toughness has so thoroughly screwed up too many American men and no doubt contributed mightily to our toxic masculinity problem.

So “toughness” is patriotism and repressing emotions is masculine and the meatballs on their sofas in front of the teevee are pissed that a young Black woman in Tokyo won’t let them get their faux patriotism fix. This is really pathetic. 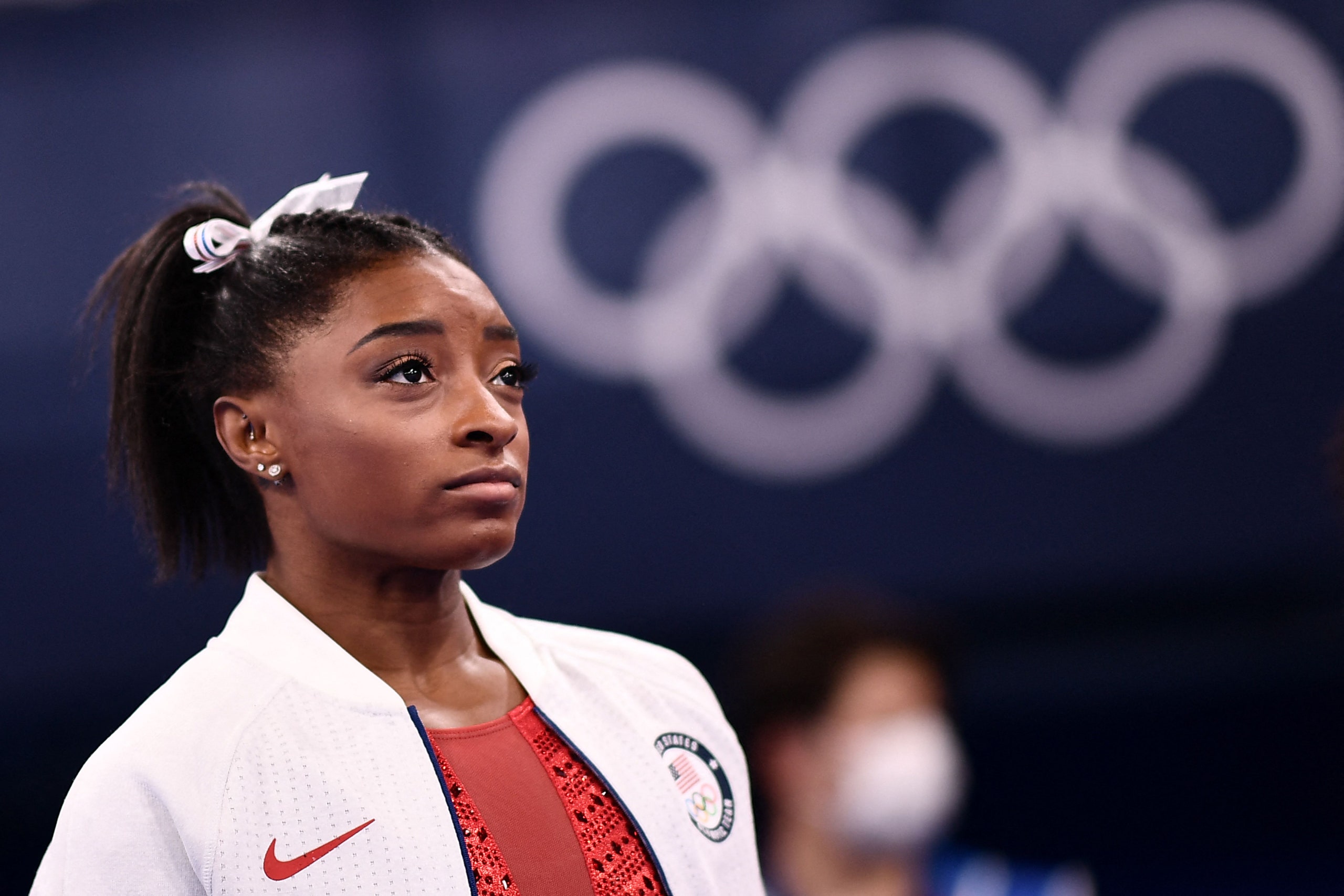