My favorite headline today, so far: Finally, Biden Cracks Down on Unvaccinated Snowflakes. In this article, Matthew Cooper writes,

When you get past all of the enumerated steps outlined in the president’s plan, the bottom line of the Biden approach is cracking down and cracking heads. This was Clint Eastwood’s Gran Torino Biden in full “Get off my lawn” angry murmur. “Our patience is running thin,” Biden said to the jab free. There was no more c’mon-in-the-water’s-fine. It was a series of demands. If you work for the feds as an employee or contractor, you have to get a shot—no dodging with frequent testing. If you work for a company with 100 or more employees, you either get a shot or get tested often. We’ll use Medicaid, Medicare, Head Start, and any other program we can to make sure health care workers and educators get shots. He cited Fox News by name for requiring vaccinations—and then attacked Ron DeSantis and Gregg Abbott by name for their war on school districts with mask mandates. “Pandemic politics,” Biden sniffed. He vowed that the feds would reimburse any educators who had their salaries cut for defying the Florida and Texas governors’ anti-mask crusade. Biden also implored where he couldn’t use his power, even asking concert venues to impose vaccination requirements.

The provisions in yesterday’s speech have probably been in the works for a while. I suspect those provisions were written carefully to be sure the administration stayed within precedent and constitutional powers. As I have written in the past, public health emergency powers are generally considered to belong to state and local government. But it seems to me Biden used every loophole he could use.

The Right is going ballistic, as expected. They’re hollering about “civil disobedience” and legal challenges. Amber Philips writes that the Biden provisions are built on solid constitutional law and precedent, and the challenges ought to fail. I say “ought to” because we have too many unqualified Trump judges sitting on too many benches. It’s also the case that it might take a while before we see significant reduction in covid cases.

But let’s be clear what is happening right now. This is from William Saletan, Why the Party of 9/11 Couldn’t Handle Covid-19 at Slate.

Since the beginning of May, the rate of COVID deaths is more than 50 percent higher in red states than in blue states. When you break down the numbers by county, the gap is even worse. Death rates are nearly twice as high in red counties as in blue counties, and there’s a direct correlation between COVID fatalities and support for Trump. In counties where Trump got 60 percent to 80 percent of the vote, the death rate is twice as high as in counties where he got less than 40 percent. In counties where he got more than 80 percent of the vote, the death rate is three times as high.

This catastrophe dwarfs any terror attack. So far, COVID-19 has killed 650,000 Americans. That’s more than 200 times the death toll of 9/11. It’s nearly 100 times the combined number of U.S. military casualties in Afghanistan and Iraq over the past 20 years. In August alone, the virus killed 30,000 Americans. That’s a 9/11 attack every three days.

And as long as so many people are offering their bodies as petri dishes for the development of new variants, it’s possible some variant will come along that can’t be controlled by any means.

It’s also the case that Republicans seem to be overestimating the political reach of vaccine resistance. About 65 percent of Americans over the age of 18 are fully vaccinated, and over 75 percent have had at least one shot. Older people — a key Republican constituency — are more likely to be vaccinated than younger people.  Suburban voters that Republicans desperately need are more likely to be vaccinated than rural voters. Polls show that a solid majority of Americans support mask and vaccine mandates.

Republicans also don’t seem to realize that most large businesses will gladly use Biden’s directives to force their employees to be vaccinated. Many were already doing so. The bleeping pandemic is costing them bleeping money. A vaccinated workforce is more stable than an unvaccinated one. Employers probably will strongly incentivize employees to take the vaccination option rather than submit to weekly testing, which will cost some administrative overhead, at least.

For that large majority of Americans who already are vaccinated, the hysterical screaming coming from the resisters is just ridiculous. Snowflakes, indeed.

As of now, 5.64 billion doses of covid vaccines have been administered worldside. This has been going on for about ten months, right? We have lots of data showing the vaccines greatly reduce hospitalizations, deaths, and the spread of infection. There have not been widespread, severe side effects. Get the bleeping shots, people.

Josh Marshall writes that this isn’t just good policy, but good politics. So does Tom Sullivan at Hullabaloo.

Dan Pfeiffer notes that while Republicans think they can weaponize masks and mandates for the midterms, they may be misreading the room. Vaccine mandates enjoy widespread support in a Politico/Morning Consult from August: about 55% including a third of Trump 2020 voters.

To capitalize on that Democrats need to do three things, Pfeiffer writes. They need to make Republicans wear their opposition to vaccine and mask mandates like an albatross and “hold them accountable for enabling the unvaccinated minority to put our children in danger.”

I absolutely agree that Democrats need to be talking from now until the midterms about the ways so many Republican governors and other office holders put children, and all of us, in continued danger. Vaccines work, and masks do reduce the spread of infection if most people wear them.  Righties can scream that Biden is an authoritarian, but he’s not the one trying to block local governments from mitigating vaccine spread or forcing cruise companies to accept unvaccinated passengers. 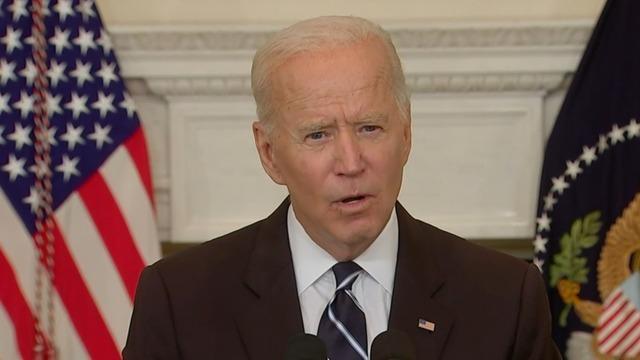