Mark Joseph Stern explains at Slate that yesterday the SCOTUS ruled on two cases in which police officers were sued for unconstitutional use of force that violated 4th Amendment rights. The officers asked for the suits to be dismissed, citing qualified immunity.

“Surprisingly, the courts of appeals denied the officers’ requests, allowing both cases to go to a jury. These decisions were unusual because the Supreme Court has imposed a stringent requirement on civil rights plaintiffs suing state officials, including police: They must not only prove that an officer infringed on a constitutional right but also that this right was “clearly established” at the time. Unless there is precedent explicitly stating that the officer’s conduct was illegal, the victim cannot even take their case to a jury. Instead, a judge must throw the case out by granting the officers qualified immunity.

“This rule, which the Supreme Court made up out of whole cloth, has wreaked havoc on Fourth Amendment rights, preventing countless victims of police brutality from getting their day in court. Most lower courts apply the doctrine vigorously, granting qualified immunity unless there is a precedent with virtually identical facts. If a victim cannot point to a past decision in which a court found that the exact same conduct was unconstitutional, they lose immediately.”

I looked up both cases, which began as domestic violence complaints. One involved a white man on meth who was fatally shot because he was brandishing a hammer in a threatening manner and wouldn’t drop it. The other was a man whose race I couldn’t identify, but I take it there was a brief struggle on the ground with an officer who was trying to remove a knife from his pocket. For eight seconds the officer had a knee on the man’s back, which prompted the suit. This guy had been terrorizing his lady friend and her daughters, and he appears to have not been injured in the arrest

I don’t want to get too deeply into the weeds of these two cases, because (assuming the facts presented are reliable) neither was as off-the-charts wrong as what happened to George Floyd or Breonna Taylor. But it does appear we’ve stalled a bit on police reform.

Or maybe police reform will happen another way.

In the past two years, covid has killed more active-duty police officers than all other causes combined. In spite of this, a lot of cops, and police unions, are resisting vaccination. A lot of them are now up against a mandate wall — get the shot, or quit. And a lot of them are quitting. I’ve been cruising around the web reading stories from several major cities, and I’m seeing that 30% or more of some police departments are refusing to vaccinate. This is much lower compliance than among, for example, hospital workers. All over the country cops are begining to turn in their guns and badges rather than submit to vaccination. Several city police unions are urging members to not report their vaccination status.

Here’s the president of the Chicago police union on Fox News this week. The city is making cops report their vaccination status, he says. Having to report vaccination is dictatorship! The teachers don’t have to report their vaccination status! This is confusing, because both cops and teachers in Chicago at the moment have the same option — they must be vaccinated or submit to weekly testing to stay on the job. Teachers do have to submit some kind of proof to confirm their status, several news stories say. I honestly have no clue what his issue is about reporting vaccination status and how cops are being picked on but not teachers.

I sincerely hope city authorities don’t cave in and drop the mandates. Yes, it’s going to be hard for these cities, and police departments, until they can staff up. But I’m going to go out on a limb and speculate this may be a good thing in the long run. Because there’s almost certainly a strong correlation between vaccine resistance and Trump support / toxic masculinity / white supremacy among the cops.

So what’s with the vaccine hesitancy? You’ll run into a burning building but won’t get the shots that soon every 5-year-old will need in order to go to school? You let the city tell you what kind of hat to wear, but helping fight the plague that has killed 700,000 Americans is a bridge too far. Why?

OK, I know the answer: Chicago cops don’t want to be told to take the vaccine because they’re Red State white bread Trumpies huddled in their walled enclaves in Blue State multicultural Chicago. Not taking the vaccine is the middle finger to science and authority that, being cops, they just can’t deny themselves.

It’s their William Wallace cry of freedom. COVID denialism is holy writ liturgy established by their fearful leader in early 2020, and it now has become a cargo cult show of loyalty and faith until his triumphant return. …

… Picture that, for a moment, the Fraternal Order of Police said, “Yeah, it’s important we all get vaccinated, to benefit the Chicagoans we serve and protect?” It’s unimaginable, right? That’s because they’ve become this insular knot of self-serving bullies who are their own worst enemies. Literally more of a danger to themselves than gang-bangers are to them. Who only care about public opinion as fresh fuel for their eternal outrage.

It’s certainly possible some of the vacccinated cops are jerks and bullies, also. And it’s possible some of the unvaccinated cops are not bad people but are just ignorant and believe the disinformation about the dangers of vaccines. As I said, I’m going out on a limb here, and it will be a long time before we know if I’m right. But if there is less police brutality in the U.S. going forward, we have have the pandemic to thank. 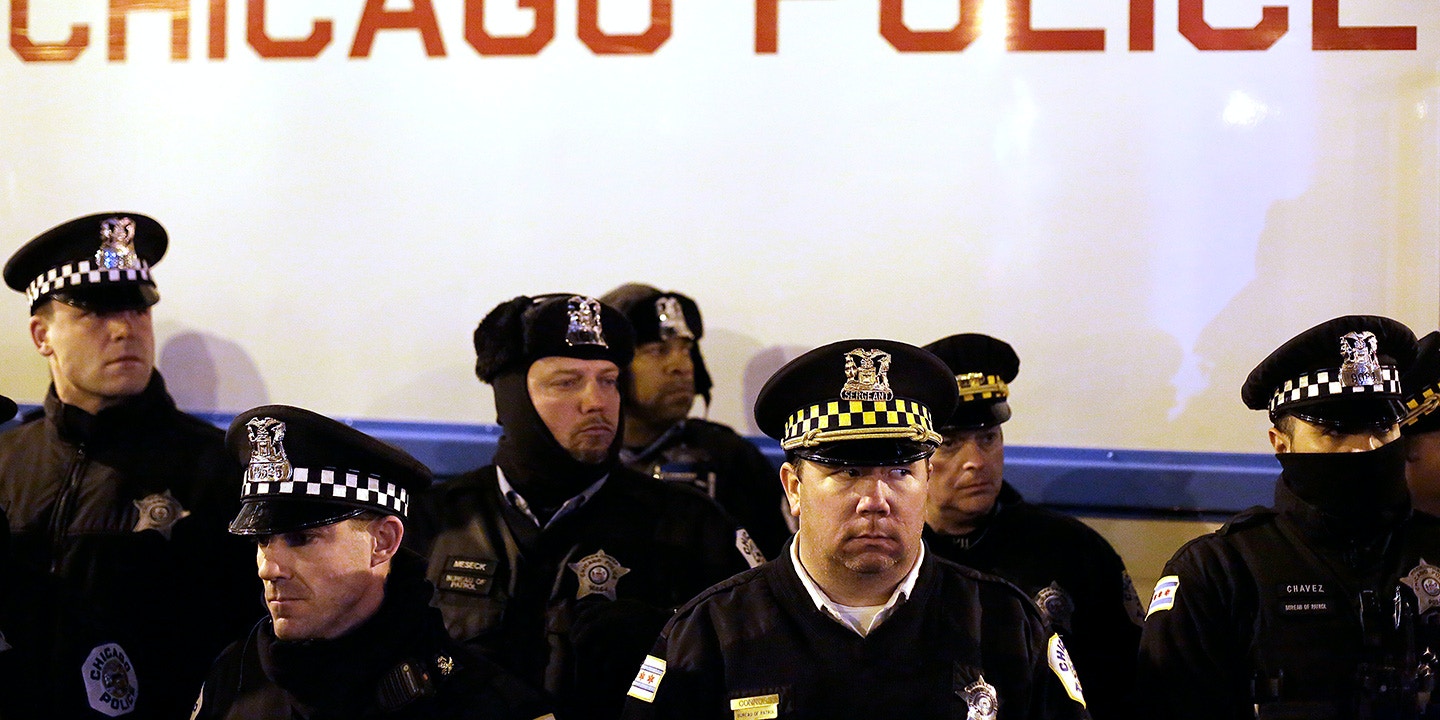