Virtually no Democrat came to Manchin’s defense on Sunday after the White House accused him of double-crossing President Biden. (As White House press secretary Jen Psaki put it, Manchin’s announcement was “a sudden and inexplicable reversal in his position, and a breach of his commitments to the President and the Senator’s colleagues in the House and Senate.”) Maybe Manchin, who has been treated with kid gloves by his former Senate colleague in the Oval Office, did not imagine the White House would release a blow-by-blow account of the negotiations, going so far as to mention Manchin had put his recent proposal in writing.

And perhaps Manchin expected moderates in the House and Senate to ride to his defense. Instead, prominent moderates, including Rep. Abigail Spanberger (D-Va.) and Sen. Christopher A. Coons (D-Del.), expressed shock and dismay. After all, Democratic moderates had gone out on a limb to accommodate Manchin’s demands, allowing him to practically write the energy provisions of the bill. He then made them look like fools, offering up Republican talking points to criticize them as fiscally irresponsible.

Democrats have been treating Manchin very carefully these past several months. They didn’t badmouth him even on MSNBC. Even the progressive Democrats (excluding Bernie Sanders, an independent) have been saying that talks with Manchin were productive and everyone espected to come to some kind of agreement somehow.

Well, that’s off. And so are the kid gloves. TPM says that even the New Democrat Coalition is pissed at Manchin.

The Hill is reporting that Manchin decided to stop negotiating because President Biden was uncivil to him, somehow, but in reading the article I’m just not seeing any incivility that justified Manchin’s blowup of his party’s hopes and agenda. Josh Marshall comments:

The level of pettiness on display here may be difficult to comprehend or believe. But as far as it goes I do believe it.

But the big picture is the important one to understand. For almost a year Manchin has strung his caucus and President Biden along, changing his positions, changing his rationales, being cagey about what he supported or what he would do. He’s strung them along and forced them to play the fool, repeatedly, while being entirely indifferent to the impact of his own actions on the political standing of his colleagues or their deeply held views.

Manchin doesn’t owe anyone his vote. But someone in his position owes the members of his caucus and a President of his own party a strong good faith effort to get to yes, to be candid, not to embarrass or humiliate his colleagues. He failed to do any of those things. And in his mind it was basically fine to put everyone through the wringer. But the first time the White House gave even the most delicate push back Manchin went berserk and blew everything up. That’s petulant and petty and just pathetic. And yet he has the vote. It’s in his power to do.

Manchin has been stringing this out intentionally for months. The deadlines and urgency were meaningless to him. As the President’s popularity dimmed he became more recalcitrant, throwing up a parade of contradictory and often nonsensical objections. The alternative to this was perpetual and indefinite coddling with no end in sight.

I can’t say I’ve paid a great deal of attention to Manchin before this year. I suspect that’s true of a lot of Democrats around the country. Now that I’ve had a better look at him, I want him gone. How in the world did this hothouse flower stay in poilitics so long?

I have to say, though, that the only explanation for Manchin’s behavior is that he’s being paid to blow up the Democrats’ agenda. Maybe he really is that much of a narcissist, but I have a hard time believing he’s screwing his party just out of pettiness. He’s getting paid.

The Washington Post is reporting that Manchin’s final offer included “universal prekindergarten for 10 years, an expansion of Obamacare and hundreds of billions of dollars to combat climate change.” However, it excluded the child tax credit, and this was a non-starter for the White House. There are reports that Manchin has been saying privately that parents just waste the child tax credit buying drugs.

“We told you so,” congressional progressives are hollering. They wanted to keep the infrastructure and BBB bill to remain in tandem. Last month they reluctantly allowed the vote on the infrastructure bill to go forward on President Biden’s say so that Manchin had agreed to a “framework” on the BBB. And now their leverage is gone. Li Zhou writes at Vox:

The bills were coupled for weeks but were eventually separated due to pressure from House moderates and an assurance from President Joe Biden that he’d secure a yes vote from Manchin on the Build Back Better Act. Most House progressives voted in favor of the Bipartisan Infrastructure Framework; in the end, the six House members in “the Squad” were the only ones within the Congressional Progressive Caucus who voted against it. At the time, they reiterated fears that passing the infrastructure bill first would give up any leverage they had to pressure moderate lawmakers like Manchin to consider the Build Back Better Act. …

… “We have been saying this for weeks that this would happen,” Squad member Rep. Cori Bush (D-MO) said in an MSNBC interview on Sunday. “Having [the infrastructure bill and Build Back Better] coupled together was the only leverage we had. And what did the caucus do? We tossed it.”

The Squad was right. Let that be rememered. 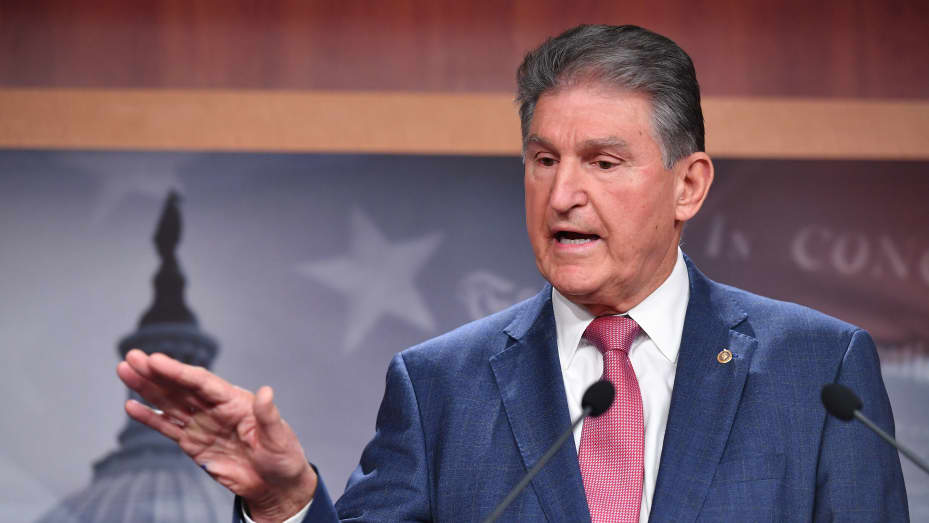 3 thoughts on “The Squad Was Right All Along”