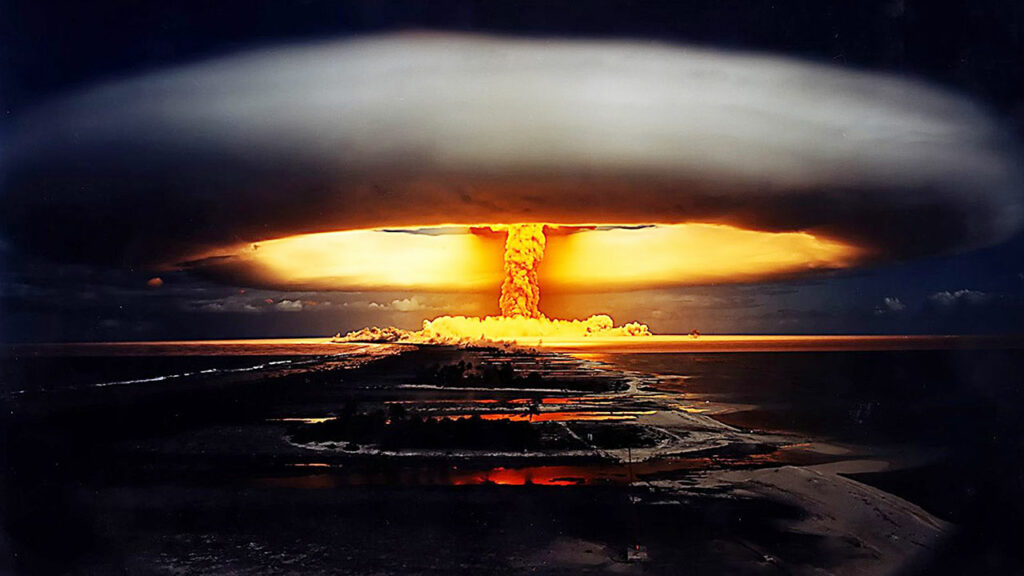 The Inquisition — I mean, the Supreme Court — has dropped the big one, albeit prematurely. Chief Justice Roberts confirmed that the draft opinion overturning Roe v. Wade is indeed authentic, but it may not be final.

The Right is on the warpath vowing to prosecute whoever leaked the opinion, but it’s not clear to me that there is any law covering leaking Supreme Court opinions. It says here that if the leaker is someone with legitimate access to the documents, then there is no crime to prosecute.

It’s interesting, though, that Republican politicians immediately seized on the leak rather than the opinion itself as a source of controversy. For example, Josh Hawley: “The left continues its assault on the Supreme Court with an unprecedented breach of confidentiality, clearly meant to intimidate. The Justices mustn’t give in to this attempt to corrupt the process. Stay strong.”

We don’t know who leaked the bleeping opinion. It might have been Alito himself, for all we know. And why the leak is a cause of intimidation isn’t clear to me. Whatever is happening now is what would have happened if the opinion had been released officially. In some ways, in fact, the leakage dampers the bombshell nature of the decision just a bit. It was an advantage for the conservatives to leak it. Now the right-wing noise machine will be screaming about the leak and hope people don’t notice that the Supreme Court is about to declare that women are cows.

At Slate, Jeremy Stahl points out the pros and cons of who benefits most from the leak, and like me he sees a bigger advantage to the Right than the Left. “It turns attention away from the monumental—and likely to be deeply unpopular—ruling itself, and toward what conservatives are portraying as a dastardly and corrupt breaking of the norms.” It was a smart tactical move, in other words.

(Update: This is from emptywheel—

CNN’s report suggests this leak more likely came from Roberts’ chambers than the most likely other source, Stephen Breyer’s. The most logical explanation for the leak is that Roberts is trying to get his colleagues to adopt a less radical opinion. And if that’s the purpose, it might have the desired effect, both by making it clear what a shit-show the original Alito opinion will set off, but also by exposing the opinion itself to the ridicule and contempt it, as written, deserves.

What happens next is that very soon abortion will be completely illegal in large parts of the South and Midwest, and probably other places. I expect the most conservative states to not make allowances for rape, incest, and maybe not even the health of the mother. Right wingers have argued for years that abortion is never medically necessary to save the woman, which is seriously not true. Right-wing state legislators will be tripping all over each other bragging about how draconian they can be against fertile women.

So yeah, this is serious, but not unexpected.

I’ve been predicting for years that if Roe is ever overturned, Republicans will be sorry. So now I guess we’ll find out if I was right. Historically, promises/threats to end abortion have been very good at turning out the Right but not the Left. Greg Sargent writes today,

During the 2021 gubernatorial race in Virginia, Democrats poured millions of dollars into ads highlighting the GOP candidate’s opposition to abortion. Democrats also raised the possibility that the Supreme Court might gut abortion rights, a message directed right at the Virginia suburbs.

Instead, schools dominated, and Glenn Youngkin became governor. The idea that abortion rights might be gutted in Virginia likely seemed far-fetched to many voters, as the court hadn’t acted yet and Democrats were on track to keep control of the state Senate.

Polls taken earlier this year show that the U.S. public supports Roe by huge majorities. It’s not even close. But how strongly do they support it? We’ll soon see.

In this regard, what happened in Virginia offers a warning. Democrats who worked on that race tell me that internal polling showed that Youngkin’s antiabortion stance was a big negative for voters. But, those Democrats say, getting voters to connect this with the possibility of a Supreme Court ruling overturning abortion rights was a tall order.

It’s an old lament in Democratic politics that getting voters to care about issues that turn on vague long-term threats is a serious challenge. But if the court strikes down abortion rights before November, voters in places such as Pennsylvania, Wisconsin and Michigan might see bans or severe restrictions as a more immediate threat.

According to Pew Research, younger people are more pro-Roe than older ones, so if ending Roe gets the young folks to turn out in the midterms, it could be huge. But again, that’s a big if.

So we’ll see what happens. Best case, the overturning of Roe v. Wade combined with whatever comes out in the June public January 6 hearings could cause Republicans to lose some elections. Worst case, Republicans take back Congress next year and spend the next two years investigating Hunter Biden and passing laws to ban abortion and same sex marriage nationwide, which Joe Biden will veto, but that’s all that will get done. Oh, and they’ll probably pass some more tax cuts for rich people that rich people don’t need. That’s a given. 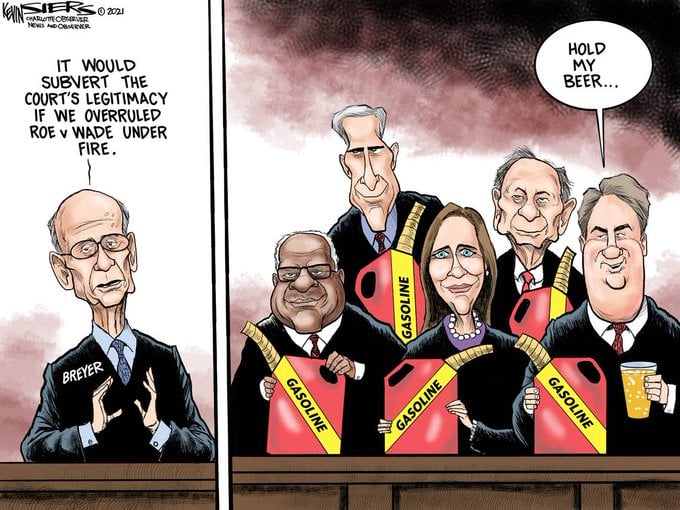