With some fanfare, it’s been announced that there is a tentative bipartisan agreement in the Senate on new gun control legislation. As expected, it’s underwhelming. I agree with Betty Cracker that the agreement is “a band-aid on a sucking chest wound.” It’s better than nothing, but not by a whole lot.

Under the tentative deal, a federal grant program would encourage states to implement “red flag” laws that allow authorities to keep guns away from people found by a judge to represent a potential threat to themselves or others, while federal criminal background checks for gun buyers under 21 would include a mandatory search of juvenile justice and mental health records for the first time.

Other provisions would prevent gun sales to domestic violence offenders beyond just spouses, closing what is often called the “boyfriend loophole”; clarify which gun sellers are required to register as federal firearms dealers and, thus, run background checks on their customers; and establish new federal offenses related to gun trafficking….

…Other provisions would funnel billions of new federal dollars into mental health care and school security programs, funding behavioral intervention programs, new campus infrastructure and armed officers. One cornerstone of the deal is legislation sponsored by Sens. Roy Blunt (R-Mo.) and Debbie Stabenow (D-Mich.) to establish a nationwide network of “community behavioral health clinics,” though the framework does not yet include an agreed funding level for that program or others.

“Encouraging” states to pass red flag laws is mostly useless, since the states that most need them are the least likely to pass them.

Tighter background checks on buyers under the age of 21 might help a little, but I’d be interested to see how many of our school shooters, from Columbine onward, would have failed a background check. Not many, I don’t think. More background checking is always good, though.

Domestic violence offenders of all sorts should not be allowed to have guns, but in practice this kind of provision isn’t tightly enforced by a lot of local law enforcement officers.

More money for mental health counselors in schools would be a good thing, especially if  those counselors are able to screen and treat young people who seem to be spiraling downward toward violence or suicide. But there’s no way the Republicans will appropriate enough money for such programs. They’ll cough up funds for more “hardening” of schools, of course.

What isn’t in this agreement — no assault weapons ban, of course. No increase in the mnimum wage to buy a firearm. No limits on magazine capacity.

I think if this can pass in the Senate I’d say pass it, but then the Democrats should collectively release a statement saying that this won’t do much, but it’s the best the Republicans would agree to. Don’t expect any big change in gun violence, though.

Also, too: The 31 Patriot Front members arrested in Coeur d’Alene yesterday were all stuffed in a U-Haul. Maybe if they’d been in there a bit longer they would have suffocated. Oh, well. 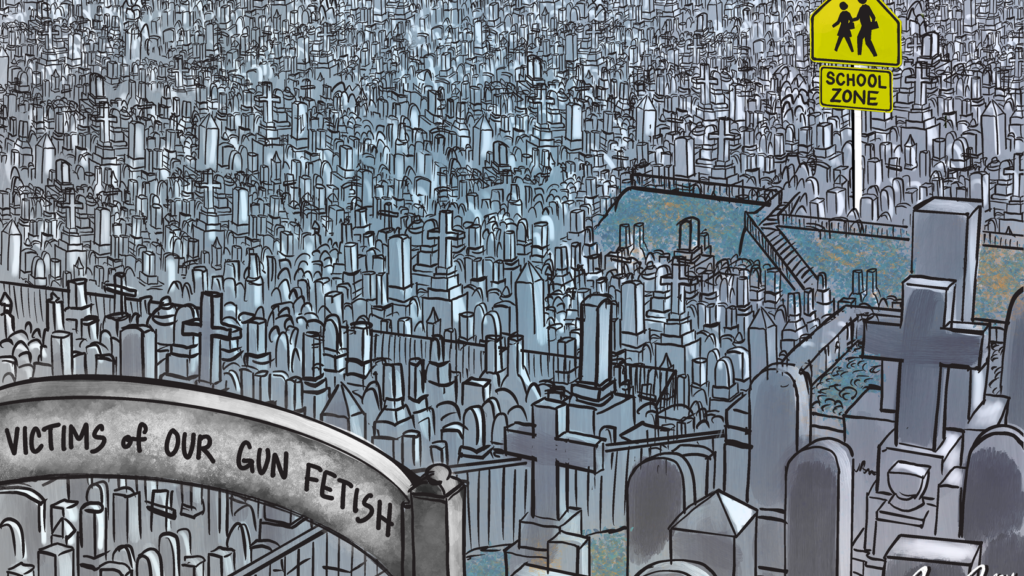 10 thoughts on “A Tepid Little Bit of Gun Reform, Maybe”