A lot of Republicans want Trump to shut up. They want to run on inflation, on border security, on whatever they can spin into an outrage against Joe Biden. But Trump keeps stepping on the message and making everything all about him.

In case you missed it, this happened yesterday.

Trump calls for him to be declared the winner of the 2020 election and be reinstalled as president, or for there to be an immediate do-over of the presidential election. pic.twitter.com/2jE643rpB1

From Huffpost: “Constitutional expert and Harvard Law Professor Lawrence Tribe quipped that if Trump is trying for an ‘insanity defense’ against the various investigations against him, ‘it won’t work.'”

That was shortly before noon. In the middle of the night — according to the timestamp, 1:46 a.m. eastern — Trump returned to the subject. After more incoherent FBI/laptop whining, the former president again wrote, “Declare the rightful winner, or hold a new Election, NOW!”

He never gives up.

In May 2021, by way of his now-defunct blog, he celebrated a poll showing most Republican voters “believe Donald Trump is the true president.” In June 2021, The New York Times’ Maggie Haberman reported that Trump “has been telling a number of people he’s in contact with that he expects he will get reinstated” to the presidency by August 2021.

Around the same time, CNN ran a related piece, reporting that Trump has “been asking advisers in recent weeks if he could somehow reassume the presidency this year after listening to farfetched suggestions from conservative commentators and allies.”

Sometime around September 2021, Trump allegedly asked Republican Rep. Mo Brooks of Alabama to work on rescinding the 2020 results and “immediately” putting him back in the White House.

In October 2021, referencing a weird election conspiracy theory out of Arizona that has long since been forgotten, Trump wrote, “Either a new Election should immediately take place or the past Election should be decertified and the Republican candidate declared the winner.”

For reasons unknown, he’s apparently become fixated on this anew.

The reason unknown, I suspect, is that he knows the feds could be closing in on him this time.

Molly Olmstead writes at Slate that “Donald Trump went on what can only be described as a meltdown on his social media platform TruthSocial.” Among the “crazy even for Trump” stuff was a QAnon claim that the military is investigating the FBI, CIA, and NSA. Again, it isn’t that mysterious why he’d want to believe that.

As Steve Benen reminds us, “The Justice Department warned last year that the former president’s delusional claims about returning to office could fuel more political violence from his most rabid followers. The Department of Homeland Security raised related concerns.” I suspect that’s exactly what he’s doing; he’s priming his culties to be ready to rumble at the first sign of indictment.

Fortunately, the reach of Truth Social is somewhat limited by the fact that Google Play won’t distribute its Android app.

But all of this ranting from Trump is throwing the Republican Party off its game. More sober heads in the party want to be talking about what they see as the failures of President Biden and congressional Democrats more than the 2020 election or even Hunter Biden’s laptop. (Frankly, if there were anything that incriminating on the laptop we would have heard about it by now.)

Some top Republicans acknowledge the growing angst and concern, as it’s become clearer that Trump may have been warehousing some of America’s most sensitive secrets in an unsecured basement — and even refused to turn them over when the National Archives and Justice Department tried to recover them. One top Republican fundraiser asked to describe the mood among donors, said, “There is enormous frustration.”

“The question is, is there willingness to express that frustration,” the fundraiser added. “I don’t know the answer to that. But there is real frustration, and with the exception of people who are too stupid to understand the need to be frustrated, it is nearly universal.”

Greg Sargent writes that the GOP seems to be ripped in half:

As Donald Trump’s legal travails deepen, a strange split-screen effect has taken hold throughout the GOP. On one screen, Republicans are increasingly anxious about revelations involving Trump, while concocting ever more inventive ways to achieve distance from them.

On the other, GOP candidates in crucial midterm contests are, if anything, getting more Trumpy. They’re not just aggressively defending Trump; they’re also enthusiastically embracing the many pathologies he brought to our politics, and even imitating his mannerisms.

This captures an essential tension about this moment. Many Republicans apparently remain deeply convinced that Trump and his preoccupations are an indispensable source of political energy for their 2022 campaigns. Yet coming revelations about Trump might keep rendering that energy more toxic in swing states and districts.

A lot of the Republican candidates who won the midterm before the Mar-a-Lago document search didn’t have anything else to run on except how Trumpy they were. By the time we get to the general, that may or may not work for them. 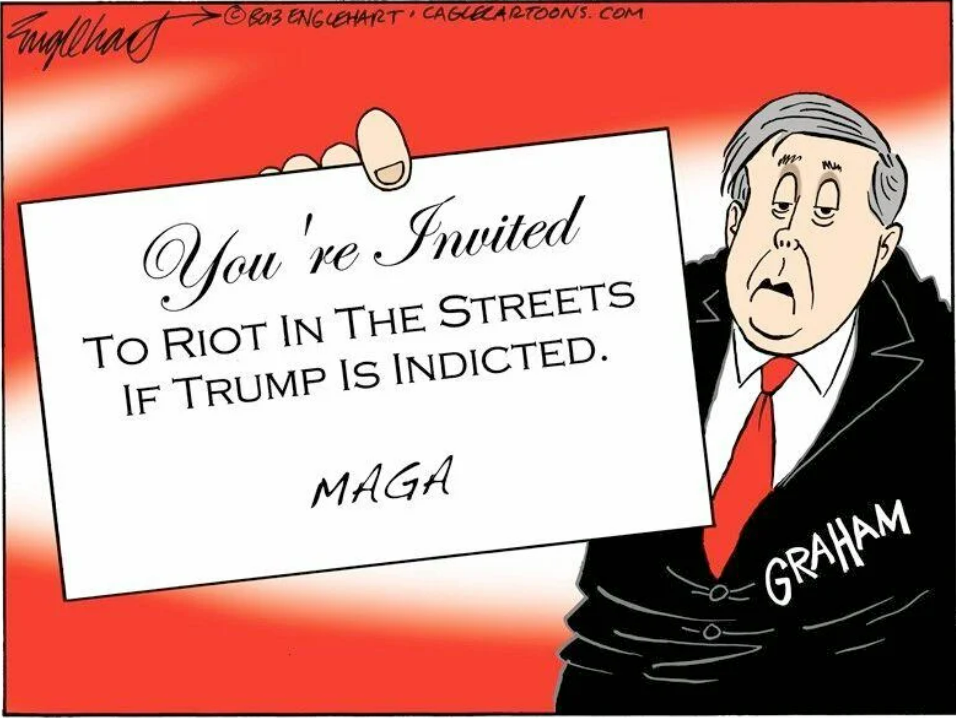 9 thoughts on “Trump Can’t Get Out of the Way”