Worth watching. The Russian “military” may be about to implode.

Also, this is what retired Lt. Gen. H.R. McMaster said on Face the Nation on Sunday.

LT. GENERAL H.R. MCMASTER: Hey, good morning, Margaret. It’s great to be with you. Well, this is a tremendous victory for – for the Ukrainians. And it’s a victory that I think that they could turn into a cascading series of defeats of Russian forces. This is the – the encirclement of Lyman and the- and the Russian forces pulling back, but also, in the last two days, the Ukrainians also simultaneously defeated a Russian- a Russian counterattack and also made progress further in the south near the strategically important city of Kherson. And I think, Margaret, what we might be at here is really at the precipice of- of really the collapse of the Russian army in Ukraine, a moral collapse. And- and I think they must really be at a breaking point. If you look at just the numbers of casualties, the vast area that they’re trying to defend, and now, of course, Russia is trying to mobilize conscripts and send them to- to the front untrained. And I think it’s very important to- to also understand that these forces that are in full retreat now out of Lyman were really the first round of mobilization. Remember when Putin was trying to recruit more and more people with paying about three-times the- the average wages to get so-called volunteers to go forward. Those forces were hastily trained, thrown into that front, and these are the forces that are collapsing just right right now.

Today’s big headline at the Washington Post is Ukraine hammers Russian forces into retreat on east and south fronts. Ukrainian troops are pushing further into the areas Russia allegedly “annexed.”

Meanwhile, Tucker “Axis Sally” Carlson is a big hit on Russian television for blaming  everything on Joe Biden, saying that if there is nuclear war it will be entirely Biden’s fault.  At least CPAC recognized it had gone too far —

I haven’t seen any recent polling on U.S. public opinion on the Ukraine War, but I have a real hard time believing that anyone not plugged into Fox News half the time has much sympathy for Russia in this, or blames President Biden.

This is going to drag on for a while, but in the long run I don’t see any way this is going to end that doesn’t involve some variation of bye bye, Vlad. 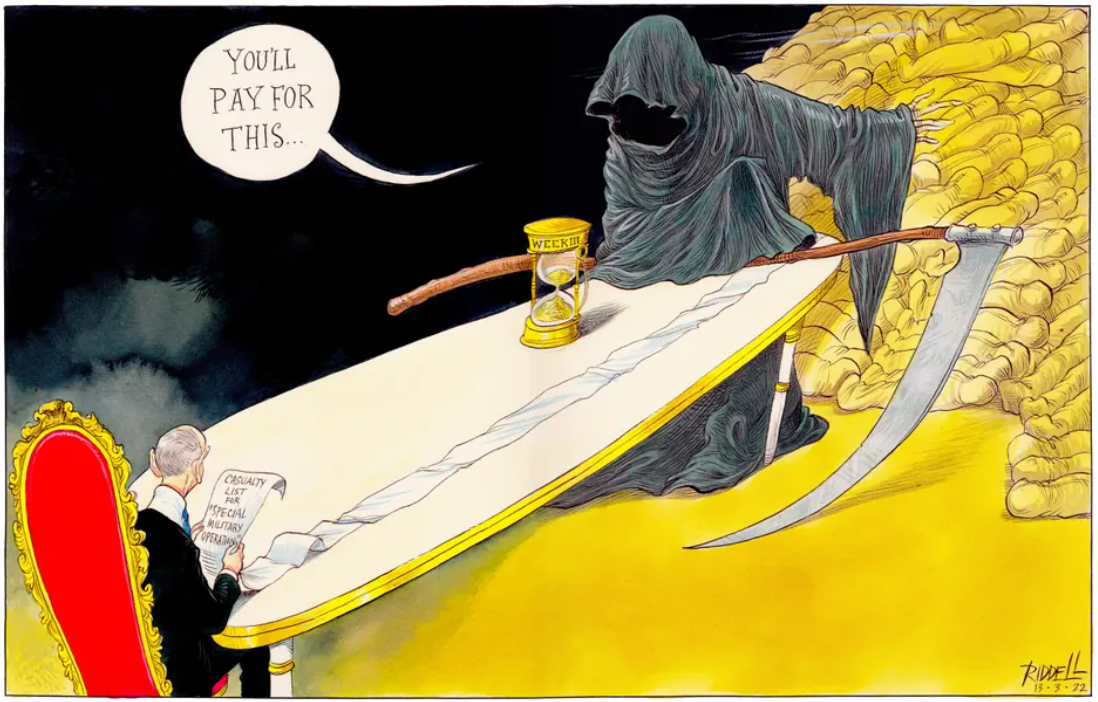 6 thoughts on “Today on the Eastern and Southern Fronts”