April 8 is Buddha’s birthday in Japan. I guess that other holiday somebody’s having today is nice, too. Here’s my Christmas present, which I’m bringing to you with some trepidation, as I fear a lot of hits will overwhelm the host site. But Christmas is a low-traffic day, so … I’ve mentioned I sing with a community chorus, The Westchester Chorale. A local cable company videotaped the chorus’s recent concert and put the video online. So here’s some Christmas music, including the first part of Messiah and Hallelujah Chorus, plus a couple of shorter pieces. Sorry we don’t have an orchestra, but we’re on a budget. (If by chance some philanthropic music lover sees this and wants to become a benefactor, contact the Chorale via the website.) The organist was good, though. If you don’t have software to view it, I recommend RealPlayer, which is a free download.

My personal favorite part of the concert was the countertenor soloist, Jeffrey Mandelbaum. He starts singing just before the 29 minute mark. If you aren’t accustomed to countertenors, prepare for a bit of a surprise. Then enjoy the beautiful voice. The other soloists are good, too.

The host site is a local community cable site that probably gets 100 visitors a week, so if the video isn’t coming up we may have swamped their server. Let me know in the comments. 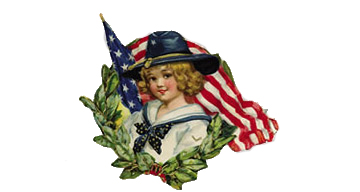 Update: A consensus is forming on the Right that Sarah Palin quit because liberals kept saying nasty things about Trig. (I do think HuffPo went too far yesterday with the “retardation” post, but I see the author removed it.)

Update: At Comment Is Free — Mark Sanford and Me.

Update: Put this in the “what I said” department. I wrote after the first round of “tea parties” last April:

There are plans for a bigger event on July 4, but I wouldnâ€™t be surprised if the powers behind yesterdayâ€™s tea parties quietly drop plans for follow-up events.

David Weigel reports for the Washington Independent that the local organizers of the April “parties” have organized more events for today. But unlike the April events, this time the GOP and right-wing media are not hyping them.

But the collaboration between the official Republican establishment and the Tea Parties has not lasted into June. The RNC has no plans to get involved with any Tea Parties. A spokesman for Rep. John Boehner (R-Ohio), who jaunted around northern California to attend several Tea Parties, said that his holiday plans were private but would probably not include Tea Parties. Gingrich will not attend any of the Tea Parties, although he recorded video messages for events in Birmingham and Nashville â€œat the request of the respective organizers,â€ according to spokesman Dan Kotman.

Media coverage has also gotten a little bit more scarce. Coverage on Fox News has largely been limited to interviews with Tea Party organizers on the networkâ€™s morning shows. While sources at Fox would not discuss their plans for covering the weekend events, they confirmed that no anchors would be attending and that the attendance and news value of the events looked to be lower than that of the April rallies. Tea Party organizers are counting, instead, on local news coverage and on distributed reporting such as the conservative news site PajamasTV, which hosts an â€œAmerican Tea Partyâ€ show and has asked readers to submit their own videos from their rallies.

Excuses are being made for lack of media coverage — “it’s not a novelty any more” is one — and one of the local organizers says she likes having a smaller event so she can meet more of the people who show up. We can all enjoy reflecting on the logic of that, I think.

However, I think the real reason the Powers That Be in rightie politics and media are drawing back from supporting the “tea parties” is that they were genuinely embarrassed by the April events. The April parties may have involved only as many as 300,000 people nationwide, which was pathetic enough. But more than that, the parties turned into freak shows. Many of the participants who got the attention of television crews were genuinely demented, and frightening. Not to mention confused.

I’m saying the financial backers of “The Movement” decided to keep some distance between themselves and the “teabaggers.” As I predicted.