Somebody pass this on to John McCain — 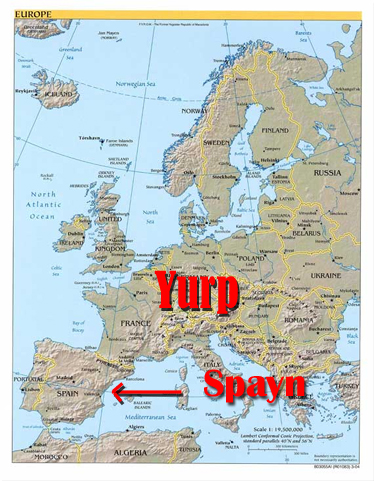 Or, McCain in Spain has fuzzies in the brain.

Update: Several hours behind the blogs, the professional press catches up.

Time, “The Pain in Spain Falls Mainly on McCain”

8 thoughts on “McCain Can’t See Spain From His House”