Here’s a chart I found at the Kaiser Foundation site (source): 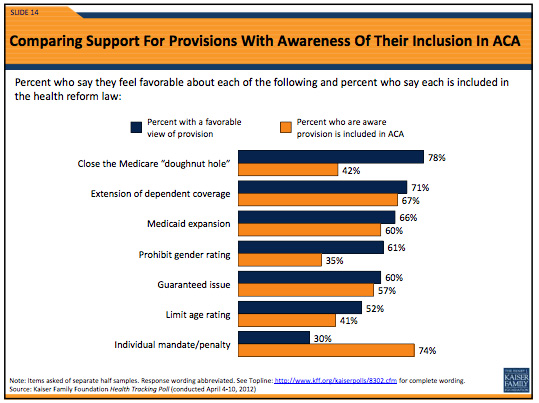 Yesterday I ran into some articles saying that if the ACA is struck down or repealed, all hell will break loose in the health care system. See “How An â€˜Obamacareâ€™ Repeal Would Take Medicare And The Rest Of The Health Care System With It” and “If The Health Care Overhaul Goes Down, Could Medicare Follow?”

All those seniors who are now getting free preventive care exams and better pharmaceutical benefits would lose them in a twinkle if the ACA goes down. I wonder how many of them actually understand that?

3 thoughts on “Dying of Ignorance”