My Grandpa finally home from the Western Front, some time in the summer of 1919, with Granny and my Dad. (Look at all the crochet stuff! Granny used to crochet a cover for anything that stood still for more than ten minutes. I still have a shawl she crocheted stored away somewhere.) 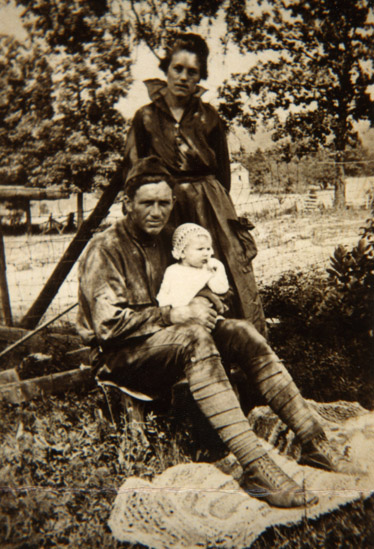 ALso, too, do read Gary Wills, “What Romney Lost.”