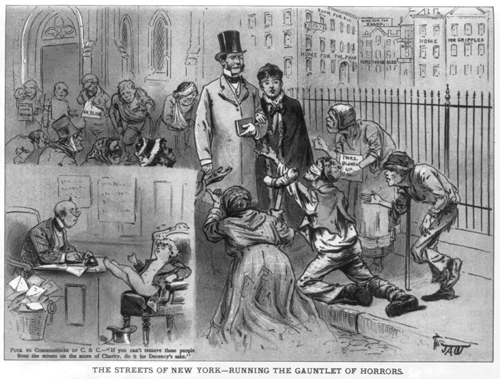 Of all the arguments that try to support Hillary Clinton’s candidacy, and undermine Bernie Sanders’s, this one must be the dumbest — the argument that Bernie support is coming from “privileged” types who won’t suffer if Donald Trump or some other right-wing whackjob is elected.

First, the data coming from the primaries tell us that Clinton voters are on average both older and more affluent than Sanders voters. So much for the “privileged” argument. Here in the greater NYC area, you can go to wealthy white communities like Scarsdale and see “Hillary Clinton for President” on every other Audi bumper.

Second, the argument assumes that only Hillary Clinton can beat Trump or Whatever in November. Personally, I suspect any reasonably presentable vertebrate could beat Trump in November, and Cruz, too. Current “head to head” polls, for whatever they are worth, have Clinton beating Trump by an average of 11.2 points, a factoid that has been splashed robustly all over social media as “proof” that Clinton must be supported.

But the same polls have Sanders beating Trump by 17.5 points.Â  Likewise, Sanders does better than Clinton against Cruz.

If Republican voters were to wise up and choose Kasich, however, he would beat Clinton handily. That’s what the polls say — Kasich by 6.5 points — and that’s what my guts say, also.Â  The same polls currently have Sanders beating Kasich by one point; it’s pretty much a tie. And while Kasich is a long shot, given the, um, situation the Republicans are in, nobody could be ruled out. A contested convention could nominate anybody.

The “only Clinton can win” hysteria seems to have arisen from the notion that as soon as everyone finds out Sanders calls himself a “socialist,” voters will stampede to Clinton. But IMO the ones most likely to stampede will be voting Republican, anyway. This argument ignores the fact that Clinton is more disliked than liked (see poll results).

Trump’s “unfavorable” rating is even higher, of course, which is why he would lose to a can of soup. And why I am very weary with arguments that we progressive voters have to settle for a candidate we don’t like and didn’t choose because otherwise we’ll end up for President Trump.