So the Great Democratic Reboot was rolled out today. Let me express why I am underwhelmed.

First Mistake. The Reboot was announced with an op ed by Nancy Pelosi in the Washington Post and an op ed by Chuck Schumer in the New York Times. Â The CNN story has a photo of Schumer and Pelosi together. I’m not seeing it in many other places.

This would have been a nice time to put some other faces forward, especially faces from Rust Belt or other states that aren’t already solid blue. Sen. Sherrod Brown of Ohio might have been a good choice. Â Or how about Al Franken of Minnesota? He’s great on the teevee. I was looking at a list of Democratic senators and realized there are several I’ve never heard speak, ever. Same thing with the House Dems. Isn’t in time for the old guard to let some of the younger people be The Face of the Party?

Instead, we get the same old faces who have spoken for the party since Reconstruction — a senator from New York and a congresswoman from San Francisco. And the Dems need to realize that in red country, people especially hate Pelosi. I acknowledge that isn’t fair to Pelosi, but it is what it is. If you want to reach voters who are not loyal Democrats already, don’t put Pelosi’s face on the message.

Second Mistake. The messengers probably won’t matter, however, because the news is focused on Jared Kushner’s testimony to the Senate investigators today. The Reboot will come and go with most of the nation not noticing.

Third Mistake.Â The Rollout features three main ideas: One, the Dems commit to creating 10 million full-time, good-paying jobs in the next five years, or I assume in whatever five-year period follows implementation of the Democratic plan to do this. Two, Dems will fight monopolies and big corporate mergers. Three, they pledge to lower the cost of prescription drugs.

Excuse me while I yawn. If you have trouble falling asleep, skip the Ambien and just read the Great Democratic Reboot to yourself. It’s non habit forming, I promise. 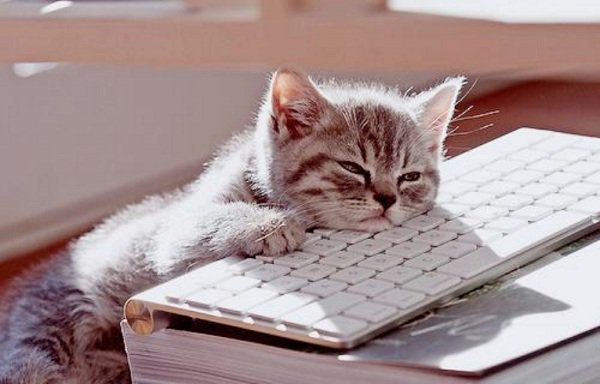 Now, I’m not saying these are not worthy goals; of course, they are. But to working-class folks this is going to come across as more blah blah blah.

Not everyone will be thrilled with this strategy. Centrists in the party may worry that this tactic risks making Democrats look like far-left ideologues, and argue that the party lost last fall because its leader was already seen as too far to the left for most voters.

That anyone would consider those three points to be “far left” tells you how out to lunch too many Democrats are.

And those closer to the Bernie Sanders (I-VT) wing of the party will charge that Democrats have still done little to shake theirÂ ties to elite donorsÂ and should much more firmly embrace universal programs, like aÂ single-payer health care modelÂ and free college tuition for all.

I wrote last week why I thought Democrats ought to be making all the noise they can about health care right now. Another shovel-ready issue Dems ought to be talking about is infrastructure. Â The Reboot plan does mention infrastructure, but IMO it should be more prominent.

The U.S. is sitting on a $4 trillion infrastructure time bomb, the BBC says, as our roads and bridges and dams and tunnels and the power grid and airports and public transportation systems rot from underfunding and neglect. Why aren’t we putting the nation to work fixing this stuff? This is something tangible and understandable; vague bleats about jobs in a generic sense comes across as empty promises.

Democrats may think they already tried to sell that idea back in 2009, but most people here in red state land heard little about it except that it would cost a lot of money. The big block to the plan, of course, is that it would be a big outlay of tax dollars (although once the bridges have collapsed and the roads are no longer drivable, we’ll end up spending more to rebuild them). Â Donald Trump promised an infrastructure plan, but what little he ever trotted out amounted to tax incentives to private companies to fix infrastructure, which frankly makes no sense to me.

Other criticisms I’ve heard about an infrastructure plan is that the nation is short of skilled workers to carry it out. Okay, so train them. Also, all this rebuilding would take many years. Sounds like a feature, not a bug.

Back to health care — it’s criminal that the Dems don’t mention health care in their plans except for prescription drug prices. Â And I had read they were going to endorse a $15 / hour minimum wage, but neither Schumer nor Pelosi mentioned that. Cold feet?

There are a lot of other policies I’d like to have seen, like maybe a pledge that next time the financial sector crashes the economy, people will be prosecuted for it. But IMO it’s more effective to pick one or two tangible programs to sell to people than a laundry list of vague intentions.

If Democrats think that just injecting some buzz about a rigged economy into their rhetoric is going win people over — especially with the same old faces delivering the message — I don’t think so. Â And they’re going to have to get bolder, and more specific, and be willing to point out Republican failures in starker terms.

12 thoughts on “The Great Democratic Reboot: Why I’m Underwhelmed”