Did you know the budget voted on by the Republican majority in the Senate cuts $470 billion from Medicare over the next ten years? This was done to help offset tax cuts for the wealthy, of course. 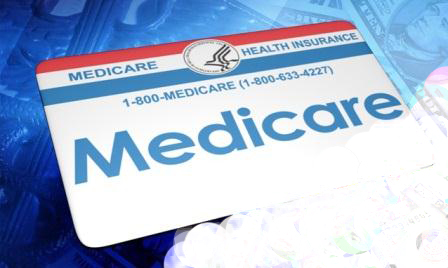 It also cuts more than a trillion dollars from Medicaid. Medicaid pays most of the bills for the 1.4 million people in nursing homes.

Here in Missouri, somebody is paying for television ads telling people to lean on Sen. Claire McCaskill to get behind the Republican tax cuts. Nobody is paying for ads telling people that if Republicans have their way, Medicare will be gutted and Grandma will be out on the street. Why is that? I guess the Democrats are too busy purging Sanders supporters from their party to pay attention.

Republicans have been shedding crocodile tears over Medicare for years, including pushing the false narrative that Obamacare was somehow being underwritten by cuts to Medicare.Â  Even this year Republican lawmakers recycled that, um, spin to argue to constituents that they had to repeal and replace the ACA to save Medicare. But at every turn, Republicans have voted to cut more money from Medicare, but (unlike Obama) not in ways that would make it more solvent.

Everybody’s been focused this week on Trump’s insensitive remarks to a Gold Star family and the ongoing feud withÂ Rep. Frederica S. Wilson, whom the WaPo editorial board says is owed an apology from John Kelly.

But while that’s a significant thing, we do need to be screaming from the rafters about the cuts to Medicare and Medicaid.