The Russian Uranium Clinton Thing is an old story being given new life in right-wing media to deflect attention from Trump’s Russian connection scandals. Right-wing media never bother to address the question of why one story is supposed to cancel out the other, but never mind. I’m bringing it up now because (1) it’s stupid; and (2) it’s new to a lot of people. The Russian Uranium Clinton Thing was a thing last year during the primaries, also, but I don’t believe I mentioned it then. I have been filing it under the heading of Shit That Looks Bad But There’s Worse Stuff to Talk About.

I believe the Russian Uranium Clinton Thing story was broken by the New York Times in 2015, in a story headlinedÂ Cash Flowed to Clinton Foundation Amid Russian Uranium Deal.

At the heart of the tale are several men, leaders of the Canadian mining industry, who have been major donors to the charitable endeavors of former PresidentÂ Bill ClintonÂ and his family. Members of that group built, financed and eventually sold off to the Russians a company that would become known as Uranium One.

Beyond mines in Kazakhstan that are among the most lucrative in the world, the sale gave the Russians control of one-fifth of all uranium production capacity in the United States. Since uranium is considered a strategic asset, with implications for national security, the deal had to be approved by a committee composed of representatives from a number of United States government agencies. Among the agencies that eventually signed off was the State Department, then headed by Mr. Clintonâ€™s wife,Â Hillary Rodham Clinton.

As the Russians gradually assumed control of Uranium One in three separate transactions from 2009 to 2013, Canadian records show, a flow of cash made its way to the Clinton Foundation. Uranium Oneâ€™s chairman used his family foundation to make four donations totaling $2.35 million. Those contributions were not publicly disclosed by the Clintons, despite an agreement Mrs. Clinton had struck with the Obama White House to publicly identify all donors. Other people with ties to the company made donations as well.

And shortly after the Russians announced their intention to acquire a majority stake in Uranium One, Mr. Clinton received $500,000 for a Moscow speech from a Russian investment bank with links to the Kremlin that was promoting Uranium One stock.

At the time, both Rosatom [the Russian atomic energy agency] and the United States government made promises intended to ease concerns about ceding control of the companyâ€™s assets to the Russians. Those promises have been repeatedly broken, records show.

So there’s a big, fat appearance of naughty here. On top of that, it has been reported more recently that back in 2010, when the Thing was going on, Russians and uranium were being investigated by the FBI. The Hill reported this week:

Before the Obama administration approved a controversial deal in 2010 giving Moscow control of a large swath of American uranium, the FBI had gathered substantial evidence that Russian nuclear industry officials were engaged in bribery, kickbacks, extortion and money laundering designed to grow Vladimir Putinâ€™s atomic energy business inside the United States, according to government documents and interviews.

They also obtained an eyewitness account â€” backed by documents â€” indicating Russian nuclear officials had routed millions of dollars to the U.S. designed to benefit former PresidentÂ Bill Clintonâ€™s charitable foundation during the time Secretary of StateÂ Hillary ClintonÂ served on a government body that provided a favorable decision to Moscow, sources told The Hill.

That looks corrupt as hell, as maybe it is. You might remember I’m not a Hillary Clinton fan. However, asÂ Callum Borchers reported at WaPo this week, there are mitigating circumstances. The “government body” that approved the sale was made up of representatives from the State Department andÂ eight other U.S. government agencies.Â Clinton did not have the authority to approve the sale by herself. Further, Borchers writes, it appears the committee members did not know anything about the FBI investigation when the sale was approved. See also Snopes.

And what about the donations?

It is virtually impossible to view these donations as anything other than an attempt to curry favor with Clinton. Donations alone do not, however, prove that Clinton was actually influenced by money to vote in favor of the Uranium One sale â€” or to overlook the FBI investigation. Again, there is no evidence that she even knew about the investigation.

Further, as Vox reports, there’s no indication that Clinton went out of her way to advocate for the sale of the uranium.

I am reminded of something written last year by my friend Jeffrey Feldman, that Clinton is less guilty of corruption than of clientelism.

â€œCorruptionâ€ is essentially a quid-pro-quo system. In the most basic example, a person walks into a politicians office and gives them an envelope full of moneyâ€“throws it on the desk. As the delivery man walks out of the office, he turns to the Congressperson and says, â€œVote no on the housing bill.â€ Â Thatâ€™s the stereotype of corruption in government. I give you money, you do what I tell you to do.

â€œClientelismâ€ is a bit different because it is a system whereby patrons and clients act in ways that are mutually beneficial to bothâ€“without the explicit quid pro quo, without the smudged brown envelope of sweaty cash. Â The big difference between corruption and clientelism is the explicit demand for a political act from the person or entity who wants to influence government. In â€œcorruptionâ€ you are paid and then you do what you are asked. In clientism, the politicianÂ acts in favor of a powerful interest or entity and then, subsequently, is rewarded.

Put another way — without agreeing to a specific quid pro quo, which would be illegal, the Clintons and a lot of other big players in the world operate in a system in which they are perpetually doing each other mutually beneficially favors without ever being so crass as to admit out loud that’s what they are doing, and without ever specifically agreeing to terms of the favors. Very likely the Russians never directly approached Clinton for her favorable vote, and Clinton never asked for donations. It’s just How Things Are Done.Â  That doesn’t mean it’s not a corruption of the system, but it’s probably not indictable. Jeffrey continued,

Secretary Clinton, for all the good work that she has done, has built a career on the belief that she can control these patron-client relationships to benefit the powerless. Yet, she has done so by entering into reciprocal relationships with the powerfulâ€“who gain no advantage by legislation that helps theÂ powerless.

This is a big reason I don’t want her in office, and I don’t want her associates running the Democratic Party. It it turns out she did do something indictable, I’m not going to shed tears over it. But this has nothing whatsoever to do with the Trump-Russian Collusion Thing, which is a different thing. 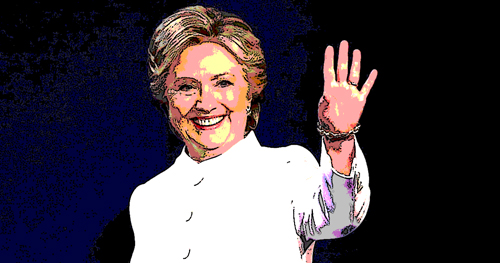 Rather hilariously, Trump and Fox News are screaming that “fake media” have refused to cover theÂ Russian Uranium Clinton Thing, even though the New York Times broke the story more than two years ago, and other major news outlets have been reporting on it this week. To see the spin right-wing media are giving the story, see the New York Post.

7 thoughts on “The Russian Uranium Clinton Thing: A Primer”