What everyone seems to be reading this weekend: Adam Davidson, “Michael Cohen and the End Stage of the Trump Presidency.” Youn will want to read this all the way through. “There are lots of details and surprises to come, but the endgame of this Presidency seems as clear now as those of Iraq and the financial crisis did months before they unfolded,” Davidson writes. Here’s just a bit:

I am unaware of anybody who has taken a serious look at Trumpâ€™s business who doesnâ€™t believe that there is a high likelihood of rampant criminality. In Azerbaijan, he did business with aÂ likely money laundererÂ for Iranâ€™s Revolutionary Guard. In the Republic of Georgia, he partnered with a group that wasÂ being investigatedÂ for a possible role in the largest known bank-fraud and money-laundering case in history. In Indonesia, his development partner is â€œknee-deep inÂ dirty politicsâ€; there areÂ criminal investigationsÂ of his deals in Brazil; the F.B.I. isÂ reportedly lookingÂ into his daughter Ivankaâ€™s role in the Trump hotel in Vancouver,Â for which she worked with a Malaysian family that has admitted to financial fraud. Back home, Donald, Jr., and Ivanka were investigated for financial crimes associated with the Trump hotel in SoHoâ€”an investigation that wasÂ halted suspiciously. His Taj Mahal casino received what wasÂ then the largest fine in historyÂ for money-laundering violations.

The counter-argument, which Davidson addresses, is that Trump’s followers know him to be a ruthless, whatever-it-takes kind of guy, and that’s why they like him. Reports of criminal behavior in business will no more phase them than reports of his rampant promiscuity. Davidson argues that these people haven’t yet been exposed to the depths of Trump’s sleaziness. They still think of him as an actual businessman who became rich through his own shrewdness. When they find out he never was a businessman, really, but just a crook/media personality, they are likely to change their minds.

Sure, many people have a vague sense of Trumpâ€™s shadiness, but once the full details are better known and digested, a fundamentally different narrative about Trump will become commonplace.

The narrative that will become widely understood is that Donald Trump did not sit atop a global empire. He was not an intuitive genius and tough guy who created billions of dollars of wealth through fearlessness. He had a small, sad operation, mostly run by his two oldest children and Michael Cohen, a lousy lawyer who barely keeps up theÂ pretenses of lawyeringÂ and who now faces an avalanche of charges, fromÂ taxicab-backed bank fraudÂ to money laundering andÂ campaign-finance violations.

Cohen, Donald, Jr., and Ivanka monetized their willingness to sign contracts with people rejected by all sensible partners. Even in this, the Trump Organization left money on the table, taking a million dollars here, five million there, even though the service they providedâ€”giving branding legitimacy to blatantly sketchy projectsâ€”was worth far more. It was not a company that built value over decades, accumulating assets and leveraging wealth. It burned through whatever good will and brand value it established as quickly as possible, then moved on to the next scheme.

I believe this is true. The question is, how long will it take? Six months? A year? A decade?

I remember lots of people supporting Nixon nearly up to the bitter end. But Nixon became persona non grata everywhere pretty quickly. Eventually even people who cheered on the Iraq War came to realize it was a massive clusterbleep. Unfortunately, it’s probably the case that things have to get worse before people are ready to wake up. Fortunately, it’s a near certainty things will get worse, because Trump is in charge and he’s an incompetent moron.

Now, skip over to David Atkins at Washington Monthly. “Itâ€™s Too Late for Trump To Stop the Investigations,” he writes.

With the joint cooperation of both federal and state investigators in pursuing the presidentâ€™s long-time consigliere Michael Cohen, even successfully muzzling Mueller may well have little effect. Not only would the probe continue at the federal level regardless of a change in leadership, more importantly the state-level investigations would proceed at full pace as well.

The raid by the Southern District New York on Michael Cohen’s residences and office looks more and more significant, and there’s not a damn thing Trump can do to stop it. 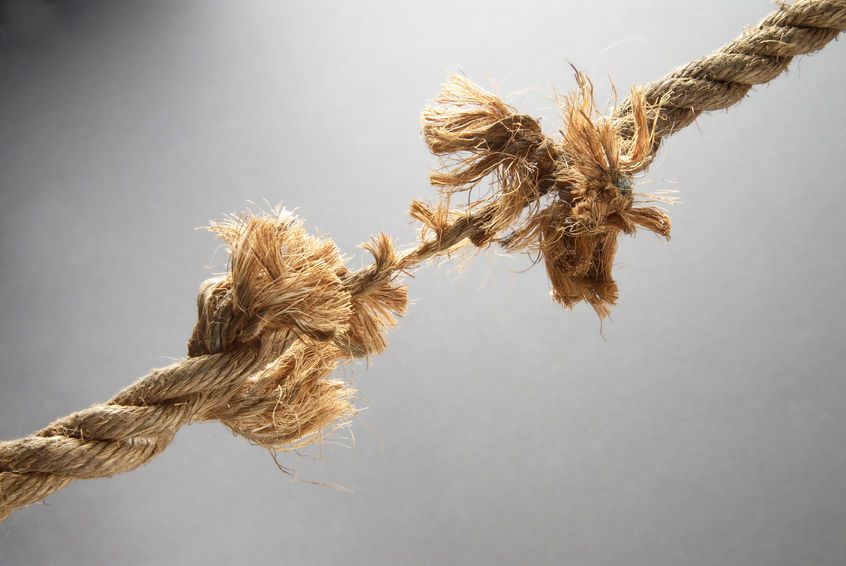