It’s safe to say that William Barr’s summary of the Mueller report laid nothing to rest. It’s likely Barr will be invited to testify to both the House and Senate judiciary committees about what he wrote. People with better understanding of the law than I have say they are troubled about the summary and believe it leaves out too much. In short, the call to release the entire report is just getting started.

It’s my understanding that Mueller gave Barr his findings and left decisions on indictments to Barr and Rod Rosenstein. And Barr is declinging to issue indictments. But what was his reasoning?

Barr’s letter says that his decision on an obstruction charge was not based on his views about the presidency, but on Mueller’s finding that Trump did not commit the underlying crime of conspiring with the Russians to interfere with the 2016 election. The absence of sufficient evidence to charge on obstruction thus “bears on the President’s intent with respect to obstruction.” According to Barr, the Mueller report “identifies no actions that, in our judgment, constitute obstructive conduct, had a nexus to a pending or contemplated proceeding, and were done with corrupt intent…”

But there are huge holes in that justification. Without interviewing the president, it seems impossible for either Mueller or Barr to determine his intent. And the president, despite his personal promise to submit to a Mueller interview, instead evaded it. And that leaves aside the glaring fact that the president himself declared he fired James Comey as FBI director to kill the Russia probe — a declaration of corrupt intent uttered in public more than once.

Even more telling is Barr’s attempt to brush aside Trump’s dangling of a pardon before Paul Manafort and other defendants. That hinted favor appears to have had an enormous impact on the Russia investigation, because the Office of Special Counsel indicated as much in its sentencing memorandum on Manafort.

So, the argument is that since Mueller was able to conduct an investigation, there was no obstruction? Not acceptable.

At the New Yorker, John Cassidy accused Mueller of punting.

The special counsel’s decision not to reach a conclusion, or render any opinion at all, about whether Trump obstructed justice will also have been a source of great relief at the White House. In the first place, it allowed Barr, a conservative lawyer whom Trump handpicked to replace Jeff Sessions as Attorney General, to claim that the President is in the clear.

This conclusion must be read in coordination with Barr’s 2018 memo arguing that acts within the president’s constitutional authority over law enforcement, including firing the director of the FBI, cannot constitute obstruction of justice—at least if they do not “impair[] the integrity or availability of evidence.” 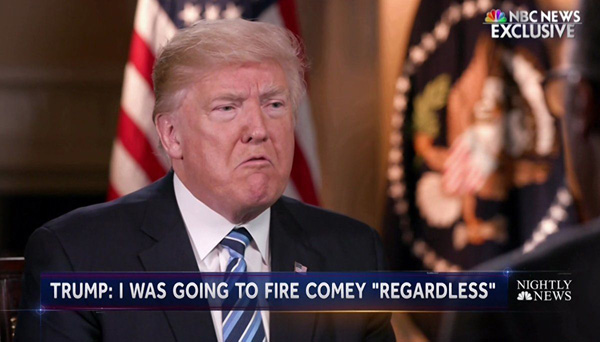 For that matter, the collusion charge wasn’t really laid to rest, either. Robert Litt continues:

The prevailing take on Attorney General William Barr’s letter to Congress on the Mueller report is summed up in the New York Times: “The investigation . . . found no evidence that President Trump or any of his aides coordinated with the Russian government’s 2016 election interference.” But a careful reading of Barr’s letter suggests that that may be wrong.

…  as quoted by Barr, Mueller used the words “conspired” and “coordinated.” Unlike the colloquial term “colluded,” these terms have legal significance. “Coordination” with a foreign government would be a basis for a finding of criminal liability under the election laws, and “conspiracy” would be a criminal agreement to violate those laws. This language suggests that Mueller’s report viewed the conduct through the lens of a criminal investigative process—that is, whether the evidence met the Department of Justice standards for prosecution, including the ability to prove beyond a reasonable doubt that there was intent to violate the law.

In other words, there was collusion, but the evidence didn’t support criminal conspiricy or coordination.

Renato Mariotti, a former federal prosecutor, “Mueller’s inability to prove conspiracy does not mean, however, that he failed to uncover evidence that would be troubling to many Americans.” Release the full report.

What is of most concern to me is that there is no indication from the Barr summary whether Mueller delved into the question of whether Trump is compromised, in particular through old business ties to foreign entities like Vladimir Putin or the Saudis.

Going back to Rod Rosenstein’s 2017 “Scope of Investigation” memo, he declared that the original order had been “written categorically in order to permit its public release without confirming specific investigations involving specific individuals.” My interpretation of that is that he was envisioning a counterintelligence report where sources and methods have to be protected and prosecutorial decisions are not the focus. There is no mention from Barr of any counterintelligence assessment on whether the president is or has been the subject of blackmail or external control. That is the most important thing that Congress and the American people need to understand, and Barr is silent about it. In Rosenstein’s original authorizing memo from May 2017, he asked for “any linksand/or coordination between the Russian government and individuals associated with the campaign of President Donald Trump.” Where is the report on the links?

The links are important because they inform any counterintelligence assessment….

… the president is obviously compromised in some ways, as is evident from virtually everything he says and does with respect to Vladimir Putin and Russia. This situation didn’t suddenly become acceptable because Mueller did not find prosecutable evidence of a conspiracy. It didn’t go away because Barr unilaterally did what he auditioned to do and cleared the president of obstruction of justice charges.

In short, nothing is resolved, and this ain’t over.

19 thoughts on “Digesting the Barr Summary”