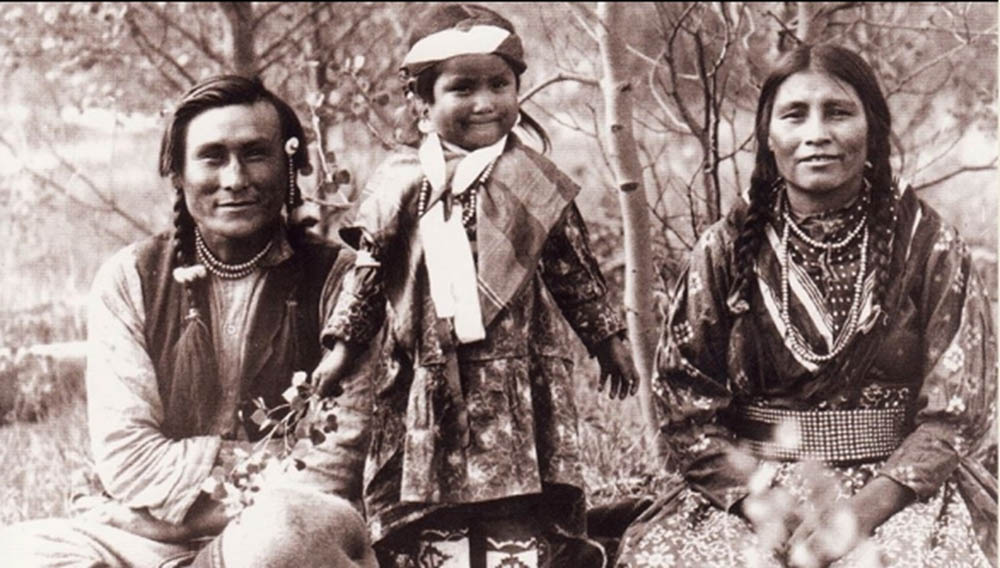 I’m sorry I have no information about the photo; I found it on this page. The photo is illustrating a passage on the Lakota Sioux, so maybe the people in the photo are Lakota.

Somebody on social media said that he would observe Columbus Day, thank you very much. Someone responded, What do you do to “observe” Columbus Day? Get lost in a grocery store looking for spices?

On to Stuff to Read — Josh Marshall has a good synopsis of the Trump-Ukraine-Russia entanglement that neatly explains all the nonsense going on right now.

Jackson Diehl points out that all of Trump’s foreign policy initiatives have fallen apart in just over a month — “maximum pressure” on Iran, a treaty with the Taliban, North Korean denuclearization, the victory over ISIS. The exceptions are things that had already fallen apart, such as ousting the government of Venezuela, which Trump screwed up last spring, and peace between Israelis and Palestinians, which never went anywhere.  See also The Demolition of U.S. Diplomacy: Not Since Joe McCarthy Has the State Department Suffered Such a Devastating Blow by William Burns in Foreign Affairs.

Fiona Hill, the former senior director for Russia at the National Security Council, is testifying right now behind closed doors to the House Intelligence, Foreign Affairs and Oversight committees. Rep. Matt Gaetz (R-Florida Man) attempted to crash the party, saying that as a member of the Judiciary Committee he is automatically entitled to be in on anything touching on impeachment. He was ejected. See Charles Pierce, Matt Gaetz Thinks His Audience Is as Big a Box of Rocks as He Is.

6 thoughts on “Happy Indigenous Peoples Day, and Other News”