The stock markets fell like a rock yesterday, and continued falling today. The two-day total came to 1,910 points, it says here.

This is part of a global sell-off triggered by news that the corona virus, or COVID-19, is breaking out all over the planet and has passed the pandemic “tripping point.” Still, I wouldn’t have panicked, except that Larry Kudlow says everything is fine.

National Economic Council Director Larry Kudlow tried on Tuesday to assuage concerns over the cornavirus and its impact on the U.S. economy.

“We have contained this. I won’t say [it’s] airtight, but it’s pretty close to airtight,” Kudlow told CNBC’s Kelly Evans on “The Exchange.” He added that, while the outbreak is a “human tragedy,” it will likely not be an “economic tragedy.”

When else did Kudlow say everything was fine? Right before the 2008 financial crisis.

“Despite all the doom and gloom from the economic pessimistas, the resilient U.S. economy continues moving ahead,” Kudlow wrote on Dec. 7, 2007, in National Review, predicting that gloomy forecasters would “wind up with egg on their faces.” Kudlow, who previously derided as “bubbleheads” those who warned about a housing bubble, now wrote that “very positive” news in housing should “cushion” falling home sales and prices.

“There’s no recession coming. The pessimistas were wrong. It’s not going to happen,” wrote Kudlow. “ .?.?. The Bush boom is alive and well. It’s finishing up its sixth consecutive year with more to come. Yes, it’s still the greatest story never told.” …

… Even as trouble became clear, Kudlow, a CNBC pundit who is not trained in economics, wrote a Feb. 5, 2008, column in National Review saying he was “still betting on and buying Goldilocks [a just-right scenario] for the long run.” He wrote, “Maybe we are going to have a mild correction. Maybe not,” adding: “I’m going to bet that the economy will be rebounding sometime this summer, if not sooner. We are in a slow patch. That’s all. It’s nothing to get up in arms about.”

See also Trump’s New Economic Adviser Lawrence Kudlow Has Been Wrong About Everything for Decades. So we’re doomed. It’s so bad even Jim Cramer is worried. 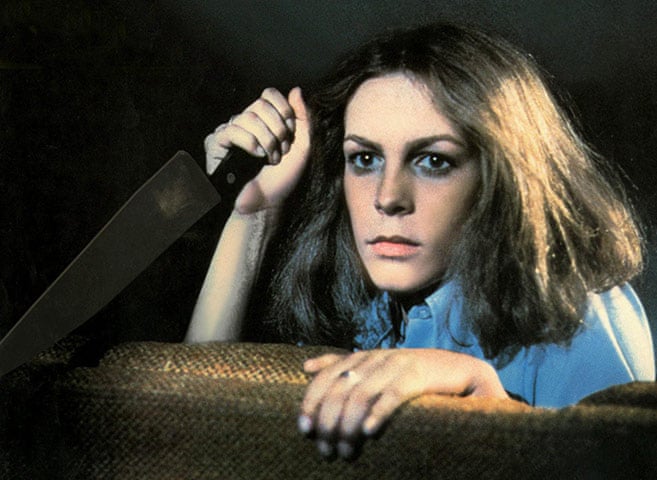 This would be a serious situation even if we had a competent national government. But we don’t. Trump is utterly useless. His administration is utterly useless. After weeks of dithering Trump put together a virus task force. One member of the task force, the utterly useless Ken Cuccinelli, was soon on Twitter asking how to get to the online map showing how the virus had spread. Yes, I do not feel reassured.

During a hearing called to address the issue Tuesday morning, Sen. Joe Kennedy (R-La.) teed off on Acting Homeland Security Director Chad Wolf for being unable to answer basic questions about the potential of an outbreak in the U.S. …

…The confusion can be traced back to the president, who seems utterly unwilling to acknowledge the reality of the virus, opting instead to stick his fingers in his ears and repeatedly insist everything is going to be fine and the administration is taking care of it. His belief that the virus will simply “go away” is likely based on how past pandemic scares have come and gone, but those diseases were contained in part because the government was working in tandem with the CDC. Now that Trump is in charge, there’s appears to be a disconnect as the White House tries to project a rosy view of the crisis while the agencies tasked with handling it are forced to work in reality.

Adding to the problem is that Trump has slashed funding for the CDC, the National Institute of Health, and the Agency for International Development, while dismantling the entire global health team in charge of handling pandemics. As the CDC has struggled to obtain critical information about the outbreak from China, Trump has praised the nation’s response, reportedly because he’s worried about upsetting President Xi as the two struggle to hammer out a trade deal. More recently, the government overruled the CDC’s advice and put 14 Americans infected with the coronavirus on a plane back to the U.S. with others who were not infected. Trump was reportedly shocked and upset by the move, but the fact that he didn’t know about it (allegedly) is more evidence of how ill-equipped the administration is to handle an outbreak.

The dismantling of the national pandemic and bioterrorism response team was a John Bolton initiative, BTW. Mr. “I won’t tell you what I know unless there’s money in it” Bolton decided to streamline national security. Most of the team was dismissed; the remainder were folded into the group that tracks weapons of mass destruction.

Even if Congress provides additional funding, there remain fears that the Trump administration has already hamstrung it’s ability to address this emergency. As Foreign Policy’s Laurie Garrett wrote last month, the administration has “intentionally rendered itself incapable” of dealing with a problem of this scale. It wiped out its “entire pandemic response chain of command, including the White House management infrastructure,” Garrett wrote, and shut down the National Security Council’s global health security team, as well as its counterpart in the Department of Homeland Security. In addition to proposing funding cuts for national and global health programs, the administration has also kneecapped its public health teams by declining to replace officials who have left. While the president established a Coronavirus Task Force led by Health and Human Services Secretary Alex Azar last month, “it’s not clear how it will function,” Garrett noted—essentially forcing the administration to “[resort] to improvisation” in its approach to the crisis.

I honestly do not understand why the Trump Administration would have gone all out to dismantle these functions of government. You do not want ad hoc committees responding to big, messy situations like a pandemic or a mass disaster, natural or otherwise. You need deep experience and institutional memory; otherwise, your group spends all its time re-inventing wheels. Think FEMA and Katrina; the professional staff had been pushed out and replaced by political hires who couldn’t find their own asses with both hands and a flashlight. But incompetent people who have never accomplished anything tangible often don’t appreciate these things.

There’s another Dem debate tonight. Expect a massive pile on of Bernie Sanders. If it gets too messy I may watch something else. Take heart; there will be only one more debate after this.

11 thoughts on “Larry Kudlow: Everything Is Fine.”