I lasted about thirty minutes before I remembered that nobody was paying me to watch last night’s Dem debate, so I changed channels. What a mess.

CBS officially took over the title of Worst Presidential Debate Moderators from CNN. I don’t know if all the questions were insipid, since I didn’t watch all of the debate, but the moderators weren’t doing any moderating. It was out of control. And the audience should have been cautioned to remain quiet; the cheering and booing just added to the general awfulness of the evening.

I sincerely hope someone in charge of things in the Democratic Party, if there is such a person, is seriously thinking about what might be done to make the debates into events useful for voters and not just bad reality shows. Indeed, when I tuned into CBS last night, for a moment I thought I had found a game show. The music and razzle-dazzle set were clearly more suitable for The Price Is Right. The original Gong Show was more dignified, in fact. It is too painfully obvious that the moderators are mostly concerned about putting on a lively show. One wonders how much they understand the issues they are asking about.

Part of the problem goes back to all the things that are wrong with the way news media covers politics in the U.S. It’s all horse races and the stoking of controversies (and if there are no controversies to stoke, improvise one). Very little television political programming presents anything substantive about issues or about the deep backgrounds of the candidates. The popular “roundable discussion” format is especially bad at informing the public, IMO. It’s the same few ubiquitous people spouting the conventional wisdom of Georgetown cocktail parties.

Of the debates we’ve had for this nomination, IMO the best — or the least cringe-inducing, anyway — was the November 20 debate moderated by Rachel Maddow, Andrea Mitchell, Ashley Parker, and Kristen Welker. If you missed it, you can watch it all here. I don’t necessarily think this is the template for better debates, but it wasn’t an embarassment to humanity.

We’ve got one more Dem debate on March 15. This will be moderated by CNN again, so I have little hope it will be an improvement over last night.

I am assuming the eventual Democratic nominee will be debating Donald Trump. General election debates are conducted under the auspices of a group called the Commission on Presidential Debates, which has scheduled three presidential debates and one veep debate for later this year. It wouldn’t surprise me if Trump fails to show up for some of them, or all of them. But before any of those turn into a disaster, what can be done to improve them?

I googled for “make presidential debates better” to see what others have said. After the Trump-Clinton debates in 2016, a fellow named Bryan Van Norden made three suggestions:

That third items might not work on in a multi-person debate, but I do think most of the debates have been marred by not allowing the candidates enough time to answer the questions they’ve been asked. Last night’s rules allowed candidates “one minute and 15 seconds to answer, and 45 seconds for follow-ups.” That’s absurd. Ask fewer questions but allow more time for answers, I say. Let people go a little deeper into issues.

The first two of those three items would have been a big help last night. But one reason candidates interrupt and talk over other candidates is that if they don’t, they may be overlooked. In past years moderators have focused on the candidates considered most likely to be the nominee and ignored the less-likelies. That is neither fair nor right; the networks should not assume who the eventual winner will be. Everyone who qualifies for a debate deserves equal time, as much as possible.

That said, the Democrats need to rethink their criteria for qualifying for debates. If you’ve got too many candidates in the debates already and one of them is Marianne Williamson, you’re doing it wrong. (And I bet they’re really sorry they changed the rules so that Michael Bloomberg could be in the last two.)

Back in 2015 the New York Times published a series on better debating. One of the suggestions involved real-time fact checking.

A smarter approach would draw on the databases of nonpartisan fact-checking outfits like PolitiFact, FactCheck.org, and the Washington Post’s Fact Checker. It would focus on providing factual context, not “gotcha” moments. One way to do this is with a ticker running relevant fact-checks across the bottom of the screen, along the lines of “FactCheck.org: Mexico and 29 other countries have birthright citizenship.” The fact-checkers already do a remarkably good job of live-tweeting from their archives as old claims come up again during debates.

A better idea, though, is to set aside time for a special round of follow-up questions based on previously published fact-checks. Again, forget buzzers or sirens: The moderator would simply give candidates a chance to respond on the merits. They would be free to clarify their position or explain why a particular correction was off base. The campaigns already follow fact-checkers closely and know exactly which claims have been found wanting.

Done right, real-time fact-checking would reward debaters who favor careful arguments over eye-popping claims, encouraging politicians to police themselves. (There’s some evidence this works.) It might also make us smarter audiences of political theater. A fact-check isn’t always the final word, but it can push the conversation onto firmer ground.

This makes a lot of sense to me. One of my issues with last night’s debate was that the alleged cost of Medicare for All went up every time an opponent of Bernie Sanders talked about it This is from last night:

KLOBUCHAR: No, the math does not add up. In fact, just on “60 Minutes” this weekend, he said he wasn’t going to rattle through the nickels and the dimes. Well, let me tell you how many nickels and dimes we’re talking about: nearly $60 trillion. Do you know how much that is, for all of his programs?

I have no idea where she got $60 trillion, except out of her own ass. I did find one article that claimed all of Sanders’s proposals put together — including the Green New Deal, free college, reducing homelessness and writing off medical debt — would come up to $60 trillion over ten years. The same article says the estimated cost of Medicare for All “ranges from just less than $31 billion (from the nonpartisan Committee for a Responsible Federal Budget) to $34 trillion (from the center-left Urban Institute).”

But, peeps, the high estimate of $34 trillion in ten years is less than we’re spending now on the system we’ve got. That’s what nobody ever gets to say without being talked over. According to the Centers for Medicare and Medicaid Services, “U.S. health care spending grew 4.6 percent in 2018, reaching $3.6 trillion or $11,172 per person.” That’s $36 trillion over ten years, in both public and private spending, even assuming costs don’t keep going up. Medicare for All would not be in addition to that spending; it would replace that spending. More would be paid by taxes; less would be out of pocket. The burden on individuals, especially lower income individuals, would be reduced, and unlike the system we have now, everyone would be covered.  For less money than we’re spending now.

This is why the debates make me crazy.

Sanders cited a Lancet study saying that the U.S. would save a ton of money by moving to Medicare for All. Here is the study. It’s a real study, it’s in Lancet, it says what Bernie says it says. Maybe the study is screwy; I have no way to judge. Here is a Washington Post article about the study that analyzes it and seems to think it’s legit, although there are a great many variables and a great many ways costs can be determined. Anyone who claims that he has THE real true cost is a moron.

See also: Universal Health Care: We’re Already Paying for It. We’re Just Not Getting It and Health Insurance Is a Racket.

But yes, I would love it if there were some way to have challenged Amy Klobuchar on where the bleep she got $60 trillion for Medicare for All, and to verify that yes, there is a Lancet study that says what Sanders says it says.

Another point of contention that came up before I changed channels was Pete Buttigieg’s sources of funds. Sanders said that Buttigieg’s campaign had gotten funding from more than 50 billionaires. Buttigieg took great umbrage at this and said that it’s “untrue about my campaign. The idea that most of my campaign is funded by billionaires.” Which isn’t exactly what Bernie said, but never mind.

I went to Open Secrets. Open Secrets says that Buttigieg had received more money from large donations (56 percent) than from small ones (43 percent). But I don’t know about the 50 billionaires. A Forbes magazine article from December named 40 billionaire Buttigieg backers, not 50. If someone else wants to dig deeper into this, be my guest; it may be in public FEC data. (Bernie, by contrast, has received 55 percent of his contributions from small contributors and 35 percent from large ones, Open Secrets says.)

So yes, I’d say that something needs to be done to discourage candidates from making false claims about the other candidates, because this happens every election, and it just confuses people. If the candidates knew they would be fact checked in real time, it would certain help keep them more honest.

However — going back to the 2016 New York Times series, Cenk Uygur wrote,

The real problem is that the candidates are not challenged on the substance of their arguments. And the fault there, unfortunately, lies with the moderators. The party machines demand they not challenge the candidates, and those moderators who dare to do so don’t return to the debate stage.

I believe there’s a lot of truth in that. 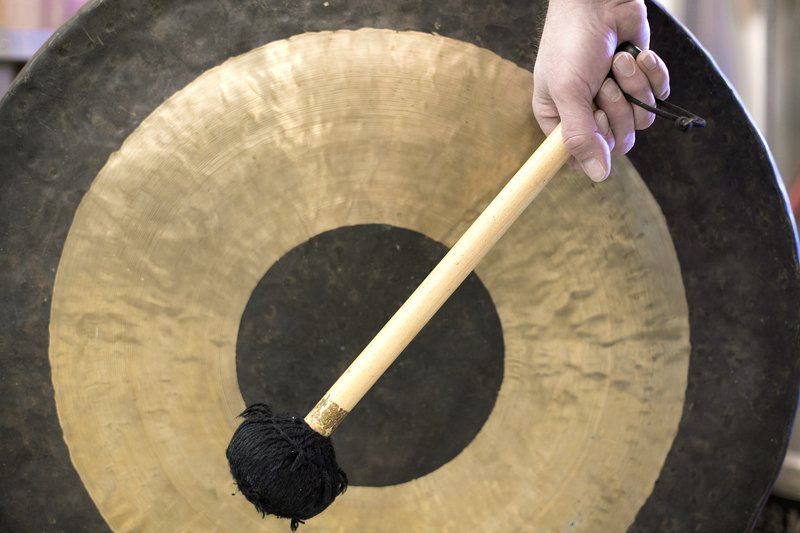 8 thoughts on “Will Somebody Do Something About the Damn Debates?”