The stock market fell another gazillion points today. I take it that putting Mike “prayer is the answer” Pence in charge of the Covid-19 response didn’t soothe anyone’s nerves. See Let’s Revisit Coronavirus Czar Mike Pence’s History on Public Health Initiatives to be further not soothed.

Pence famously does not believe in science. But never fear; Pence is merely in charge of the messaging about the coronavirus. “The White House moved on Thursday to tighten control of coronavirus messaging by government health officials and scientists, directing them to coordinate all statements and public appearance with the office of Vice President Mike Pence, according to several officials familiar with the new approach.” So Pence will be in charge of being sure no one will know what’s going on. Public health officials will no longer be able to speak without being censored. It’s not clear if anyone is in charge of the science. 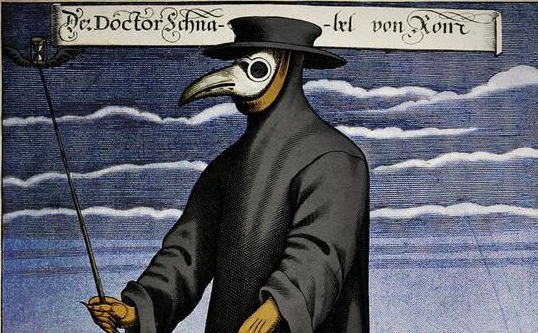 It’s possible the pandemic will not be as severe as feared. But even if the spread of the disease is contained in the U.S., it’s likely we’re going to feel some effects. See Matt Stoller in Wired — Covid-19 Will Mark the End of Affluence Politics.

As Jon Stokes notes, we will, in all likelihood, be locking down travel in some areas of the US for several weeks, as they did in China. People may be advised against gathering in large groups. It’s not clear what any of this will mean for campaigning or primary voting, whether most of us will vote by mail or have our votes delayed.

Moreover, the coronavirus is going to introduce economic conditions with which few people in modern America are familiar: the prospect of shortages. After 25 years of offshoring and consolidation, we now rely on overseas production for just about everything. Now in the wake of the coronavirus, China has shut down much of its production; South Korea and Italy will shut down as well. Once the final imports from these countries have worked their way through the supply chains and hit our shores, it could be a while before we get more. This coronavirus will reveal, in other words, a crisis of production—and one that’s coming just in time for a presidential election.

The supply of pharmaceuticals is especially vulnerable, I understand, so if there is a drug you really need to live and function, you might want to be very careful with your existing supply.

Not only are many medications used in the United States manufactured overseas, but critical ingredients — and the chemicals used to make them — also are overwhelmingly made in China and other countries. The supply chain’s roots now run so deep that it’s difficult to fully anticipate where critical shortages could emerge.

Rosemary Gibson, author of the book “China Rx” and a senior adviser at the Hastings Center, a bioethics think tank, said China has a “global choke hold” on the chemical components that make up key ingredients.

It might have occurred to someone that it was really stupid of the U.S. to become dependent on another country for our medicines. But of course, nobody is really in charge of these things but the glorious Free Market, which doesn’t give a fig about who lives and who dies.

Again, it’s possible the effects of the virus won’t be that severe. But if they aren’t, it sure as hell won’t be because the government was on the ball about it. Trump really did fire the pandemic response team and cut much of the CDC’s budget for responding to global disease outbreaks. We are grotesquely unprepared for whatever is about to hit us. See also U.S. workers without protective gear assisted coronavirus evacuees, HHS whistleblower says.

Our lack of a national health care system also makes us more vulnerable. Helaine Olen writes in WaPo about a concerned citizen who came down with flu-like symptoms after returning from a trip to China. So the man went to a hospital to be tested. It appears the tests were negative, but he got slapped with a $3,000 invoice for a blood test and nasal swab.

It’s very possible there are people among us already carrying the virus but staying away from doctors because they are uninsured. “We don’t want people to be wondering whether they can afford to visit the doctor if they think they’ve got this contagious and possibly deadly disease,” Olen writes. “But by happenstance, ideology and shortsighted, penny-wise-pound-foolish thinking, we’ve set up a situation that will force many to do just that.”

Don’t forget to reflect on all the food service and other service workers who don’t get paid sick days.

Stoller writes that the pandemic could put an end to the politics of affluence.

This is something we’ve been doing more and more badly, I think. Somehow, our economy is not responding to the desperate need for lower-cost homes in urban areas. It is not providing affordable insulin. It is not giving us safe drinking water. On the other hand, Vox reported in 2018 that millions of dollars worth of unsold merchandise is destroyed every year to be sure a surplus doesn’t erode the value of brands. Something is deeply and fundamentally screwy.

Stoller compares the potential disruptions of the Covid-19 pandemic to the Great Depression.

Congress held hearings, but businessmen, academics, and bankers proffered only belt-tightening. Within the Republican establishment, President Herbert Hoover worked 18-hour days, exhorting confidence while refusing to take even basic steps such as having the government guarantee bank deposits. Instead, his administration’s army attacked hungry protesters in Washington, DC, a move that prompted an angry Republican congressman, Fiorello La Guardia of New York, to remind the president: “Soup is cheaper than tear gas bombs.”

For the record, I don’t believe Hoover ordered the attacks on the bonus marchers. I understand that was done on the initiative of Gen. Douglas MacArthur.

Meanwhile on the Democratic side, conservatives and progressives in the party were locked in a bitter battle for the nomination. Many Democrats agreed with Hoover. Maryland governor and presidential candidate Albert Ritchie, for instance, argued that we should rely “less on politics, less on laws, less on government.” Another candidate, Speaker of the House John Nance Garner, claimed the greatest threat was the “tendency toward socialism and communism” and pledged a massive cut in government spending, as well as a sales tax increase. Others turned to extreme racism and xenophobia. Only Franklin Delano Roosevelt, who went on to win a contested convention, campaigned on aggressive government involvement in the economy—or as he put it, a “workable program of reconstruction,” which later became the New Deal.

It does look as if we’re setting ourselves up for a replay of these arguments in 2020. But again, it’s possible this situation will blow over in a month or two and be forgotten. Until  next time.

23 thoughts on “Are the Props Collapsing?”