Assuming we had a competent federal government, what would it be doing now to prepare for the spread of Covid-19? Julia Belluz of Vox interviewed an actual expert, Dr. Bruce Aylward, who is a veteran epidemiologist and also an assistant director general of the World Health Organization. He has been in China to observe and study what the Chinese are doing. China must be doing something right, because the number of new cases has dropped dramatically. Aylward believes from his own observations that this decrease in cases is real and not just Chinese government propaganda.

So what did the Chinese do that we ought to be doing? Dr. Aylward said that the first most important thing is to identify new cases, isolate them, and trace who they’ve been incontact with. This must be done quickly. Dr. Aylward said,

So, No. 1, if you want to get speed of response, your population has to know this disease. You find any population in the West and ask them what are the two presenting signs you have to be alert to. What would you say?

It turns out the two presenting signs are dry cough and fever. I didn’t know that either.

In other words, everyone needs to know that if they develop a fever and dry cough, get yourself tested immediately. But Dr. Aylward doesn’t think it’s a good idea to have everyone go to their GPs for this, especially since infected people are likely to infect everyone else in the waiting room.

China set up a separate health network that dealt only with testing and treating infected patients.

In China, they have set up a giant network of fever hospitals. In some areas, a team can go to you and swab you and have an answer for you in four to seven hours. But you’ve got to be set up — speed is everything.

So make sure your people know [about the virus]. Make sure you have mechanisms for working with them very quickly through your health system. Then enough public health infrastructure to investigate cases, identify the close contacts, and then make sure they remain under surveillance. That’s 90 percent of the Chinese response.

Yeah, not gonna happen here. What are we doing, in fact?

Our so-called Covid-19 point man, Mike Pence, has announced more travel restrictions affecting Iran, Italy and South Korea. Okay, but what are we doing about the growing number of cases here? Pence also said that large numbers of test kits are being mailed to state and local clinics. Okay, but which clinics? Some of the kits are going to state public health labs, but I don’t know where my state public health lab is, either.

Say I’m an average citizen and I develop a fever and dry cough. Or I develop a rash and stomach ache; nobody is telling me what signs to look for. Anyway, if I think I should be tested, where do I go? We’re not getting any directions. And will it cost me anything? What if I don’t have insurance? What if I’m in the country illegally?

The only advice I’ve seen so far is that if you are worried you have the coronavirus, call your health care provider. So we’re not following the Chinese protocols explained by Dr. Aylward.

It may be that some states will step in and create an effective response apparatus for their citizens, but since I’m living in Missouri, there’s no hope that’s going to happen here. 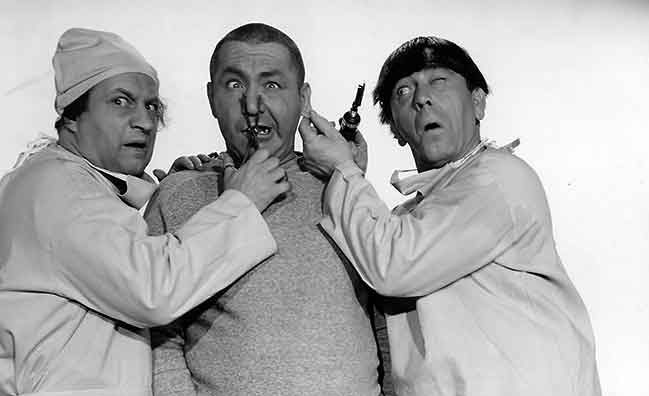 Health and Human Services Officials respond to the Covid-19 virus.

Health and Human Services Secretary Alex Azar appears to have orchestrated many of the government’s early screwups regarding Covid-19. See Azar in the crosshairs for delays in virus tests.

Paul Waldman writes that If coronavirus hurts the economy, Trump will go nuts.

To be clear, we have no idea at this point how bad things will get. Maybe this will all be over in a matter of weeks (though that’s not what the experts are saying), and maybe the economic impact will be minor.

But we do know that the president is intensely worried about the potential that the virus could cause even a temporary economic slowdown. Which is why the administration is contemplating “Tax Cuts 2.0,” with benefits focused on the neediest among us, i.e., corporations and rich people.

You really can’t make this shit up. Also in WaPo, see Inside Trump’s frantic attempts to minimize the coronavirus crisis.

My favorite headline of the day: Trump says it’s safe to hold rallies amid coronavirus outbreak. Oh, absolutely. Please do. The more the better.

6 thoughts on “How Not to Respond to a Pandemic”