Something about this short video featuring Florida Governor Ron DeSantis completely sums up the current status of our coronavirus response. See if you can spot it:

Yes. Now on to our scheduled topic:

Some people are still arguing that covid-19 is no worse than seasonal flu. An argument I’ve seen lately is that 61,000 Americans died of flu during the 2017-2018 flu season, while (so far) only 30,000-something Americans have died from covid-19. And we don’t have to close businesses and such during the flu season.

Let’s break this down. Flu seasons vary; they last anywhere from five to seven months, usually from October to March or April. The first case of covid-19 in the U.S. was diagnosed on January 20, and the numbers are still going up. So we’ve just about ended the third month of covid-19 data.

Now, let’s look at covid-19. We have no idea how many people may actually have the virus, since there isn’t nearly enough testing. But as of the most recent data,

I repeat — during the several months of the infamously bad 2017 flu season, there were approximately 45 million infected and 61,000 deaths.

During our three months of covid-19 in the U.S., we’ve had 728,293 diagnosed cases and 38,244 deaths. And the numbers are still going up. They went up by a few hundred just this morning while I was writing this post.

As math imparied as I am, even I know this ain’t equivalent.

Also, thanks to the flu vaccine that I faithfully get every fall, you have a choice to not get the flu. Although once in a while the people who make the annual flu vaccine miscalculate and don’t get that year’s dose exactly right, usually you can get your flu shot and then go your merry way, neither catching it nor spreading it. Vaccines make quarantines and stay-at-home orders unnecessary, except for anti-vaxxers. Were it not for the flu vaccine, the annual flu would be a much bigger problem than it is. Note that rates of vaccination in the U.S. had dropped significantly for the 2017-2018 season, which may be one reason that year was unusually bad.

I got that flu myself, btw, before the vaccine was ready; it was a nasty flu. I didn’t need to be hospitalized, though. I understand the “swine” flu is still in circulation, but in populations with enough herd immunity it doesn’t pose a threat.

There have been other stupid comparisons of other-things-that-kill you and covid-19. The famous “Doctor Phil” McGraw didn’t exactly glorify himself with this one:

McGraw, who has a doctorate in clinical psychology, compared COVID-19 deaths to those from car crashes, cigarettes, and swimming pool accidents while arguing against the lockdowns that have impacted the nation’s economy in wake of the pandemic. While attempting to make a point that the country isn’t shutdown for those other deaths, McGraw incorrectly stated that 360,000 people die a year from swimming pool accidents. According to the CDC, “an average of 3,536” people die from “unintentional drownings (non-boating related) annually in the United States.” Which, I’m sure you gathered, is much less that 360,000. …

… The talk show host continued, “I get that, but look, the fact of the matter is we have people dying, 45,000 people a year die from automobile accidents, 480,000 from cigarettes, 360,000 a year from swimming pools, but we don’t shut the country down for that but yet we’re doing it for this? And the fallout is going to last for years because people’s lives are being destroyed.”

I’m not going to look up the other stats, but I’m not sure how locking people up would reduce cigarette deaths, assuming people could still get their hands on cigarettes. But while there are many things one can do to reduce your exposure to various health risks — like not smoking — it’s unfortunately the case that you can’t fix stupid. 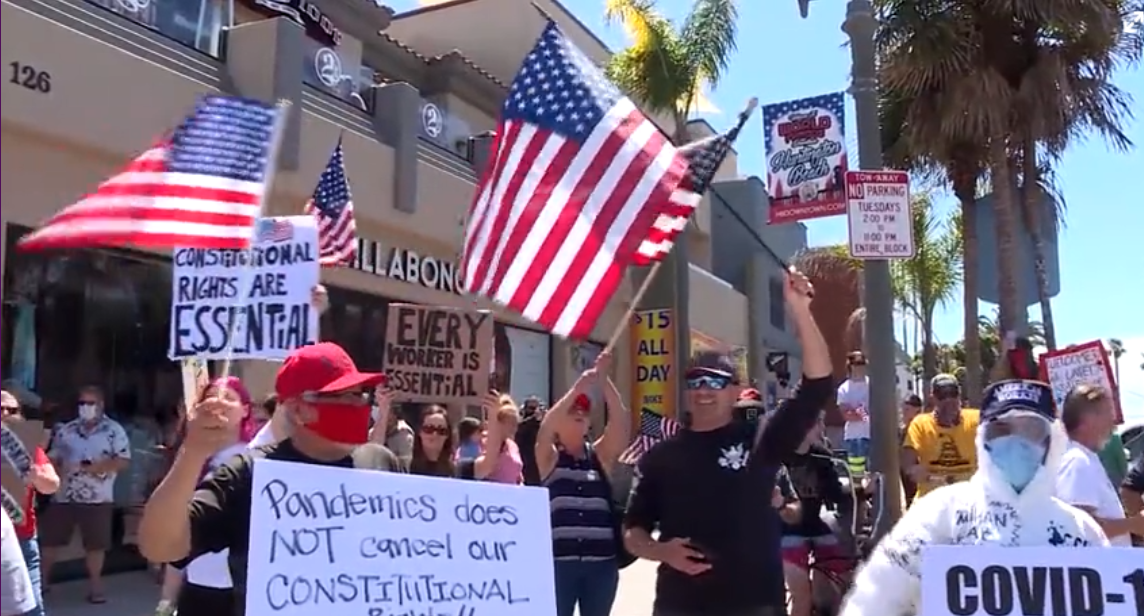 A Convention of Stupid

6 thoughts on “Death by Stupid”