Back in the day, on a normal 4th of July, people gathered in backyards for potato salad and chips and cold beer and various meats cooked on the grill while a Major League Baseball game played on a radio. Some might take advantage of the 4th of July blowout sales at the mall to get that new microwave or mattress. Some might take a long weekend for a car trip to some scenic place. In the evening, there were fireworks.

At some point in the day, some thought might be given to the Declaration of Independence, but that wasn’t mandatory. And maybe that was okay. The point of the Revolution was to enable people to lead peaceful and normal lives, not to churn out succeeding generations of flaming revolutionaries.

This year — I guess not. 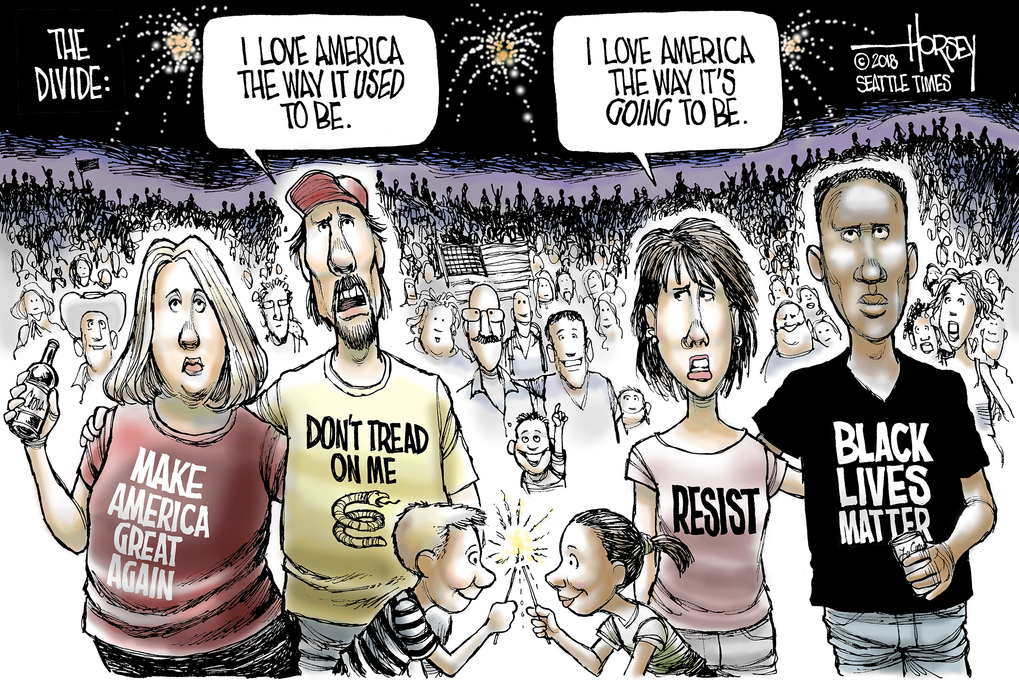 We’re engaged in a vast and messy national argument about our past, our present, and our future. I assume the November election will give us some indication of which argument is winning, although it’s probably too much to hope for a resolution. But as awful as this year has been, this blowup needed to happen. It’s been building for a lot of years. Trump’s awfulness hurried it along, but it would have happened sooner or later.

Let’s hope that next 4th of July we’re all in a much different place, and we’ll all be enjoying big cookouts and fireworks and even blowout sales on mattresses. This year, take some time for a cold beer and watch Hamilton on the Disney Plus channel. You’ll enjoy it.

Anne Applebaum, The Atlantic, Trump Is Turning America Into the ‘Shithole Country’ He Fears

Charles Pierce, Esquire, This Fourth of July, We’re in Another One of Those Moments Where the Great Bluff Gets Called

David Atkins, Washington Monthly, The Trump Administration Is Giving Up on Fighting the Pandemic

Robin Givhan, The Washington Post, Trump got his crowd and his fireworks, and peddled his fiction

Paul Krugman, The New York Times, Trump’s Virus Is Spreading, and His Economy Is Stalling