Speaking of history: Trump is reacting to the coronavirus just like he reacted to the lawsuits against Trump University.

Trump University, which shut down in 2011 after multiple investigations and student complaints, was treated as a joke by many of Trump’s political opponents — much as they treated Trump Steaks or Trump Vodka. But to those who knew the school well, it wasn’t a joke.

It was a premonition.

The saga of Trump University showed how far Trump would go to deny, rather than fix, a problem, they said — a tactic they have now seen him reuse as president many times, including now, in the face of a worsening pandemic. For months, President Trump promised something wonderful but extremely unlikely — that the virus would soon disappear.

Even through courts shut down the fake school and ruled that Trump owed $25 million in damages, Trump does not admit fault. If there’s a problem, he simply denies it (or blames somebody else) rather than fix it. And the way he handled criticism of his fake school is just like the way he’s handling criticism of his administration.

The judge was out to get him, he said. So was that prosecutor in New York, whom he called a dopey loser on a witch hunt. So were his critics, who he said were all liars. Even some of his own underlings had failed him — bad people, it turned out. He said he didn’t know them.

Sound familiar? At WaPo, Paul Waldman describes how the wheels are coming off Trump’s spin machine.

Campaigns and White Houses always seek “message discipline,” the state of having everyone repeat the same carefully chosen phrases and arguments over and over in an endlessly numbing drone in order to pound their ideas through the skulls of the electorate. It’s something the Trump campaign and the Trump administration have never achieved, for a few reasons.

First, as a group, the people who work for President Trump are not particularly smart or skilled at politics. Second, because they work for Trump, they are often called upon to defend the indefensible, whether it’s disastrous negligence, shocking corruption or farcical lies. And third, Trump is so erratic and self-contradictory that it can be almost impossible for them to keep track of which brand of lickspittlery they’re supposed to perform at any given moment.

So watching the Trump spin machine whining, clunking and throwing off sparks isn’t a bad way to ascertain just how deeply this president is failing, in both practical and political terms.

The article goes on to describe how some of Trump’s minions are better at defending the indefensible than others. Dr. Deborah Birx is now on Trump’s shit list for admitting “What we are seeing today is different from March and April. It is extraordinarily widespread. It’s into the rural as equal urban areas.” Which is a plain fact. But Trump complained in a tweet that Birx “hit us.” But others — Steve Mnuchin, Mark Meadows, Jason Miller — are steadfastly repeating the lie that everything is fine and just open the schools, already.

In other words, what we’re seeing now is a kind of concentrated version of what has characterized the Trump administration all along: a chaotic stew of fantasy and lies in which brief eruptions of candor from administration officials are quickly punished, but not before they highlight how ludicrous the prevailing line of spin is. And behind the spin is a reality of horror.

Because he doesn’t actually understand pandemics or science or much of anything else, he fakes and blusters and spins. And he also grasps at straws; quick fixes that might make the problem go away.

And this takes us to vaccines. Scientists are throwing up warning flags that the administration is pushing for a vaccination to be ready by October. As in two months from now. This is to save Trump’s ass in the November election, obviously.

“There are a lot of people on the inside of this process who are very nervous about whether the administration is going to reach their hand into the Warp Speed bucket, pull out one or two or three vaccines, and say, ‘We’ve tested it on a few thousand people, it looks safe, and now we are going to roll it out,’” said Dr. Paul A. Offit of the University of Pennsylvania, who is a member of the Food and Drug Administration’s vaccine advisory committee.

“They are really worried about that,” he added. “And they should be.”

Of course, even if a vaccine is months away from being available, expect the Trump enablers to lie about one being just around the corner.

The happy talk doesn’t seem to be working on most voters.

Americans take an increasingly negative view of how their country’s handling of the coronavirus pandemic compares with the rest of the world, a new HuffPost/YouGov survey finds.

The results reflect a continuing decline in confidence over the course of this year. A March poll found that just 28% of Americans thought the U.S. was handling the outbreak worse than other countries, while a May survey put that figure at 36%.

These results split along partisan lines.

A 71% majority of Democrats say the U.S. is doing especially poorly in its fight against the pandemic, up from 49% who said the same in March. Among Republicans, 19% share that judgment, up from just 2% in March.

The overall results suggests that independents are agreeing with the Democrats.

If you read nothing else today, please see How the Pandemic Defeated America by Ed Yong at The Atlantic. It’s not behind a firewall. It’s the best analysis of the pandemic response failures I’ve seen yet. See also Trump campaign nears point of no return and Trump gets an education in the art of reversal. 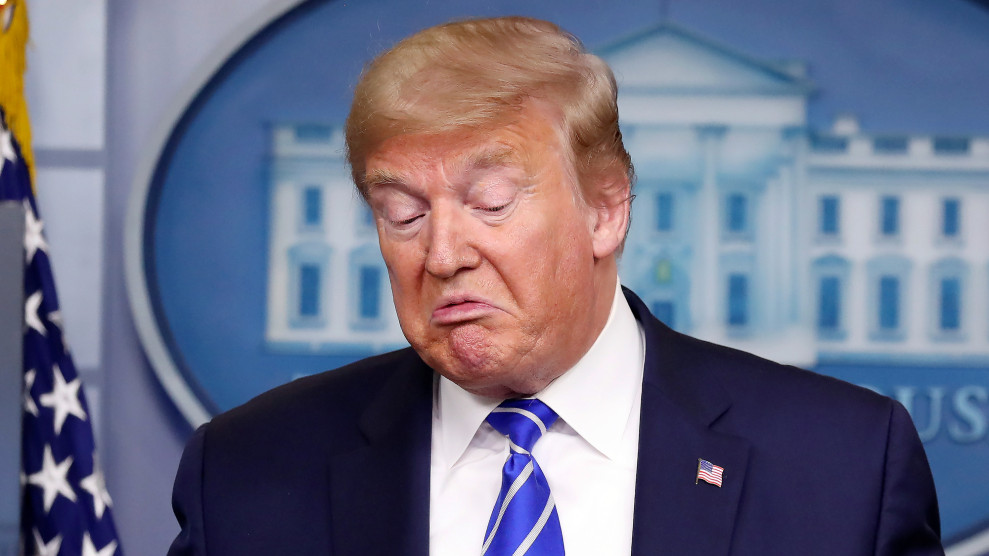