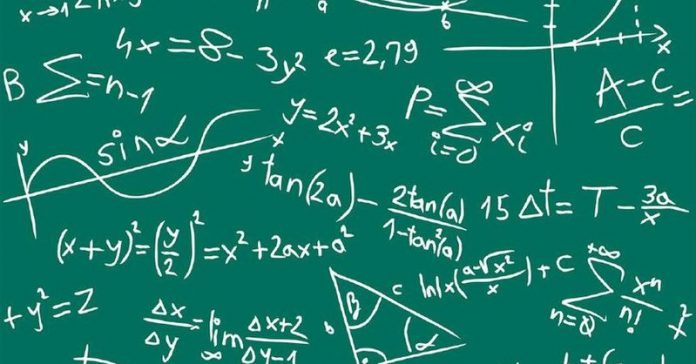 Welcome to another edition of What Words Mean! Today we’re going to look at some medical terms. Full disclosure, I am not a physician. The most medical training I have was to get a first aid Girl Scout merit badge, ca. 1965. But I’m good at looking stuff up.

Yesterday I ran into somebody claiming that covid-19 has a 99 percent survival rate. This set off an alarm. I learned a long time ago, in arguments about U.S. health care, that “survival rate” doesn’t mean what we might think it means. We might assume that the survival rate of a disease measures the percentage of patients who get the disease, are cured, and go on their merry way, happy and healthy, but that’s not so.

“Survival rate” in medicine is a measure of the percentage of people who survive a disease for a particular period of time after diagnosis, or after the onset of the disease. Cancer survival rates, for example, are usually given in five-year increments. It’s the percentage of patients who are still alive five years after diagnosis. It doesn’t mean they are cancer free, just that they are still alive. If the same people all die of cancer after five years and one month, that doesn’t count in the five-year survival rate.

You might read that cancer patients in the United States have x percent higher survival rate than cancer patients in some other country, like France. And that might sound impressive. But if you dig deeper, you might find this means the American patients are living just five months longer than the French patients, not that they are cured.

There is also what’s called a relative survival rate —

A way of comparing the survival of people who have a specific disease with those who don’t, over a certain period of time. This is usually five years from the date of diagnosis or the start of treatment for those with the disease. It is calculated by dividing the percentage of patients with the disease who are still alive at the end of the period of time by the percentage of people in the general population of the same sex and age who are alive at the end of the same time period. The relative survival rate shows whether the disease shortens life.

Without knowing exactly what is being measured, saying that covid-19 has a 99 percent survival rate is meaningless. Are we talking survival after two weeks? A month? What? It’s too soon to calculate a five-year survival rate, obviously.

And then there’s “recovery rate.” I’ve seen a lot of claims that covid-19 has a 99 percent recovery rate. “Recovery rate” doesn’t appear to be a medical term. I found recovery period, which refers to how long it takes most patients to recover from a particular disease. Example: The recovery period of measles ranges from two to four weeks, or something. But medically, to say that any disease has a “recovery rate” that is figured as a percentage is nonsensical.

What most of us want to know is, how many people who get this disease will die? And, if I get the disease, what are my chances of not dying? And we need to look at other measures for that.

To measure IFR accurately, a complete picture of the number of infections of, and deaths caused by, the disease must be known. Consequently, at this early stage of the pandemic, most estimates of fatality ratios have been based on cases detected through surveillance and calculated using crude methods, giving rise to widely variable estimates of CFR by country – from less than 0.1% to over 25%.

In other words, we don’t really know, and it appears to vary a lot. For those of you who understand mathematics, the calculation looks like this:

My impression is that it will be a while before the epidemiologists have an IFR number they feel confident about.

Case fatality ratio is “the proportion of individuals diagnosed with a disease who die from that disease and is therefore a measure of severity among detected cases.” That calculation looks like this:

The WHO people say we won’t have a reliable CFR for some time. While an epidemic is ongoing, they’re making a lot of assumptions that could turn out to be wrong. “In the COVID-19 pandemic, we have seen broad variations in naïve estimations of CFR that may be misleading,” WHO says. Again, it sounds like they don’t really know yet.

This page from Johns Hopkins looks at the CFR they have calculated for several countries. It varies from over 15 percent in the UK to 1.1 percent in Kazakhstan. The CFR for the United States is 3.3 percent. The page was updated today, it says.

(Update: I wanted to say something about the continuing claims that covid-19 is no worse than the flu. Just the raw numbers ought to have laughed that claim off the planet, but they haven’t. According to this publication, the CFR for seasonal flu is 0.1 percent. The CFR for the 1918 flu was 2.5 percent.)

In doing any of these calculations, we’re obviously at the mercy of a lot of inaccuracy. Nobody’s numbers are perfect. Any number anybody throws around, high or low, needs to be understood as a provisional thing subject to change. Nobody really knows how deadly covid-19 is. It kills a bunch of people, obviously. But to know what any one person’s chances of getting the disease and then completely recovering isn’t something anyone knows yet.

But I think we can safely say that it’s kind of stupid to keep yapping that covid-19 has a “99 percent” recovery or survival rate. That means nothing.

It’s also the case that we don’t yet know how many people will suffer some kind of long-term damage as a result of this disease. A lot of people who have been discharged from hospitals and are considered out of danger are still not recovered.

Athena Akrami’s neuroscience lab reopened last month without her. Life for the 38-year-old is a pale shadow of what it was before 17 March, the day she first experienced symptoms of the novel coronavirus. At University College London (UCL), Akrami’s students probe how the brain organizes memories to support learning, but at home, she struggles to think clearly and battles joint and muscle pain. “I used to go to the gym three times a week,” Akrami says. Now, “My physical activity is bed to couch, maybe couch to kitchen.”

Her early symptoms were textbook for COVID-19: a fever and cough, followed by shortness of breath, chest pain, and extreme fatigue. For weeks, she struggled to heal at home. But rather than ebb with time, Akrami’s symptoms waxed and waned without ever going away. She’s had just 3 weeks since March when her body temperature was normal.

“Everybody talks about a binary situation, you either get it mild and recover quickly, or you get really sick and wind up in the ICU,” says Akrami, who falls into neither category. Thousands echo her story in online COVID-19 support groups. Outpatient clinics for survivors are springing up, and some are already overburdened. Akrami has been waiting more than 4 weeks to be seen at one of them, despite a referral from her general practitioner.

The list of lingering maladies from COVID-19 is longer and more varied than most doctors could have imagined. Ongoing problems include fatigue, a racing heartbeat, shortness of breath, achy joints, foggy thinking, a persistent loss of sense of smell, and damage to the heart, lungs, kidneys, and brain.

The likelihood of a patient developing persistent symptoms is hard to pin down because different studies track different outcomes and follow survivors for different lengths of time. One group in Italy found that 87% of a patient cohort hospitalized for acute COVID-19 was still struggling 2 months later. Data from the COVID Symptom Study, which uses an app into which millions of people in the United States, United Kingdom, and Sweden have tapped their symptoms, suggest 10% to 15% of people—including some “mild” cases—don’t quickly recover. But with the crisis just months old, no one knows how far into the future symptoms will endure, and whether COVID-19 will prompt the onset of chronic disease.

You probably know that people who have had chicken pox might develop shingles decades later. We don’t know what’s going to happen with covid-19 patients, including the ones who remain asymptomatic. It might be years before we know.

Just be careful and don’t catch it. Please.