In his newest attempt to make his administration sound like a bad dystopian novel, if not the Third Reich, Trump is calling for education to be patriotic. He said this the other day:

Our mission is to defend the legacy of America’s founding, the virtue of America’s heroes, and the nobility of the American character. We must clear away the twisted web of lies in our schools and classrooms, and teach our children the magnificent truth about our country. We want our sons and daughters to know that they are the citizens of the most exceptional nation in the history of the world. (Applause.) …

…As many of you testified today, the left-wing rioting and mayhem are the direct result of decades of left-wing indoctrination in our schools. It’s gone on far too long. Our children are instructed from propaganda tracts, like those of Howard Zinn, that try to make students ashamed of their own history.

The left has warped, distorted, and defiled the American story with deceptions, falsehoods, and lies. There is no better example than the New York Times’ totally discredited 1619 Project. This project rewrites American history to teach our children that we were founded on the principle of oppression, not freedom.

The 1619 Project is an ongoing initiative of the New York Times. It attempts to place the story of slavery, its consequences and its accomplishments, “at the very center of our national narrative.” Here’s an about page that explains it at more length. I know there will be well-meaning people who quibble at placing slavery at the “very center” of U.S. history, but I support the project. The story of slavery and its aftermath is not a sidebar, or some auxiliary narrative, but really is at the core of how our country developed as it did, politically, socially, and culturally. And today racism is the number one factor corrupting our politics.

Conservatives have been whining about how American history is taught since the 1960s. But the terrible irony is that all us white babies born in the early years of the Boom — late 1940s, early 1950s — got exactly the education that Trump is calling for. American history was centered on the white experience. White men did everything important (Betsy Ross got a sidebar). The founders were all wise and brilliant. The Civil War was some kind of misunderstanding. And everything the United States ever did was noble and beneficent, and today we are Number One at everything. I remember learning in middle school that the United Kingdom had a bigger merchant marine than the U.S., and it terrified me. We’re supposed to be Number One! God said so! What happened?!

And, of course, all of this educating was within a Cold War context that perpetually extolled the innate superiority of the U.S. and capitalism vis à vis the sinister,  communist Soviet Union, Red China, etc. I remember seeing pictures in Sunday School lessons showing Jesus blessing America while the Devil stood with Nikita Khrushchev. Not subtle at all. So if any generation of people should have been a pack of knee-jerk, rah-rah patriots, it was us Boomers.

But then we got older, our parents started the War in Vietnam, and the boys got drafted. And some of us felt betrayed and grew our hair and smoked dope and tried to levitate the Pentagon. But I think that feeling of betrayal was critical to the counterculture and Students for a Democratic Society and the New Left and all the rest of it. We could see the Big Lie. Yes, there was much about U.S. history to admire, but there was much that stank out loud. We weren’t always the good guys. We had to do a lot of processing.

Conservatives in the 1960s blamed our discontent on the way we had been educated, but the truth is we were educated exactly as they thought we should have been. We were educated to believe in American exceptionalism and capitalism and freedom, rah rah rah. And, of course, only the stuff white men did was really important.

I can’t speak from experience to the prodigious amount of processing that Black Americans my age must have done. Brown v. Board of Education was decided in 1954, a couple of years before I began Kindergarten in 1956. In 1957, the governor of Arkansas called out 10,000 National Guard troops to stop nine Black teenagers from enrolling in the all-white Little Rock public high school. And then President Eisenhower  sent members of the U.S. Army’s 101st Airborne Division to take charge and escort the Little Rock Nine into the school building. Black Americans my age spent their entire public school years during the white riots over desegregation that broke out all over the country.

But this is not ancient history for us. I believe strongly that most of our political dysfunctions today had their origins in racism and the fight to end Jim Crow and segregation. We’re not going to set things right until we fully face this and atone for it. Trump, of course, wants to go back to 1950s-style history education that was all about white men. No critical race theory for us!  I doubt Trump could define critical race theory, even though he called it out in his talk and called it “child abuse.”

“The left-wing cultural revolution is designed to overthrow the American Revolution,” Trump said. On the contrary; since the 1960s most of us have wanted the founding values of political and civil liberty to be real. Not propaganda, not meaningless words. We want them to be real. And we want them to be applied equally to everybody.

We don’t want to overthrow the American Revolution. We want to take it up again and complete it. We are all created equal. So, let’s act like it.

Lucy Diavolo, whom I believe to be a lot younger than I am, wrote in Teen Vogue, “Anyone who’s read a public school history textbook in the last 20 years knows that it’s not full of left-wing indoctrination.” She points out that because of state textbook adoptions, state adoption committees (usually appointed by governors) can dictate a lot of what goes into the textbooks in that state’s school. Let’s just say these people do not tend to be Marxists.

But of course, what Trump is really calling for is white supremacist education. Paul Waldman:

We’re discussing the legacy and persistence of racism more now than in decades. And Trump understands that all this talk about institutional racism and White privilege makes many White people feel attacked and defensive, as though they’re being personally accused of sins they feel they haven’t committed.

So in response he gives them permission to stop feeling bad. Not only will I protect Confederate statues and banish talk of racism from schools, he claims, I’ll convince everyone that the real thing we need to eradicate isn’t racism itself but talking about racism.

Call it the White Innocence Project.

The White Innocence Project has been going on for, um, centuries now. It ain’t workin’.

The guys in this picture were a varied lot. They weren’t saints. Like any group of humans, they manifested both admirable qualities and dark impulses. They were conditioned by their times and cultures and blind to many things, as we are. It does no good to worship them, but we can take the work they began and make it better. 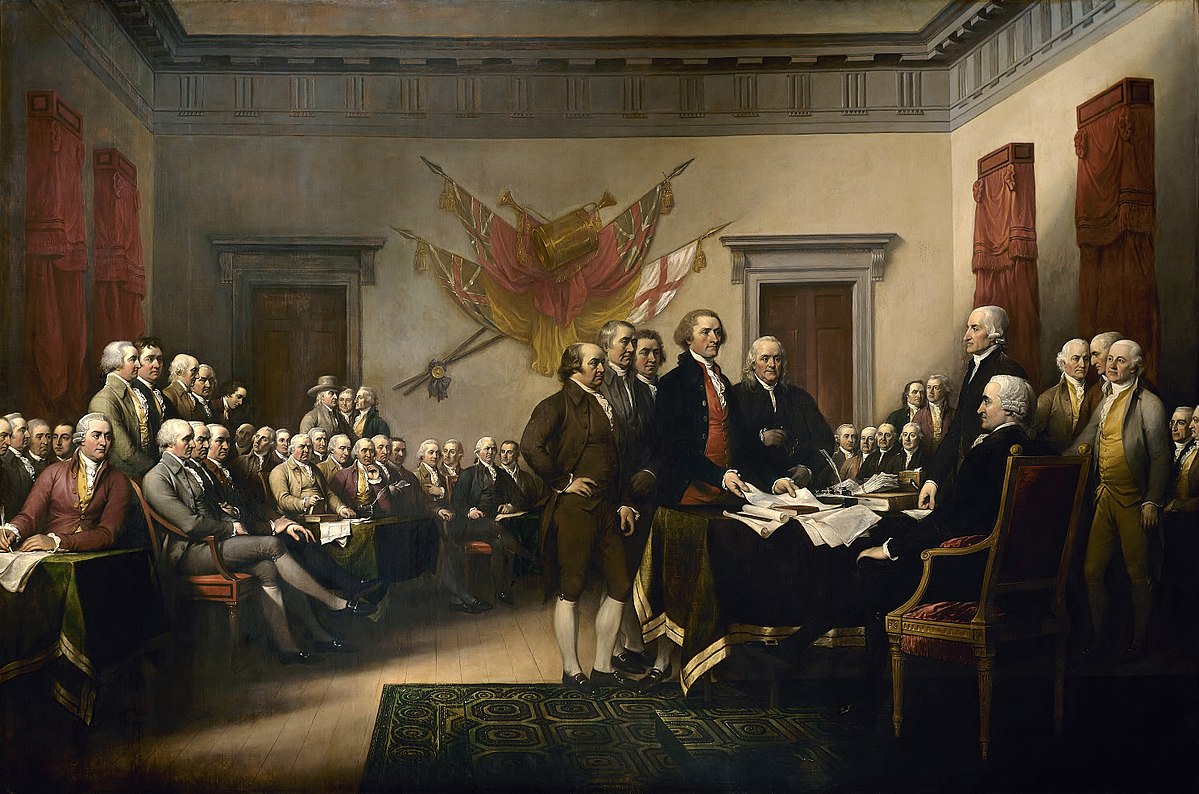 5 thoughts on “Some of Us Need Some Educating”