How you vote will depend a lot on which state you live in. If you live in a reliably blue state that’s voted by mail for a while now, then you can ignore this post. If you have health issues that make you particularly vulnerable to covid-19, ignore this post. You know your own precinct better than I do, and if you typically have to endure a gauntlet of horrific obstructions that you just can’t deal with, I understand if ignore this post. Everyone else, listen up:

In most states, the mail-in votes are not counted until after the polls close and the in-person votes are tallied. Trump is counting on this. Note that after New Jersey announced it would begin counting mail-in votes 10 days before the election, the Trump administration filed a motion to stop it.

Polls are telling is that a huge percentage of Democrats plan to vote by mail, while only a trickle of Republicans will do so. Indeed, Huge numbers of Republicans say mail-voting is fraudulent. This sets up the very real possibility that Trump will be in the lead on election night even if Biden has won by a landslide. This also sets up the very real possibility that vast numbers of legitimate mail-in votes will never be counted.

Trump said on Saturday, “We’re counting on the federal court system to make it so that we can actually have an evening where we know who wins, OK? Not where the votes are going to be counted a week later, two weeks later.”

There is no reason why a slower vote count is in any way illegitimate. There was a time it usually took days to find out who won the presidential election. However, Trump has created a widespread perception that there’s something fishy, even illegitimate, about results that take a few days rather than a few hours. And he’s going to use that.

Note also that states have set dates on which the results are to be certified. These dates vary and mostly fall in late November and early December, although a few are earlier. I’m not sure what happens if the votes still aren’t all counted by the certification date; that might vary by state also.

But Trump has appointed a huge number of judges to federal courts, most if not all of them right-wing ideologues and Republican loyalists. He must have a few in every state by now who are depraved enough to file injunctions to stop the mail-in vote counting.

… the RNC and Trump campaign advisers are now mapping out their post-election strategy, including how to challenge mail ballots without postmarks, as they anticipate weeks-long legal fights in an array of states, according to people familiar with the plans, who spoke on the condition of anonymity to describe internal discussions.

If you vote by mail, pay attention to what your state election laws say about postmarks. You might take you ballot directly to the county election commission or hand it to a poll worker on election day, and that might be perfectly legitimate, but the envelope won’t have a postmark. That’s the sort of thing the Trumpers plan to use to have your vote tossed.

The campaign plans to have lawyers ready to mobilize in every state and expects legal battles could play out after Election Day in such states as Pennsylvania, North Carolina, Michigan and Nevada, they said.

They’ve probably got motions for injunctions to stop vote counting prepared already. And if the injunctions to stop the vote count go the the Supreme Court — well, Trump could very well have his brand-new flaming fascist judge seated and ready for action by then. Remember Bush v. Gore? Of course the court would give the election to Trump.

The only way there won’t be a huge fight over counting votes after November 3 is if Joe Biden is ahead on election night, preferably comfortably ahead. And this means that most of us voting for Biden, especially in the battleground states, need to vote in person.

A number of knowledgable people, including Dr. Anthony Fauci, have said that voting in person shouldn’t be all that risky. Wear a mask, keep your hand sanitizer handy, maintain social distance. It should be no worse than shopping for groceries.

See also: Maybe We Need to Rethink Voting by Mail and Please Vote in Person If You Can. 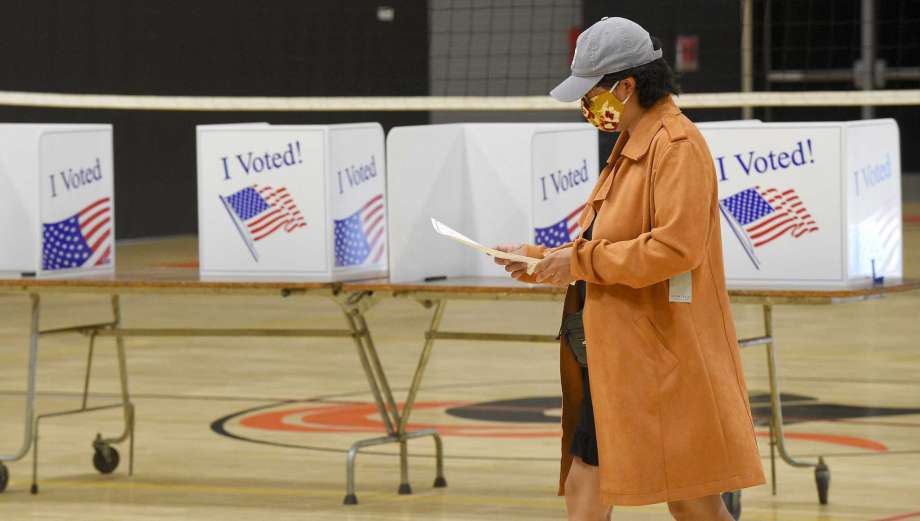