This week Trump has made noises that he may leave the country if he loses. Since Trump doesn’t understand humor or jokes, we can assume he is seriously considering leaving the country if he loses and that his internal polling numbers are telling him he’s going to lose. The question is, would that be before or after the January inauguration? Jonathan Chait:

Perhaps one thing on the president’s mind is the developing criminal case against him. He faces serious legal jeopardy by prosecutors in Manhattan and New York State for what seems to be on its face fairly cut-and-dried criminal fraud in his private business dealings. It is also possible that, having left office, prosecutors may turn over some rocks and discover more criminal behavior as president of the United States. (The Department of Justice has a policy of not charging the President with crimes, but that expires if he leaves office.)

Especially if the election result is an unchallengable landslide — and we don’t know that it will be, but let’s pretend — Trump very well might try to flee the reach of prosecutors before he is officially out of office. It wouldn’t surprise me in the least if he’s gone before Christmas.

But that leaves us with the question of where he might go. Without the powers of the presidency, he’s likely to find he doesn’t have many friends in the world. And then there’s his debt problem. Yesterday a writer at Forbes published an analysis of Trump’s known debts and assets that suggest he’s more than $1 billion in debt, not just $400 million. And, of course, we don’t know who holds all of that debt. Trump may be wanting to avoid whoever that is, also. But if he flees the U.S. to escape prosecution, will he be able to take his Secret Service protection with him?

At the Atlantic, Graeme Wood writes that after the election Trump might vacate the presidency and leave Mike Pence in charge, with the understanding that Pence will pardon him for any federal crimes he might have committed. (Presidential self-pardons are constitutionally iffy.) However, at the moment it’s New York and Manhattan after his ass. And if he’s indicted later at the federal level for ongoing obstruction of justice, Pence’s blanket pardon may not mean much.

Wood also doesn’t think Trump will either try to start a civil war to stay in office or leave the country but instead will go back to his old patterns of grifting.

I think this scenario is in fact the most likely one, if Trump loses the election. And it may even be his preferred scenario, better than an outright victory (which would require another four years of onerous employment), better than showing up on Inauguration Day and having to duel Joe Biden for the right to be sworn in. As for the prospect of civil war: Trump is a coward, and all evidence suggests that he would run from the responsibility, even more burdensome than normal service as president, of overseeing the violent fracture of America. A civil war sounds like a lot of work. The easiest path is also the most lucrative. Get on Marine One, protesting all the way, and spend the rest of your days fleecing the 40 percent of Americans who still think you are the Messiah, and who will watch you on cable news, spend their money on whatever hypoallergenic pillow you endorse, and come to see you whenever you visit their town.

And that’s plausible also, assuming he can wiggle out of his legal problems.

The Biden campaign wants you to know that their internal polls are showing a tighter race than the public polls, so let’s not get ahead of ourselves. Vote, dammit.

As I’ve written before, the Trump campaign is preparing teams of lawyers to go in and stop the count of mail-in votes in states where Trump has an election-night lead. This is still our primary concern. However, the huge early voting numbers may save us.

While no one in Bidenworld is projecting a landslide, or showing any sign of overconfidence, the candidate’s braintrust has been gaming out what to do if Biden is declared the winner, especially if it’s by a modest margin—and Trump refuses to accept the results. “Look, we may need the entire campaign operation to move to Pennsylvania to ensure that absentee ballots are counted,” a Biden adviser says. “That’s going to require money and manpower, and we’re making sure we have all of that.” Longtime Biden senior aide Ron Klain, plus campaign legal heads Dana Remus and Bob Bauer, are among the top staff thinking through the multiple court actions that might be necessary.

But it’s also the case, Smith says, that Trump is unlikely to want to be photographed  being hauled out of the White House kicking and screaming, which is what would happen eventually. If it comes to the point that it’s obvious even to Trump that Biden will be inaugurated, Trump will more than likely just leave. Maybe in the dead of night.

And then on that day — it’s like a miracle, Trump will disappear. For a while, anyway. 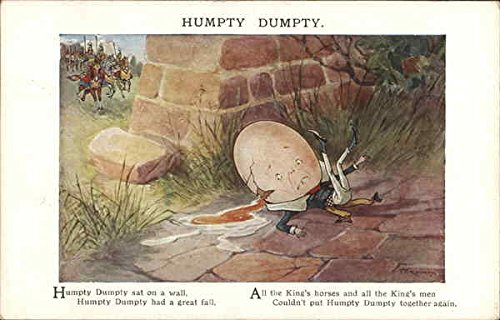