I do not envy Joe Biden and Kamala Harris. They’ve got a ton of crises all screaming at them for attention. So many critical issues need addressing yesterday. And they’ll be slammed for every effort that falls short of miraculous. Let us all hope they succeed.

But before new business, there is old business.

Trump began his administration with a speech still called “American Carnage.” And American carnage is what he, very literally, caused. 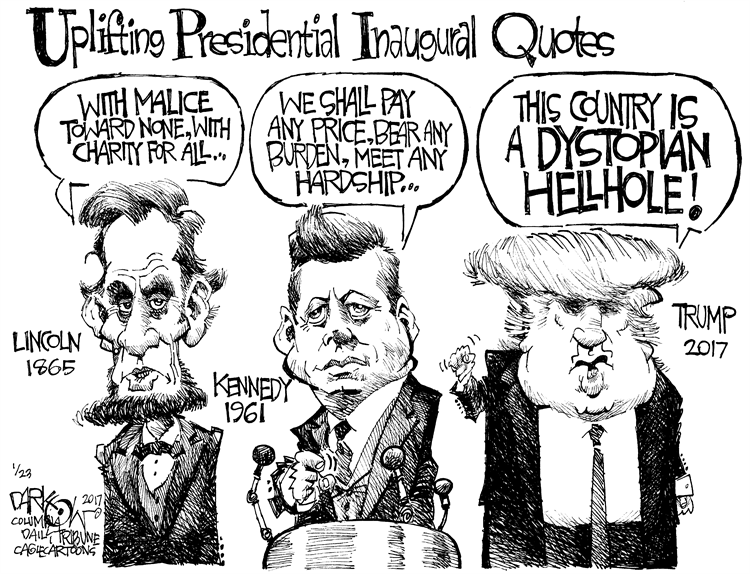 Trump didn’t actually call the U.S. a “dystopian hellhole,” but thanks to his maladministration, it’s a lot closer to being one now than it was in January 2017. And we need to face up to what has happened over the last four years. No more sweeping unpleasant truth under rugs; no “moving on” this time. We need to face this. Many need to be held accountable.

Ta-Nehisi Coates has an essay at The Atlantic called Donald Trump Is Out. Are We Ready to Talk About How He Got In? It’s a good place to start. I recommend it. But I want to quote just a little bit of it for reference.

“The FBI does not talk in terms of terrorism committed by white people,” the journalist Spencer Ackerman wrote in the days after the January 6 riot at the Capitol. “Attempting to appear politically ecumenical, a recent bureaucratic overhaul during an accelerated period of domestic terrorism created the category of ‘racially motivated violent extremism.’” But only so ecumenical. “For all its hesitation over white terror,” Ackerman continued, “the FBI until at least 2018 maintained an investigative category about a nebulous and exponentially less deadly thing it called ‘Black Identity Extremism.’”

“When the gap between ideal and real becomes too wide,” Tuchman writes, “the system breaks down.” One hopes that this moment for America has arrived, that it can at last see that the sight of cops and a Confederate flag among the mob on January 6, the mockery of George Floyd and the politesse on display among some of the Capitol Police, are not a matter of chance.

Coates is writing about something bigger and deeper than just terrorism, but I think we need to start with white supremacist terrorism before we go on to the bigger and deeper things. As I keep saying, for too long we’ve put terrorism committed by whites in a separate category called “not terrorism” or “mental illness” or “aberration,” and let it go. And the problem of white supremacist terrorism just gets worse and worse, as we keep seeing. That’s got to stop. For that matter, allowing white men to skip the trials others are put through to succeed has to stop. See also Nancy LeTourneau, It’s the White Male Privilege, Stupid.

I am pleased to see that a leader of Oath Keepers has been arrested for conspiring to commit an offense, obstructing an official government proceeding, unlawful entry and disorderly conduct. Other Oath Keeper members have been arrested also. I understand the Oath Keepers are being charged with coming to DC with plans for capturing or killing legislators. This was not a spur-of-the-moment lark for them.

Also at The Atlantic, see Graham Wood, What to Do With Trumpists. Wood agrees that Trump, and anyone who took part of the January 6 insurrection, must face prosecution. However, there are millions of Trump voters who have not taken part in any insurrection or provocation, ever. What do we do with them? They can’t all be imprisoned or otherwise eradicated. “You cannot treat tens of millions this way,” Wood writes, “and that means we need to lure back many of the 74 million, including some whose brains have been pickled by exposure to QAnon and 8chan.”

Over the next few months many people will “remember” they were never really into Trump that much after all. This process is already beginning; today Mitch McConnell himself said that the mob that stormed the Capitol had been “provoked by the president and other powerful people.” Maybe he’s moving gradually toward allowing Republican senators to convict Trump. We’ll see.

That leaves us with those stuck in hysteria — of QAnon conspiracies, that Biden stole the election, that antifa will burn down your town, etc. Wood suggests creating a culture of calmness. Everyone should crank the dial down several notches.  Sounds good, but I don’t see right-wing media following suit.

We need media reform. This includes social media and news media and all the media. How do we reform media without trampling on the First Amendment? I am not sure. There must be penalties for knowlingly publishing or broadcasting lies, or at least reckless disregard for the truth, to discourage people from doing it.

And this includes campaign advertising. I swear, if Republican candidates in these parts weren’t allowed to run ads that lied about their opponents, I’m not sure they’d know how to campaign at all. But I don’t want to give government censorship power. Possibly the answer is to make it easier to file civil lawsuits against such lies, including suits against television stations that run the ads. This would encourage stations to refuse to run ads that make claims that are uncorroborated.

See also Jennifer Rubin, Legitimate media must adjust to new political realities. This is not her only suggestion, but it’s perhaps the most important one:

The media must resist the fetish for moral equivalence that makes politics seem like merely a matter of policy preference. We know politics today is about something far more basic: Do you accept reality? Evenhandedness puts the deluded on the same level with the sensible. We should not say, for example, something along the lines of Biden believes the vaccination process is in shambles. Republicans do not. Better to be clear: According to factual criteria, the vaccination process is in shambles. Trump Party members who never recognized the severity of the disease and balked at mask-wearing despite its proven efficacy will not admit the process is in rotten shape. The short version is easier, simpler and headline-ready; it is also hugely misleading.

Hold Republicans accountable. Hold Trump and Trumpers accountable. Media reform. Anything else? There’s also what Democrats need to do, of course, and I want to get to that this week.

Also: Axios has been running a series of articles called Off the Rails that’s worth a look. 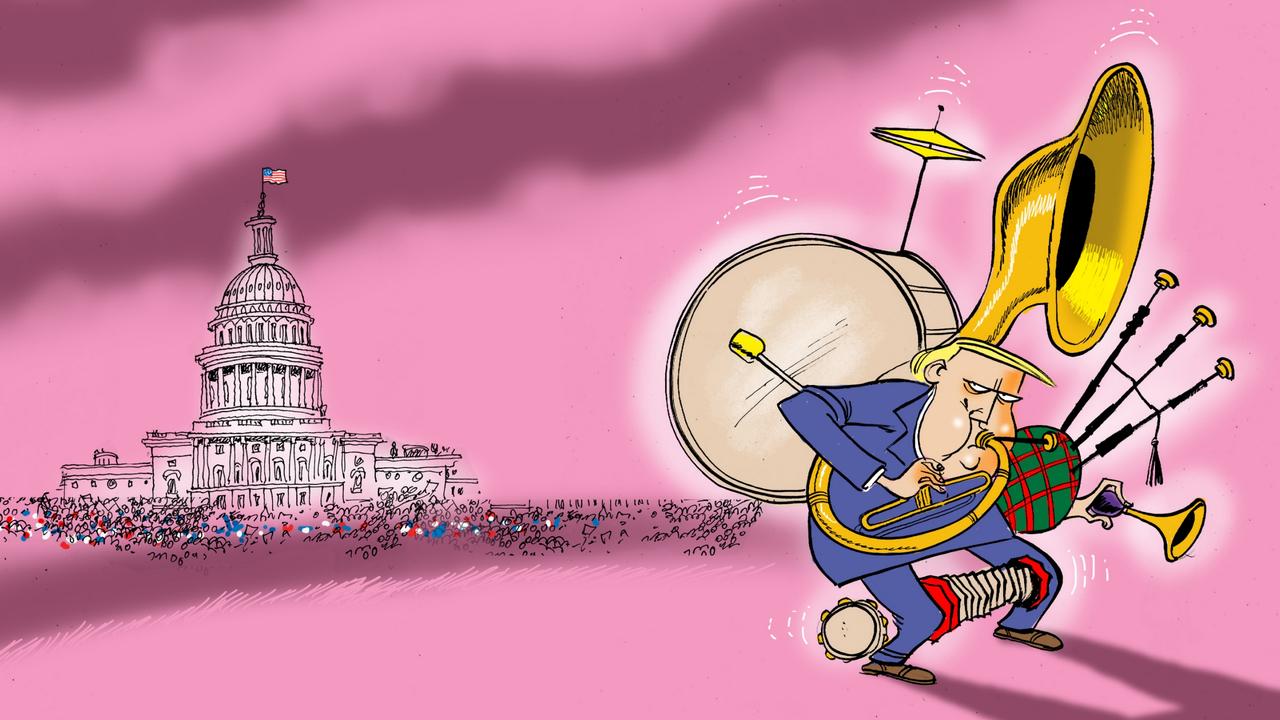 8 thoughts on “Tomorrow and After”