Yes, it’s now a $2 trillion plan, down from $3 trillion a couple of days ago. It’s not clear to me what was left out. I suspect some things they were talking about a couple of days ago will be introduced in a separate package, but as of right now I’m not sure about that.

Oh, wait, here it is — “The American Jobs Plan is expected to be followed by a second economic package in April that includes a major expansion in health insurance coverage, child-care subsidies, free access to community colleges and other proposals.” So that much was separated out of the main package.

Because I can’t deal with a lot of information all at once, I want to just discuss this piece from Axios, Changes to capital gains taxes omitted from Biden’s infrastructure plan. The plan President Biden proposed today does not increase individual income tax at all, including capital gains taxes. Instead, it raises the top corporate rate from 21% to 28%. Axios says it also proposes “a global minimum tax of around 21% (calculated on a country-by-country basis), cutting a tax exemption on the first 10% of overseas profits and ending tax subsidies for fossil fuel producers.”

I like that last one a lot. See also Biden’s infrastructure plan aims to turbocharge U.S. shift from fossil fuels. Excellent.

The Axios article focuses on speculating why capital gains are untouched. I’m guessing this was a political decision.

Paul Waldman and Greg Sargent wrote yesterday about how the Republicans will gaslight the infrastructure package. Their talking points “will revolve around fearmongering about deficits and tax hikes.” They also will “cherry-pick from the package to portray it as stuffed with wasteful boondoggles.”

Possibly the Biden team anticipated this and decided that NO increase in individual income taxes would be harder to gaslight. According to a 2019 Gallup poll, about 7 out of 10 Americans believe corporations are not paying their fair share in federal taxes. Assuming that’s still true, it may be that most Americans aren’t going to get too worked up about the tax hikes on corporations. We’ll see. 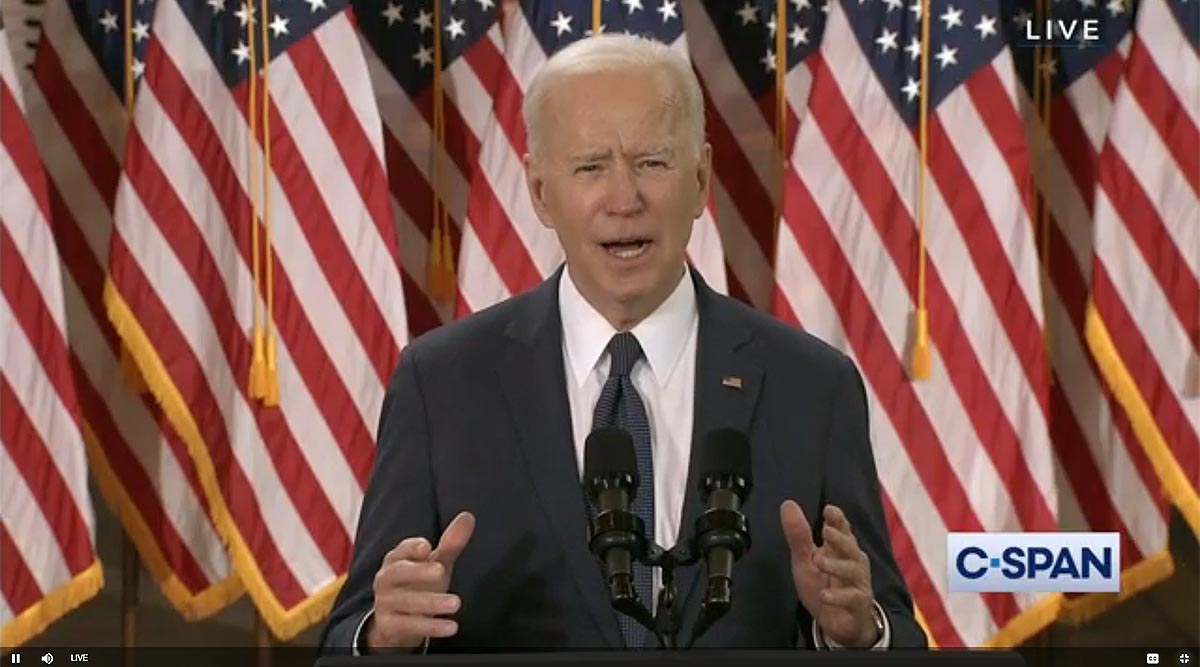 5 thoughts on “The American Jobs Plan”