First, here’s a sad story about Rep. Elise Stefanik’s journey from respected conservative voice at the Harvard Institute of Politics to MAGA-head zombie. My take on this is that Stefanik simply found that the fence she was sitting on evaporated out from under her. As a congressional Republican she had to support the voter fraud lie or be slammed by her caucus, and for that the Harvard IOP bounced her. So she took the road left to her and went full MAGA.

Here’s another sad story: In his quest to be the lone Democrat holding aloft the sacred torch of bipartisanship, Joe Manchin has been floating an alternative proposal to the For the People voting rights act that he thinks could get bipartisan support.

Manchin is now pitching a fix to the Voting Rights Act that would subject all 50 states to the so-called preclearance process. That goes farther than the VRA restoration legislation that has been previously introduced, which is moving separately from s1 so Democrats can create the kind of legislative record that will make the law more resistant to legal attack. Manchin nonetheless has described the approach as something to be done with bipartisan support.

The “preclearance” part means that all states would need to get federal approval for changes to their election practices. You can read more about Manchin’s proposal here. It really would do some good. But the sad part for Joe Manchin is that it appears Senate Republicans have shot his proposal down already.

On Thursday, [Sen. John] Cornyn signaled that such an idea would not get much buy-in from the Republican Party.

He characterized it in suspicious terms. The idea of a 50-state preclearance system has only been outlined by Manchin in vague terms, which to Cornyn, meant that there is an “effort afoot” to do through the “back door” what S1 was trying to do through the “front door:” a supposed federal “takeover” of the U.S. election system.

See also Biden is reaching out to Republicans. But his real target is Joe Manchin. by Paul Waldman and Greg Sargent. “The only way Manchin will be part of a purely party-line vote for infrastructure is at the end of an extended process in which Biden makes repeated attempts to bring Republicans in, attempts that are clearly rejected by McConnell,” they write. So sad for Joe Manchin. So sad for the rest of us.

It seems to me that we’ve reached a place in our ongoing political drama that there is no longer any place for fence-sitting. The fence is gone, and the middle ground is a sinkhole. Everyone has to choose a side now. Of course, Joe Manchin hasn’t figured that out yet, but maybe the Red Wall of No being offered by his Republican colleagues will provide a hint.

Now a group of prominent Republicans — mostly retired, I think — have issued an ultimatum that they will leave the party if the Republicans don’t get themselves out of the MAGA trap. Jennifer Rubin:

In a document titled, “A Call to American Renewal,” the signatories reference Cheney’s ouster and write, “This ‘common-sense coalition’ seeks to catalyze the reform of the Republican Party and its recommitment to truth, founding ideals, and decency or, if unsuccessful, lay the foundation for an alternative.”

That’s going to mean nothing to the MAGAts, I fear. Rubin says the goal of this group is not so much to restore the Republican Party but marginalize the current Republican Party so that sane people can move back in to occupy it. They are especially focused on getting Kevin McCarthy out as House Republican leader, Rubin says. I am skeptical much will come of this, but we’ll see.

Last night on the Chris Hayes show, Sam Seder argued that we’re way past the point at which the GOP can be saved. This is worth watching.

The GOP has been heading in this direction for at least 20 years, Seder says. We are at least five or six years beyond the point at which the party could have been saved. There is no “coming back to their senses.” There is no leveraging this.

Republicans have been going down the path of believing obvious lies that support the reality they want to see for many years. They were well down that road even before we got to the Iraq War buildup, with the ominous aluminum tubes and yellowcake uranium that would turn into mushroom clouds at any moment.

The current situation provides a grim demonstration of how far confirmation bias can be stretched by people who are not, as far as we know, actually psychotic. Increasingly Republicans aren’t just sellling out their principles and their country; they are selling out reality. They are so far gone now that there is no longer a way out. Recent examples include their new theory that Dr. Fauci is responsible for the covid pandemic and that the January 6 insurrection was just tourism. Now Republicans in the Michigan legislature are pushing a bill that would muzzle newspaper “fact check” columns.

Under the legislation, fact checkers would have to register with the Secretary of State and file proof of a $1 million fidelity bond. Civil actions could be filed against the fact checkers, and any violations could result in fines of at least $1,000 per day for as long as the violation continued.

There’s no way back from this. There aren’t enough “reality based” Republicans left in government to reconstitute a workable party.

Back in 1964, Richard Hofstadter wrote,

It’s been some years since the GOP gave up on government and instead went with polemics alone. Current Republican office holders don’t seem to know how to do anything else. No, there’s no coming back for them. 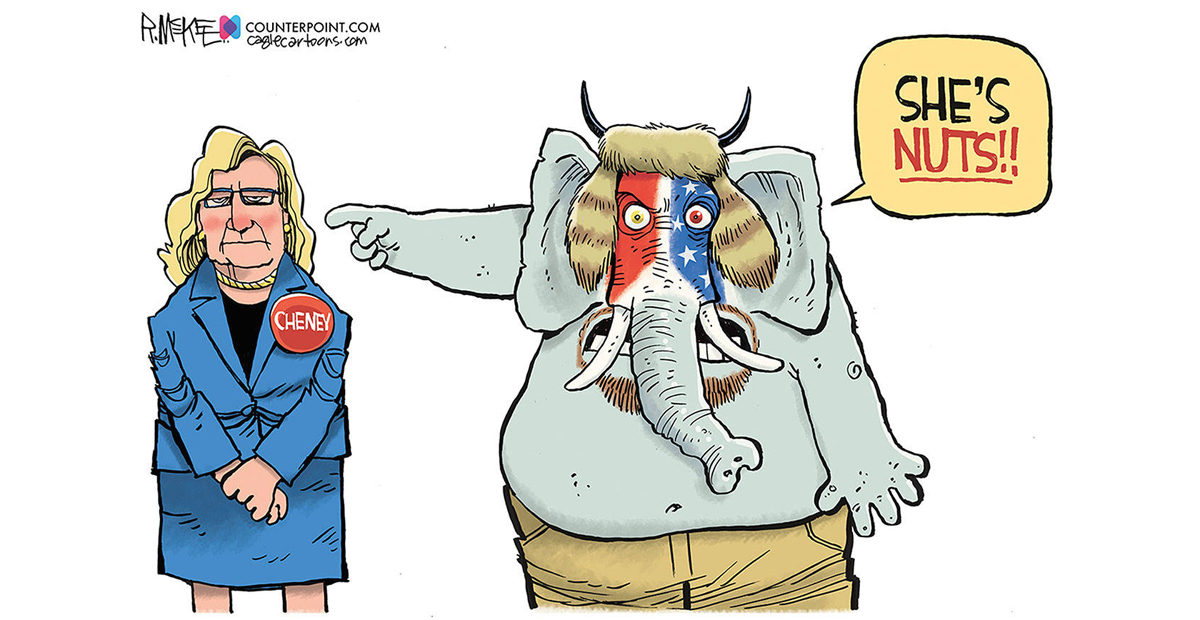