Whenever violence breaks out between Israelis and Palestinians I check with Juan Cole to see what he says about it. His post for today, Gaza and Israel’s Kidnapper’s Dilemma: Keeping a Million Children Brutalized in its dark Basement, is very much worth reading. I don’t even want to try to summarize it.

See also H. Scott Prosterman, How Trump’s “Abraham Accords” Inflamed Tensions by Marginalizing Palestinians and how Biden must hold Israel Accountable. Among other things, Prosaterman explains that the escalation of violence will help Bibi Netanyahu stay in power. Unfortunately.

The hostilities shouldn’t be a surprise to anyone. The “Abraham Accords” brokered by Jared Kushner, in which Kushner didn’t bother to consult with Palestinians, were widely recognized at the time to be a bad joke. (But yeah, it’s much easier to reach an accord when you only talk to one side. Efficiency!) From January 2020, see Fred Kaplan, Trump’s Plan for the Middle East Has Nothing to Do With Peace.

And in the present, see also Alex Ward, Trump’s signature Israel policy had a key flaw. We’re seeing it now. Very basically, Mr. Ivanka’s idea was that if other key players in the region — in this case, the United Arab Emirates, Bahrain, Sudan, and Morocco, nations that signed on to the Abraham Accords — normalized relations with Israel, this would reduce support for the Palestnians and force the Palestinians into negotiating a peace deal. A great many people at the time, including John Kerry, said this was nonsense on steroids. The Accords simply encouraged Israeli righties to think they could do whatever they wanted in Gaza without disapproval from outsiders. Alex Ward continues,

And the violence continues. For a really excellent background article on the whole mess, see Israel’s unraveling by Zack Beauchamp at Vox.

But it’s also the case that we can’t exonerate Democrats on this one. Israel has been something of a political third rail for many years. All American politicians have memorized the standard talking point, “Israel has a right to defend itself.” And so it does. But for a very long time Israeli policies toward its non-Jewish citizens, and Gaza in particular, haven’t had much connection to self-defense.

Further, one assumes that Palestinians have a right to defend themselves also.

The Biden Administration’s response to the current violence has been disappointing. Shadi Hamid writes at The Atlantic,

Despite inching toward the Democratic Party’s left flank on various domestic- and foreign-policy issues, the Biden administration has fallen back on the usual formulas, offering robotic recitations about “Israel’s right to defend itself.” On Thursday, President Joe Biden said that he hadn’t seen a “significant overreaction” from Israel, while failing to mention a word about Palestinian deaths. In so doing, he gave Israel what amounts to a green light to intensify its bombing campaign.

The White House has been eager to highlight Biden’s “unwavering support” for Israel, which raises the question of what, if anything, might cause America’s support for the Israeli government to waver even slightly. This question is worth asking sooner rather than later, now that more than 120 Palestinians have died, a quarter of them children—all in a few days—according to Palestinian officials.

Americans have a hard time processing the Israeli-Palestinian conflict, IMO, because it doesn’t neatly fit into a good guys/bad guys dichotomy. No one is blameless here. But in the U.S. there has been a long-standing consensus that we would take Israel’s side, no matter what, and U.S. news media have carefully reported on the conflict from the Israeli perspective. They are still doing that, for the most part.

It probably didn’t help that the first many of us older folks learned about the conflict was in 1972, when a Palestinian terrorist group called Black September took the Israeli wrestling team hostage at the Munich Olympics. Along with being an atrocity — the entire wrestling team and a German policeman died, as did most of the terrorists, before it was over — it made “Palestinian” synomymous with “terrorist” to most Americans. (And the moral is, terrorism is really bad PR and doesn’t help your cause any. It just makes people not like you.)

Now things seems to be shifting. See Marya Hannun at Slate for How Black Lives Matter Changed the American Conversation About Israel and Palestine. See also Israel-Hamas fighting poses test for Biden and exposes rifts among Democrats at WaPo. Older Democrats are sticking with the old pro-Israel consensus. “But a new crop of younger lawmakers willing to challenge the party’s pro-Israel orthodoxy has put pressure on the Biden administration and congressional leaders amid polling showing growing skepticism among Democrats about Israeli actions,” Anne Gearan and John Hudson write at WaPo. See also Lisa Lerer and Jennifer Medina at the New York Times, Tensions Among Democrats Grow Over Israel as the Left Defends Palestinians.

And it’s not just younger progressives. See Bernie Sanders, The U.S. Must Stop Being an Apologist for the Netanyahu Government.

I assume the U.S. Right is sticking with unwavering support for whatever Bibi Netanyahu does while accusing Democrats of antisemitism. I don’t expect that to change. It seems to me that Netanyahu and Israel’s hard-right policies toward the Palestinians are pushing Israel — unnecessarily — into an existential crisis, and years of blind support from the United States have not helped. It’s a damn shame all around. 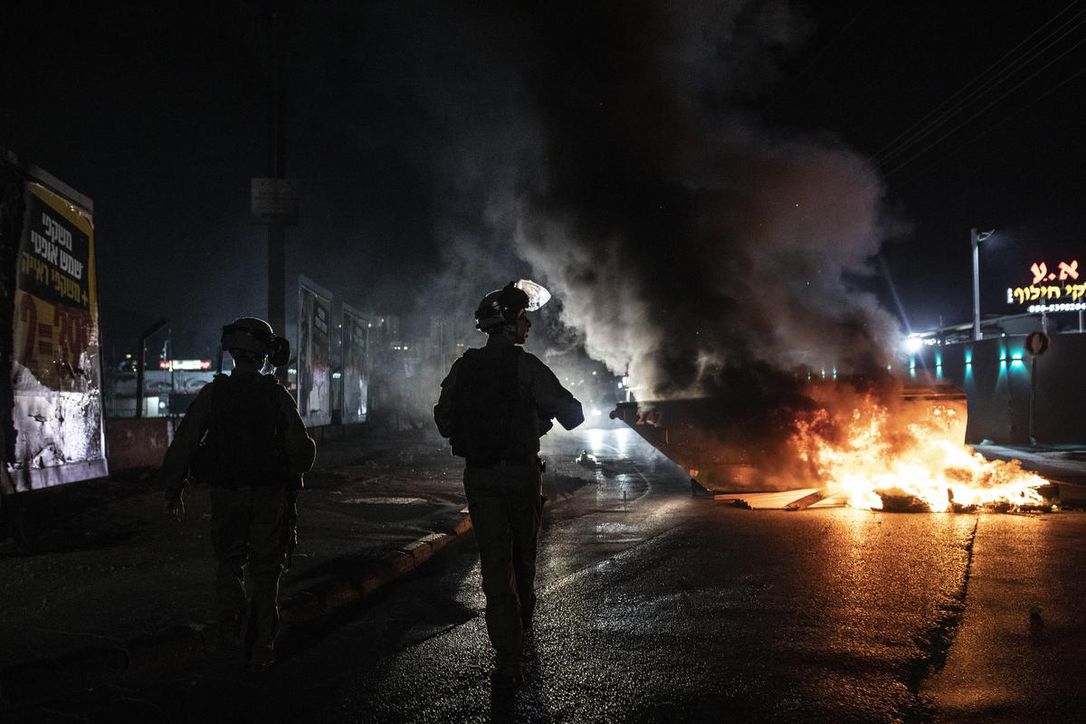 5 thoughts on “About the Israeli-Palestinian Conflict”