Call it Covid Karma. Republican governors of several states who have pooh-poohed the pandemic and refused to address it aggressively are now seeing their states turn into vast petri dishes for cultivating the Delta Variant.

GOP governors implored their residents on Sunday to get vaccinated against the coronavirus, as polling shows that vaccine hesitancy has been driven by Republicans and as the virus’s new, more contagious delta variant has caused recent upticks in covid-19 cases in areas with low vaccination rates.

Here is Missouri, the utterly worthless governor Mike Parson has all along refused to issue any sort of mandate to wear masks in public. For a short time last spring there were limits on the number of people who could be inside a business, but that didn’t last long. Througout the pandemic there has been tension between the cities, Kansas City and St. Louis, and the Parson administration over Covid restrictions. Our excessively worthless attorney general Eric Schmitt at one point filed a lawsuit against St. Louis County for its “overreach” on mask mandates and limits on social gatherings, all of which followed CDC guidelines. On June 15 Parson himself signed a law that put limits on the ability of county health agencies to enforce any kind of pandemic restriction unless the governor has declared a state of emergency. He also has banned any publicly funded entity from using vaccine passports or requiring proof of vaccination.

But now I see the state has asked the White House for help with the Delta variant.

The state reached out to the Biden Administration only hours after the White House announced that it was creating “surge response teams” to help states contain outbreaks fueled by the new variant and low inoculation rates.

In the past two weeks, the daily number of reported cases in Missouri has more than doubled, and hospitalizations have increased 20 percent, though the figures remain a fraction of their November peak, according to a New York Times database.

The spike has been especially pronounced in the southwestern part of the state, which is home to tourist destinations like Branson and the Lake of the Ozarks, and where several hospitals recently had to move about a dozen Covid patients to other facilities because of staffing and capacity issues. Centers for Disease Control and Prevention estimates based on genomic testing put the prevalence of Delta cases in the state at nearly 30 percent.

The Branson/Lake of the Ozarks area is some distance from where I’m living. It’s an area set up for tourism because it’s not much good for anything else. It’s some distance from cities and you can’t farm it, but you can book, um, entertainment. It’s like redneck Las Vegas, but with no gambling. And as I wrote last year, Branson closed briefly but, with the governor’s encouragement, reopened in May 2020 and stayed open.

At the New York Times, Giovanni Russonello writes that Republican governors all along have been more concerned about “enshrining the right to refuse a vaccine” than in public safety. In some cases, governors have just been plain ridiculous; for example, Gov. DeSantis of Florida won’t let the cruise industry require proof of vaccinations for passengers. The cruise industry, not unreasonably, believes that will make it harder to get passengers back on their boats. Ironically, in carrying out his opposition to government interference in business, DeSantis is interfering in business.

So we’ve got parts of the country — mostly Republican, mostly rural — lagging way behind in vaccination rates, and it’s expected there will be dense outbreaks of the Delta variant in those parts in the weeks and months to come. Thanks, wingnuts. We could be pretty much done with the bleeping pandemic were it not for you. 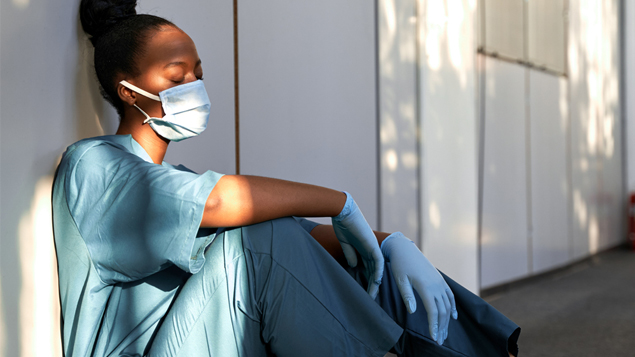 11 thoughts on “GOP Governors Beg Residents to Get Vaccinated”