Bodies are still being found in the rubble of the Champlain Towers condominiums. Those who escaped are having a rough time. Many ran out of the towers with nothing but the pajamas they were wearing. They’ve lost their homes and everything in them. Neighbors and charities are stepping up, but the newly homeless are left wondering if they still have to pay off mortgages (surely  not!). They are getting help replacing driver’s licenses and getting their utility bills stopped.

I confess I’d never given much thought to the issue of building upkeep for condominiums. There’s a monthly association fee, and out of that the common areas of the building are maintained, right? The concept of condominiums dates to the 1950s, but they didn’t really take off until the 1980s. I believe most coop apartments in the New York City area are converted apartment buildings, many built before World War II, but most (not all) condos are new construction. And now the first condo buildings are aging. The Champlain Towers complex was built in 1981, for example.

There are still stories coming out about flawed construction and missed warnings, but the most obvious problem was that the building required $15 million in repairs, and the complex’s owner-residents were balking at paying the assessment. Possibly some of them couldn’t afford the assessment. (That was my issue with the coop apartment I owned for a time. In ten years the management-maintenance fees went from $500 a month to over $1,200 a month, on top of a mortgage, which was not what I signed up for.) If the building were owned by a corporation that could draw on bigger resources for repairs, perhaps it still would be standing.

I’m thinking also about Brooklyn, NY. In the year I lived in the temple the Brooklyn skyline was all high-rise apartment buildings under construction, mostly luxury condos. One downtown condo tower is 720 feet tall, which is hard to miss. Another, 680 feet tall, has a swimming pool on the roof. That makes it the highest swimming pool in the western hemisphere. I have no idea what individual units cost, and the websites don’t tell you, but I’m guessing some number in seven figures.

And the issue here is twofold. One, there is a desperate need for decent affordable housing in New York City. I’ve known people in white-collar jobs who live in little rooms with a “kitchen” consisting of a microwave and a coffee pot, because rental of a real apartment would eat most of their paychecks. But the builders want to build luxury places, often for extremely wealthy people who have other homes, because there’s more profit in it. Yay, capitalism. (I have little hope that the new Democratic nominee for mayor is going to do anything about housing. But we’ll see.)

And I have to say that if somebody gave me several million dollars to afford an apartment in one of those buildings, and if they could guarantee that the building will never deteriorate or suffer power failures or the swimming pool on the roof won’t leak and there will be no fires, I’d take it. But reality is that if I’m several stories up and the elevators break down I’d be stuck. And global warming, rising seas, bigger and badder hurricanes, are going to challenge those buildings in the years to come. It wouldn’t surprise me if in 40 years the rich people will have cleared out, and any towers still standing will have been taken over by squatters.

And the other problem is whether this condo-coop housing model is really what we need for the long haul. If you live in a city there have to be apartments, although maybe the increase in remote jobs and telecommuting will relieve some of the pressure to pack large numbers of people into urban areas. Whatever the solution, it’s madness to assume the “free market” will provide it. We need government to step in, somehow.

See also Condo Buildings Are at Risk. So Is All Real Estate at The Atlantic.

Update: I just found this. This is from January 2020, pre-covid.

In Manhattan, the homeless shelters are full, and the luxury skyscrapers are vacant.

Such is the tale of two cities within America’s largest metro. Even as 80,000 people sleep in New York City’s shelters or on its streets, Manhattan residents have watched skinny condominium skyscrapers rise across the island. These colossal stalagmites initially transformed not only the city’s skyline but also the real-estate market for new homes. From 2011 to 2019, the average price of a newly listed condo in New York soared from $1.15 million to $3.77 million.

But the bust is upon us. Today, nearly half of the Manhattan luxury-condo units that have come onto the market in the past five years are still unsold, according to The New York Times.

There is no reason to imagine that’s not true of the new condo towers in Brooklyn, also. Most of them are only a twenty-minute or less subway ride to Wall Street. But most of these luxury condos that are all over the place were built with foreign investors and corporations in mind, not New Yorkers.

From any rational perspective, what New York needs isn’t glistening three-bedroom units, but more simple one- and two-bedroom apartments for New York’s many singles, roommates, and small families. Mayor Bill De Blasio made affordable housing a centerpiece of his administration. But progress here has been stalled by onerous zoning regulations, limited federal subsidies, construction delays, and blocked pro-tenant bills.

The cost of housing has made New York City nearly unlivable for all but the very wealthy and long-time residents who bought their homes years ago or live in rent controlled apartments. The article says that at the time the city was losing 300 residents a day. 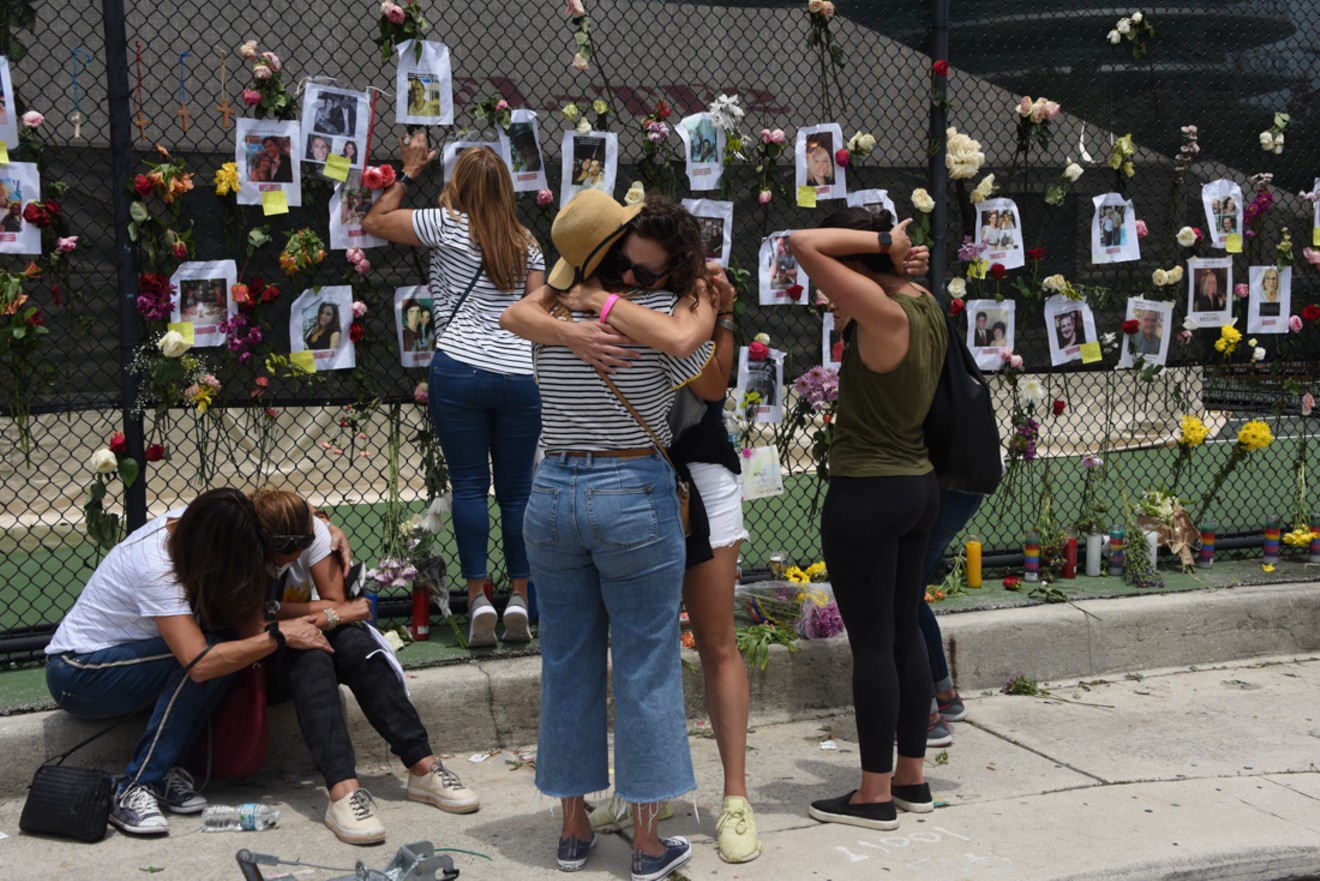 At the site of the collapsed Champlain Towers

5 thoughts on “The Future of Condominiums”