The conclusions of the United Nations’ Intergovernmental Panel on Climate Change ought to be banner headlines everywhere, but we should be grateful it’s made it onto front pages at all. The basic things to know:

Each of the past four decades has been successively warmer than any that preceded it, dating to 1850. Humans have warmed the climate at a rate unparalleled since before the fall of the Roman Empire. To find a time when the level of carbon dioxide in the atmosphere changed this much this fast, you’d need to rewind 66 million years to the meteor that killed the dinosaurs.

Carbon dioxide in the atmosphere has risen to levels not seen in 2 million years, the authors state. The oceans are turning acidic. Sea levels continue to rise. Arctic ice is disintegrating. Weather-related disasters are growing more extreme and affecting every region of the world.

If the planet warms much more than 2 degrees Celsius above preindustrial levels — a scenario all but certain at the current pace of emissions — such change could trigger the inexorable collapse of the Greenland ice sheet and more than six feet of sea-level rise that could swamp coastal communities. Coral reefs would virtually disappear.

Heat waves that are already deadly will become as much as 5 degrees Fahrenheit hotter. Parts of the Earth that currently slow the pace of warming — such as the ocean absorbing excess heat and clouds reflecting sunlight back into space — will become less able to help us.

So it’s that bad. Oh, and if you’ve always wanted to see a live coral reef, don’t wait too long.

Among other things, the fossil fuel industry has got to go. Now. We no longer have time for some extended period of incremental tweaks that would wean us all off fossil fuels gradually and give the oil and gas corporations a soft landing. There may have been a time for that, but it’s past.

And, of course, the action that needs to be taken will require strong political will and hard choices that will piss off a lot of powerful constituencies. So we’re doomed.

In a summer of rolling climate disasters that have made that fact viscerally obvious, politicians around the world have already started offering platitudes about the need for “action” and “ambition.” Yet they mostly haven’t called for the rapid shift off fossil fuels that the report indicates is necessary.

It’s not that politicians in powerful countries have done nothing in the past two decades. The problem, rather, is that where they’ve done anything at all, it has tended to be the wrong thing, emphasizing subtle market tweaks and shiny new technologies instead of the core work of decarbonization: getting off fossil fuels as quickly as possible. There is not some reserve of sensible climate leadership ready to be unleashed if Republicans weren’t standing in the way. Happy talk about net-zero pledges and climate leadership in the last few years obscure decades of bipartisan speeding down the wrong track, toward an imagined future where polluters and the planet can both make out well in coming decades.

But there are Republicans in the way. And a big part of current Republican triballism is that nothing must be done to address climate change. They’ve spent years mocking the word “green” and tying climate change to socialism and gay marriage and abortion and hating on Jesus. They are determined to deny until they fry.

It’s a grim coincidence that the IPCC report was released on the same day that the Senate is poised to approve a compromise infrastructure package that scaled back President Biden’s proposals for addressing global warming. The package under consideration has significant components that will increase a transition away from current levels of fossil-fuel consumption, including improving the electrical grid and improving infrastructure for electric vehicles. But climate  activists and legislators focused on the issue lament where it comes up short.

And yet — amazingly and predictably — one of the key arguments being made against the bill by far-right opponents is that it addresses climate change at all.

And there we are. Anything Democrats want to pass isn’t enough, but we can’t even get “not enough” past Republicans.

Bump reminds us how the Right turned the Green New Deal into a straw man joke about flatulent cows and banning hamburgers. They did this because they hate its progressive-left sponsors.

When Biden first announced his infrastructure proposal, it did mirror the Green New Deal in one way: It included large-scale efforts to both address and prepare for climate change and its impacts on the country. Key pieces of Biden’s plan and the Green New Deal were both about rebuilding literally and metaphorically because of how the world is changing. As his proposal went through a process of bipartisan negotiation, big parts of that effort were excised, shunted to a unipartisan reconciliation bill that’s being moved in parallel to the bipartisan effort.

But for Republicans, the impulse to turn the reconciliation bill into another joke is too strong. And let me say that Hell is too good for any Democrat who fails to vote for it.

If this were a disaster movie, we’d be at the point that scientists announce the giant meteor is only two weeks’ away from striking earth, and everyone is out in the streets screaming. But this is real life, and instead of a giant meteor we’re facing climate chantge. Most people don’t believe the scientists and, anyway, we’re fighting over mask mandates in schools. Don’t bother us about an existential threat to our species. 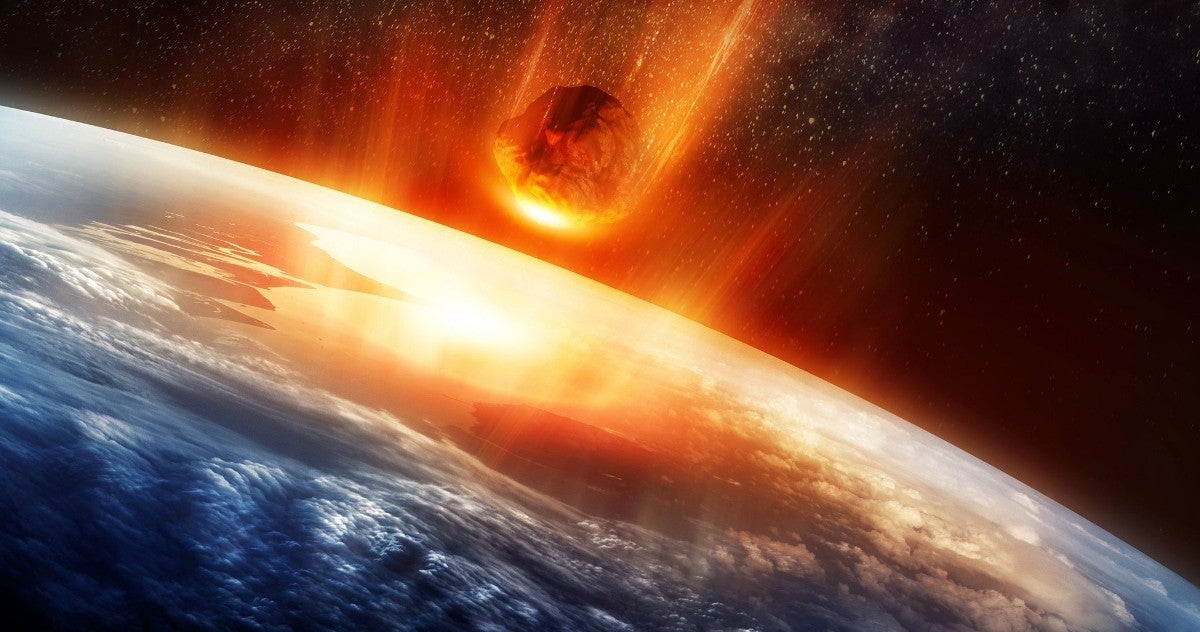 7 thoughts on “Deny ‘Til You Fry: The Republican Plan for Climate Change”