General Mark Milley is getting a lot of criticism for taking steps to ensure that Trump couldn’t unilaterally start a crisis — say, a nuclear war with China — in the closing days of Trump’s administration. Of course, those of us who are not right-wing wackjobs are grateful to him. However, there is an argument to be made that you don’t want the head of the military making decisions like that under most circumstances.

It seems to me that the real deriliction of duty is that Trump wasn’t removed from office long before January 2021, either by the Senate or through the 25th Amendment process. I’m sure it was obvious even to Lindsey Graham that Trump was mentally unfit to be POTUS. He is both intellectually and psychologically unsound, and he obviously did misuse his office in many ways even beyond what he did to get impeached.

The 25th Amendment process is supposed to work this way:

This assumes that the vice president and the principal officers — cabinet members, I take it — have the moral courage and integrity to do the right thing. Unfortunately, this was the Trump White House we’re talking about. Instead of doing the right thing, they conspired to keep Trump propped up in office. Likewise Senate Republicans would not have removed Trump from office even if he’d been discovered in bed with Vladimir Putin.

And because so many other people wouldn’t do the right thing, wouldn’t do their duty to the United States, it was left to Mark Milley to be sure Trump couldn’t pull some useless stunt that might get countless people killed.

Obviously the 25th Amendment was useless to check Trump. If the Vice President and principal officers of an administration are such a pack of weenies they won’t remove someone as unfit and dangerous as Trump, Congress should perhaps establish some “other body as Congress may by law provide” with the authority to begin the removal process in the future. Congress might also establish criteria for removal, such as neurological and psychological exams by independent physicians, not the one employed by the White House or chosen by the President.

Removing a president should not become routine, but neither should it be left to the Chair of the Joint Chiefs to unilaterally decide that the president can’t be trusted with the nuclear codes. It isn’t General Milley’s fault he was put in that position. 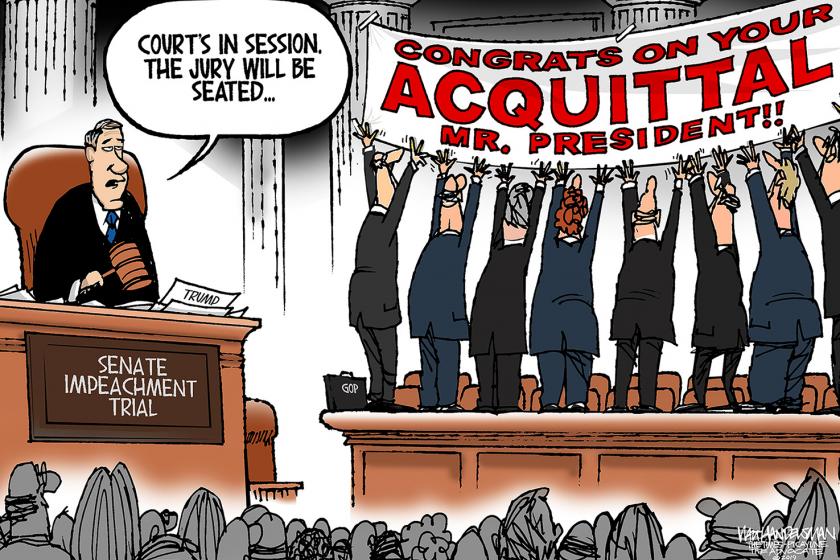 9 thoughts on “Gen. Milley Was Forced to Act Because Others Didn’t”