Gov. Newsom’s blowout victory in California is what we should have expected, given the state’s voting history. Larry Elder actually did concede, and he also dropped big hints he wasn’t done with politics. Yes, you are, Larry. I suspect even Republicans agree with me on that.

Philip Bump writes at WaPo that the only hopeful sign for Republicans in yesterday’s election is that other states are not California. On the other hand, Jonathan Martin writes at the NY Times that California isn’t all that different, either.

Mr. Newsom found success not because of what makes California different but because of how it’s like everywhere else: He dominated in California’s heavily populated Democratic cities, the key to victory in a state where his party outnumbers Republicans by five million voters. …

… The recall does offer at least one lesson to Democrats in Washington ahead of next year’s midterm elections: The party’s pre-existing blue- and purple-state strategy of portraying Republicans as Trump-loving extremists can still prove effective with the former president out of office, at least when the strategy is executed with unrelenting discipline, an avalanche of money and an opponent who plays to type.

Even in red states, like Missouri, a big turnout in cities can cancel out the right-wing rural votes, as happened when the state passed a referendum to expand Medicaid. I understand the rural areas only hold about a third of Missouri’s population. The key for a Democrat to win here, I wrote then, was not to do what Claire McCaskill did and run as a centrist to get conservative votes. I believe the key for Democratic candidates is to just forget the rural vote and march into the more populated urban(ish) areas — St. Louis, Kansas City, Springfield, and Columbia — and let their anti-Trumpism flag fly.

Of course, Donald Trump still won the state by 15 points in 2020, so there are no guarantees.

This brings me to the Senate Primary from Hell. Right now the Republican front-runner is Attorney General Eric Schmitt. Former governor Eric Greitens is not far behind. Mark McCloskey is going nowhere, I understand. A U.S. Representative from the state’s 4th district, Vicky Hartzler, appears to be third. She represents mostly rural counties in the western side of the state.

The declared Democratic candidates do not include anyone I’d ever heard of before. One fellow named Lucas Kunce has been making at least a small splash, and I like what I’ve seen of him so far. And the filing deadline isn’t until March 2022.

Regarding Eric Schmitt, do see Kathy Gilsinan at The Atlantic, Missouri Is the Next Front in the Covid Culture War.

Schmitt has placed himself at the center of the COVID wars in a state where vaccinations fall stubbornly below the national average and where, earlier in the summer, the Delta variant ignited its first major outbreak in the United States. In Missouri as elsewhere, the mask-mandate fight is overshadowing the promotion of vaccines—which, as Schmitt himself has noted in lawsuits, remain the best way to combat the pandemic. He rarely advertises this. And although some of his Republican primary rivals encourage vaccination while emphasizing personal choice, Schmitt has appeared hostile even to admitting being vaccinated himself. (He is.) His story, along with the ways in which his ambition has drawn him into partisan combat in a public-health culture war, is a vivid demonstration of how national politics has poisoned local debates, pitting people against one another instead of against COVID-19, even as state and local governments remain the front line of pandemic response.

St. Louis city is solidly Democratic. St. Louis County isn’t, and there are a lot of unmasked people who show up at school board meetings to scream about their freedoms. The current county council has four Democrats and three Republicans, and the county chief executive is a Democrat, so it’s probably safe to call St. Louis County purple. Mask wars have been pretty much ongoing for over a year.

Anyway, as Attorney General, Schmitt has made a name for himself by suing people.

Thus: lawsuits—a blitz against local mask mandates beginning in late July, hitting St. Louis, Kansas City, and their surrounding counties, and then this latest one aimed at school districts. They’ve gotten Schmitt national media attention, including Fox News airtime, scolding from the White House podium, and many opportunities to get his name in front of Republican primary voters in a Senate race where, so far, he’s about neck and neck at the head of the pack. (His chief rival is former Governor Eric Greitens, who resigned in a sex, blackmail, and dark-money scandal in 2018 but has the virtue of name recognition.)

What they haven’t gotten him—yet—is the reversal of any mandates. St. Louis County’s fell apart on its own, in an intra-Democrat power struggle on the county council, which then backed a symbolic resolution to encourage but not enforce mask wearing. The other mandates remain in place as Schmitt’s lawsuits work their way through the system. Michael Wolff, the former chief justice of Missouri, doesn’t see a high chance of success: “Lawsuits,” he emailed me, “are not effective unless the legislature has passed a bill, signed by the governor, which is law. The courts normally will not enforce some general idea of ‘freedom’—courts need law from the legislature. Courts will not make it up.” …

… Schmitt, from his perch at the AG’s office, is doing his darndest to neutralize Greitens’s name-recognition advantage as lawsuit after lawsuit gets headline after headline. He might just pull it off: A poll from earlier this month has him leading the entire field, beating Greitens by one point. Meanwhile, other polling—not specific to Missouri—suggests that he’s exactly where his target voters are: Republicans overwhelmingly oppose mask mandates and overwhelmingly view the issue as one of personal freedom.

We’ve already got one wingnut disgrace of a senator, Josh Hawley, with whom we are stuck until 2024. See Josh Hawley, Clownish Menace, by Daniel Larison.

Hawley is a hypocrite and an opportunist, and now he has shown himself to be the lowest kind of demagogue. When the president announced his decision to withdraw from Afghanistan, the senator endorsed the withdrawal decision but faulted Biden for taking too long to implement it. According to Hawley this spring, Biden erred because he wasn’t withdrawing quickly enough. The moment that he saw that there was a partisan angle in attacking Biden because of problems with the evacuation, he took the exact opposite position, denounced Biden, and demanded his resignation.

Now Hawley is threatening to block all of President Biden’s nominations for the Pentagon and the State Department, because grandstanding is so much more important than national security.

Sorry about that, but I didn’t vote for him. 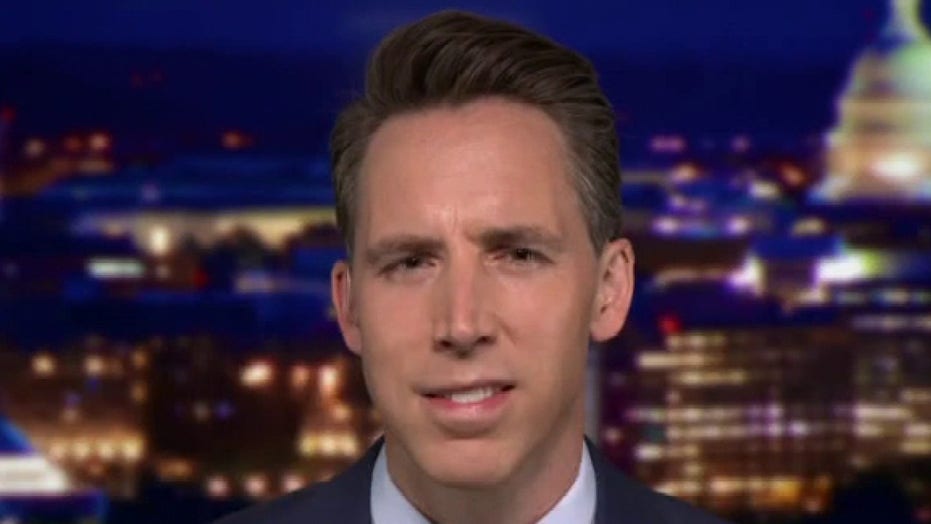 Josh Hawley, attempting to pass as a human being.

8 thoughts on “Sorry About the Awful Politicians, Folks”