Wow, France is so pissed off at us that its ambassador to the U.S. has been recalled. Quelle surprise!

The issue has to do with the sale of submarines to Austrialia, which is feeling a need to beef up its defenses against China. David Sanger at the New York Times explains:

According to interviews with American and British officials, the Australians approached the new administration soon after President Biden’s inauguration and said they had concluded that they had to get out of a $60 billion agreement with France to supply them with a dozen attack submarines.

The conventionally powered French subs, the Australians feared, would be obsolete by the time they were delivered. They expressed interest in seeking a fleet of quieter nuclear-powered submarines based on American and British designs that could patrol areas of the South China Sea with less risk of detection.

But it was unclear how they would terminate the agreement with France, which was already over budget and running behind schedule.

“They told us they would take care of dealing with the French,” one senior U.S. official said.

Neither Australia nor the U.S. provided any hints to France about the deal until a few hours before it was made public, and the secrecy appears to have particularly infuriated French President Emmanuel Macron.

Even more interesting — according to the Canberra Times, this deal was being planned in Australia for about eighteen months before it was announced this week.

Australia has nuclear experts, but not a civil nuclear industry and not enough military nuclear knowledge to undertake that work from scratch. Not safely. The global history of nuclear development is littered with the kind of risks that the political masters of Australia’s boutique military is infamous for avoiding. Submarine nuclear reactors would needed to be acquired, but the United States had refused to share the technology before.

Dealing with the French was inflicting its own wounds on the government. It has offered an amicable separation from Naval Group. The Prime Minister will say nice things about what was submitted in the final review, no matter the private views of the parties, and has offered to pay “all reasonable costs” associated with them packing up and moving out as well as the contracted exit fees.

There was a bigger problem. A problem to Trump them all.

Linda Reynolds, then the defence minister, and Morrison were the only two Australian ministers with knowledge of the early secret work through 2020. Later Foreign Affairs Minister Marise Payne was read in as informal negotiations developed, but Australia couldn’t turn a ‘no’ to a ‘yes’ as the go-ahead to approach then US president Donald Trump never came.

But once Joe Biden was POTUS, Australia felt more comfortable proposing the deal.

The new deal is part of a new trilateral partnership among the United States, Australia and the United Kingdom, called “AUKUS,” which includes extensive cooperation on cybersecurity, artificial intelligence, and quantum computing among the three countries. A guy writing at Foreign Policy says this is all about China:

I took a quick survey of some right-wing sites and get the impression that, while they did make an effort to frame the deal as a big Biden fail, their hearts aren’t really in it. If Trump had made this deal, they would have called it the most brilliant in history. I also get the impression that foreign policy experts think this is a good move.

We will have to patch things up with France, though. Josh Marshall writes that neither Australia nor the U.S. anticipated that France would react so badly.

There are obvious and understandable reasons for the French to be upset about it. A big part of that is that it’s a weapons deal worth tens of billions of dollars. But that alone doesn’t explain the intensity of the response which seems in part to lay bare France’s dated pretensions to be a global military power …

… But reading the latest reporting the US and Australia seemed to believe that if they didn’t act in secret the French and China would find out and work to sabotage the deal. So the US made the decision – quite simply – to act behind France’s back. Where we erred, if we did, is not realizing just how angry the French would get.

We’ll have to do some big, splashy thing to make it up to France, I guess. See also Rana Mitter at The Guardian, The Aukus pact is a sign of a new global order.

The rightie rally in Washington DC today appears to have fizzled.

Another debt ceiling crisis is looming. It’s all about Mitch McConnell wanting to destroy America and blame Joe Biden.

Yesterday Trump sent a letter to Georgia Secretary of State Brad Raffensperger asking him to start “decertifying” the 2020 election. I say again, he did that yesterday.

Worth reading — For one Capitol reporter, Jan. 6 was the final straw — but he had watched a crisis brew for years. 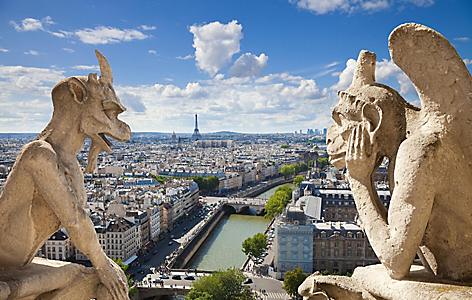 23 thoughts on “We Pissed Off France, but for a Good Reason”