I am seriously glad I’m not Joe Biden, or even in Congress. The destruction tag team of Manchine and Sinema are effectively slamming the brakes on everything the Democrats want to accomplish. And the Republicans are determined to force the government into default at the end of this month by stopping a debt ceiling increase. If it were left to me to deal with this I’d probably resort to head smacking.

Today the Democrats announced they would propose a bill that would fund the government through the end of this year and suspend the debt ceiling until the end of 2022. Mitch McConnell immediately announced Republicans would oppose it.

Raising the debt ceiling, of course, is about giving Treasury the ability to pay bills already incurred. “The debt limit is the total amount of money that the United States government is authorized to borrow to meet its existing legal obligations, including Social Security and Medicare benefits, military salaries, interest on the national debt, tax refunds, and other payments,” it says here. Much of the public has been led to believe that raising the debt ceiling allows the government to increase the debt, which is not true. The debt is whatever it is; if the debt ceiling isn’t raised, the government will run short of money and default on loan payments. This would be bad.

As they presented their plan, Democrats on Monday once again sounded dire warnings about consequences of failure, which they said could destabilize global markets, shutter critical federal services during a pandemic and hold back assistance to millions of Americans in the aftermath of storms that battered the Gulf Coast and parts of the Eastern Seaboard. They urged Republicans to join them in adopting the measure, arguing that the debt ceiling helps cover prior spending, including the roughly $900 billion coronavirus relief package approved by both parties last year.

And, of course, if those bad things happen Republicans would be all over Fox News and other rightie outlets blaming Joe Biden. Americans would suffer, but otherwise it’s a win/win for Mitch.

I’m not sure, but I believe the debt ceiling/government funding bill is not subject to the filibuster rule, which in theory means the Democrats could pass it by themselves. We’ll see.

But the Democratic caucus is falling apart, mostly because of the aforementioned Manchin and Sinema and a few other deadheads, mostly in the House. See, for example, Kyrsten Sinema Threatens to Kill Her Own Infrastructure Bill; Democrats in Congress are melting down by Jonathan Chait.

If you recall, the genesis of this drama began over the summer, when a handful of centrist House Democrats decided to blow up the legislative strategy their party had in place for weeks by refusing to support a budget unless the House passed an infrastructure bill first. That gang, led by Josh Gottheimer, ultimately settled for a promise by House Speaker Nancy Pelosi to bring up the infrastructure bill by September 27.

However, the hollowness of that victory became evident to the centrists this weekend, when House Progressives threatened to oppose the bipartisan bill when it comes for a vote. The Gottheimer Gang had simply assumed that bringing the bill to a vote, with Pelosi’s promise to try really, really hard to pass it even though its passage was not in her interest, would ensure passage. It doesn’t. They have simply set up a scenario where the bipartisan infrastructure bill fails, and the Democratic Party looks incompetent.

That’s where the new threat comes in. Via Playbook, Sinema and the renegade House Democrats now warn that, if the infrastructure bill does not pass next week, they will oppose any budget reconciliation bill, presumably forever.

Sinema also recently announced she will not permit the Senate to pass a plan to lower prescirption drug prices. We wonder why this would be so.

RELATED: “Sinema ranks as one of Congress’ leading recipients of pharmaceutical industry donations”

Make them wear their donors logos on their backs like NASCAR drivers. https://t.co/Y5YIyVfCOq pic.twitter.com/W3PQsqGsUz

But in this case, Sinema is putting her foot down on one of the most popular elements of the reconciliation bill: the provision allowing Medicare to negotiate prices for prescription drugs, which would save the government hundreds of billions of dollars. She has reportedly told the White House that she will not stand for it to be included in the bill and even opposes a far more modest proposal to allow for negotiation over a small number of medications.

There is absolutely no political advantage in taking this position. Allowing Medicare to negotiate drug prices is absurdly popular, with some polls showing over 8 in 10 Americans supporting it. Given Arizona’s large population of senior citizens — who know more about high prescription drug prices than anyone — supporting price negotiation would be a clear political winner for Sinema.

It’s important to understand how central the Medicare provision is to the entire bill. Because Democrats are determined to pay for every last penny of new spending in this legislation, and because negotiating drug prices would save the government hundreds of billions of dollars, eliminating the provision would mean cutting all kinds of other priorities from the bill.

Maybe she’s being paid under the table to keep drug prices high? Maybe she doesn’t plan to run for a second term? The latter is Josh Marshall’s theory.

Like many people I spent a lot of time trying to figure out Kyrsten Sinema’s motivations this year. I’ve discussed my conclusions in other posts. But what I’ve focused on more recently is that as near as I can see, unless she shifts her stance pretty dramatically the odds of Sinema being elected to a second Senate term in 2024 are pretty poor. And that’s made me consider another question: does she just misread the politics of her situation that badly or is she not planning on running? …

… Let’s say things more or less come together on infrastructure but voting rights and a bunch of other stuff goes down in flames. She and Joe Manchin will be the main reasons for that. How well will Sinema be able to sell that record in a Democratic primary? I wouldn’t want to be in charge of running that campaign. What’s her argument exactly? This is wildly more so if her antics crater this infrastructure package.

So, clueless or corrupt? Or both? 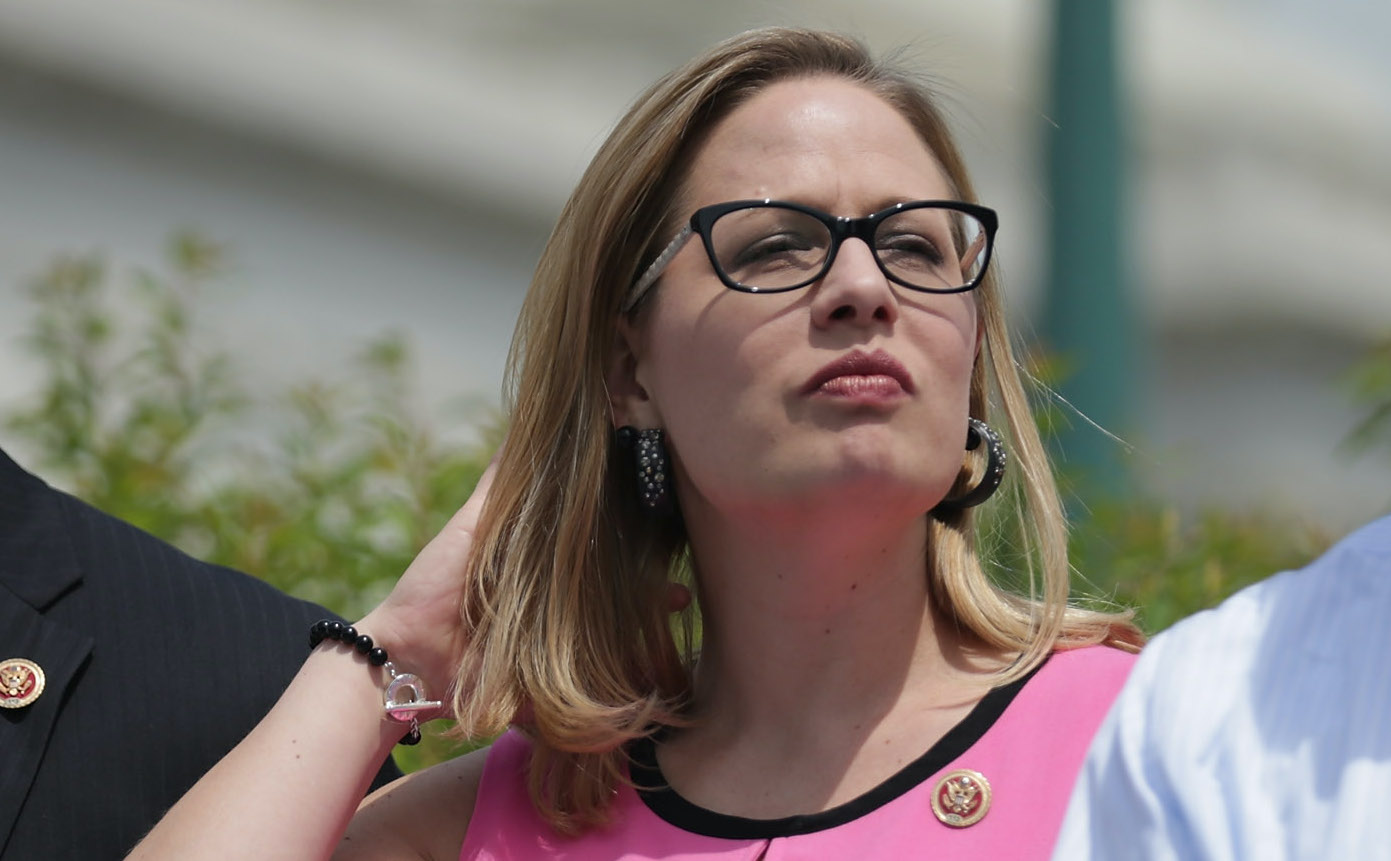 6 thoughts on “Some People Just Like to Watch Things Burn”