You know times are changing when even Jonathan Chait is snarking at the “centrists” to suck it up and negotiate with the progressives.

Congress’s failure to hold a vote over the bipartisan infrastructure bill last week set off a wave of media hyperventilation and whining by Democratic centrists. “This far left faction is willing to put the President’s entire agenda, including this historic bipartisan infrastructure package, at risk. They’ve put civility and bipartisan governing at risk,” raged Representative Josh Gottheimer. “Canceling the infrastructure vote,” complained Senator Kyrsten Sinema, “betrays the trust the American people have put in their elected leaders.”

The delay does nothing of the sort. It saves Democrats — all of them, moderates included — from an embarrassing debacle. And it forces the whole party to hold a negotiation that one side, the centrists, was trying to prevent.

The outpouring of emotions stems from the unusual circumstances of this negotiation. In most cases, a party’s centrists hold all the leverage, because walking away from the table with no bill is more acceptable to them than it is to more ideologically pure members. On this issue, however, the left has real leverage. Centrists care inordinately about the success of the bipartisan infrastructure deal, mainly because of its political symbolism: since their political brands are built around working with Republicans, they desperately need the infrastructure bill to be signed into law and be seen as a big deal. Progressives are fine with the bipartisan infrastructure deal, but its failure would hurt them much less than it would hurt the centrists.

Paul Waldman disagrees with Chait on this point and thinks most of the “centrists” would be okay with the failure of both bills. He wrote last week,

The centrists, on the other hand, might want to see the bills pass, but for them, failure is an option. They’re much less likely to have run for Congress because they were passionate about policy issues and social problems (not that ideologues don’t have ambition; every politician does). But if the end result is that the whole thing goes down in flames, they’ll be able to live with that.

I’m inclined to agree with Paul Waldman on this. Remember, once upon a time there was just one bill that included infrastructure and all the other stuff. Manchin and Sinema made noises about how they could craft a bill that would get some Republican votes and didn’t need to be done through reconciliation. The bill they came up with was mostly about roads-and-bridges infrastructure spending, plus some goodies for the fossil fuel industry. Progressive Democrats then went to work on a reconciliation bill that retained the stuff the “centrists” had cut. So now there are two bills, known for short as the BIP (for bipartisan) and the BBB (for Build Back Better).

Chait seems to take the speeches about the glories of bipartisanship and reaching across the aisle at face value. I do not. I think the whole point of splitting out the smaller and less objectionable (to conservatives) bill was to kill the big bill, which includes a lot of tax cuts and stuff that the U.S. Chamber of Commerce and No Labels and a lot of industry groups and other deep-pocket donors want to drown in a bathtub. My suspicions are that the “centrists” would be happy if BIP passes, but they won’t lose any sleep if it doesn’t. They can always blame the progressives, after all.

There’s a whole lot of money and power pushing to kill the Build Back Better bill, and Democratic “centrists” work for that money, not for the people or the Democratic Party or President Biden’s agenda. That’s something not a lot of the media bobbleheads like Jonathan Chait are willing to say out loud, but there it is.

It’s also the case that there are still plenty of media bobbleheads who are reflexively siding with the “centrists.” David Atkins:

The framing of most mainstream news stories after the delay of the infrastructure vote in Congress has been remarkable. Supposedly “straight” news stories assume a reflexive editorial position that the Democrats on the more conservative edges of the caucus are wiser and more pragmatic on both policy and political grounds—and that the more progressive positions are intransigent, pie-in-the-sky, and electorally irresponsible.

The New York Times declares that “progressives flexed, but remain empty-handed” and “moderates feel betrayed.” The Politico Playbook lede begins with astonishment that President Joe Biden did not help the few centrist holdouts who were sabotaging his campaign promises. “‘The fact that the president came to the Hill and whipped against his own bill is the strangest thing I’ve ever seen,’” a source told the news site. “The late-night observation was just one of many we heard from frustrated lawmakers and senior aides stunned by what happened in the House on Friday.” Dan Balz at TheWashington Post similarly portrays the impasse as a “revolt” by liberals taking advantage of a “gaffe” by Biden in suggesting that the bipartisan infrastructure and Build Back Better bills would move in tandem—as if the entire strategic purpose for the centrists delinking the two bills were not to hamstring or even scuttle the bulk of the Biden agenda entirely.

Perhaps most stunningly, another piece at the Times makes the remarkable editorial statement that “liberal lawmakers, who by and large come from safe Democratic districts, have the political luxury of holding firm, but they will now face the ire of Democrats in swing districts who gave their party its slender majorities in the House and Senate.” The bias betrayed here by coauthors Jonathan Weisman and Emily Cochrane is a disservice to readers and to the truth.

Whether political reporters are writing this way out of habit or to please their publishers or both, I cannot say. But it’s making me crazy. And it’s worth reading the David Atkins post all the way through.

See also Paul Krugman, who is done with the conformist thinking in media and politics.

A decade ago elite opinion was obsessed with the supposed need for immediate action on budget deficits. This consensus among what I used to call Very Serious People was so strong that as Ezra Klein, now a Times Opinion writer, wrote, deficits somehow became an issue to which “the rules of reportorial neutrality don’t apply.”

The news media more or less openly rooted not just for deficit reduction in general, but in particular for “entitlement reform,” a.k.a. cuts in future Medicare and Social Security benefits. Such cuts, everyone who mattered seemed to argue, were essential to secure the nation’s future.

They weren’t. But here’s my question: If elite opinion cares so much about the future, why isn’t there any comparable consensus now about the need for climate action and spending on children? These are two of the main components of President Biden’s Build Back Better agenda, and the case for both is much stronger than the case for entitlement cuts ever was.

This weekend there was a massive oil spill off the coast of Orange County, California. It used to be that a big ocean oil spill would dominate the news for days on end; now, not so much. It’s kind of like mass shootings. After a while they seem almost normal. But how can you look at that and not say, enough. A big part of BBB is dedicated to ending the dominance of fossil fuels.

And I see that Rolling Stone is running an article headlined The Koch Empire Goes All Out to Sink Joe Biden’s Agenda — and His Presidency, Too: The dark-money network is spending tens of millions to undermine Democrats’ effort to protect the climate and shore up the social safety net. However, I can’t get through the subscription firewall to tell you what it says.

Back to Paul Krugman:

But elite opinion — and much reporting — somehow fails to highlight the extreme irresponsibility of opposing clean energy plans and the immense waste of human potential that comes from failing to address child poverty. Instead it’s all “$3.5 trillion! $3.5 trillion!” — often without pointing out that this is proposed spending over a decade, not a single year, and that it would amount to only 1.2 percent of G.D.P.

OK, I don’t fully understand this double standard — why Very Serious People became obsessed with the supposedly urgent need to limit government debt yet are blasé about if not hostile to proposals to tackle the issues that really matter for our future.

What’s hard to understand? First, there is just too much damn money bribing people to not notice child poverty or the climate crisis. And second, America (and the world, frankly) is being run by a decadent aristocracy. We are no longer the new nation of scrappy settlers but an old nation with too many people at the top who are spoiled and insulated from real-world problems that don’t involve tax shelters and asset management. See Our Decadent Aristocracy from 2019 and The Virus vs. Our Ruling Fatuous Asses from 2020. 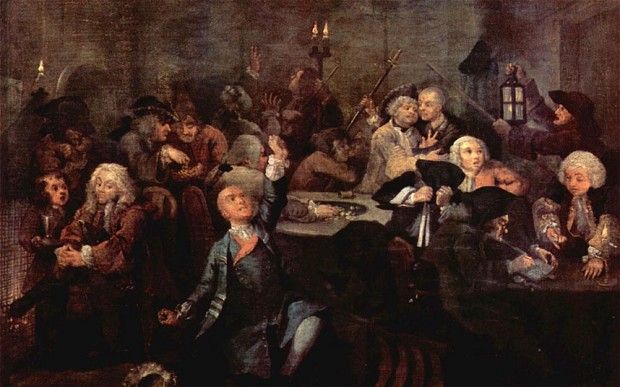 3 thoughts on “Occasionally, Someone Tells the Truth”