Hawley’s premise is that by supporting free trade and transgender rights while condemning sexism and racism, Democrats have put white men out of work (corporate offshoring, outsourcing, etc.) while simultaneously telling them via cultural messaging that there’s nothing good about their identity. As Hawley put it then: “Can we be surprised that after years of being told they are the problem, that their manhood is the problem, more and more men are withdrawing into the enclave of idleness and pornography and video games?”

Putting aside that “free trade” is hardly a central cause of progressive Democrats — there’s the rhetoric, and then there’s the reality.

Is Hawley himself really concerned about this? Well, he recently voted against the just-passed (and actually bipartisan) infrastructure bill, whose purposes include the creation of manual labor jobs in the U.S. On the other hand, he supported Donald Trump’s 2017 tax cuts for multinational corporations who create value for themselves by laying men (and other people) off, and he’s taken almost $300,000 in campaign donations over the course of his career from the Club for Growth, which is arguably the country’s most powerful advocate for free-trade, free-market policies that protect the interests of executives and shareholders vis-à-vis the workers who they supposedly leave behind with nothing to do but [redacted] themselves like [redacted] [redacted] Jeffrey Toobin. Hawley also doesn’t support unions or living-wage laws.

Pretty much the entire Republican Party, in microcosm. Now, why can’t Democrats get behind some consistent messaging that exposes this?

As the week began, Democrats were celebrating final passage of a long-overdue infrastructure bill, which will address a range of pressing needs from lead water pipes to crumbling bridges to broadband deserts, while it will likely create hundreds of thousands of jobs. Meanwhile, Republicans were livid that a few of their representatives voted for the bill, and took their anger out on Big Bird.

Yes, Big Bird is a communist, according to loyal Republicans.

Meanwhile, Democrats are asking themselves whether their infrastructure bill can actually be turned into a political winner.

There are at least a few Republicans who worry that it might. Senate Minority Leader Mitch McConnell (who voted for the bill) is touting the good it might do for his home state of Kentucky; he clearly doesn’t want Democrats to get all the credit. But the more visible its effects are — and the more Republicans characterize it as a socialist boondoggle (or attack their own leadership because a few of their members in the House helped pass it) — the more Democrats will have an opportunity to use it as a case study in what Democratic governance actually does for people’s lives. Already, the White House is dispatching Cabinet secretaries and members of Congress across the country to promote the coming repairs and upgrades to roads, bridges and much more.

Speaking of adult males who need some correction — Rep. Paul Gosar, Arizona, tweeted an anime-style video that showed him killing Rep. Alexandria Ocasio-Cortez and attacking President Biden with swords. Gosar’s own sister was on MSNBC last night calling for somebody to do something about her horrible brother.

The sister suspects Gosar is suffering from some kind of neurodegenerative disease and is deteriorating. I think she’s probably right. Now House Democrats are reminding Kevin McCarthy that similar behavior would get one fired from any workplace in the country. Will anything be done? I’m not holding my breath. 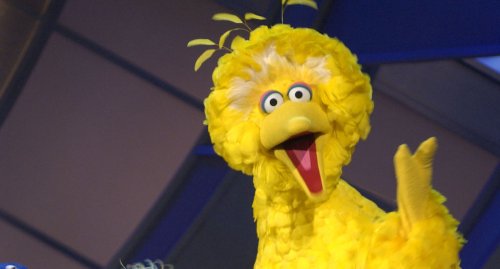