The Rittenhouse case has gone to the jury. Basically, it’s up to the jury to decide who gets to be the victim(s) — Kyle Rittenhouse, or the people he killed and maimed.

The closing arguments of defense attorney Mark Richards were just plain creepy. For example, he said of the first man killed by Rittenhouse, “Kyle shot Joseph Rosenbaum to stop a threat to this person. And I`m glad he shot him, because if Joseph Rosenbaum had got that gun, I don`t for a minute believe he wouldn`t have used it against somebody else. He was irrational and crazy. Every person who was shot was attacking Kyle.”

“This is the provocation. This is what starts this incident,” the prosecutor declared.

Defense attorney Richards denied that pointing a gun at people was provocative.

The two other men who were shot by Rittenhouse were “attacking” Kyle because they knew he had killed a man and considered the teenager to be an active shooter and dangerous to others, the prosecutor said.  Which he pretty much was. But Mark Richards said that Rittenhouse couldn’t have been an “active shooter” because he killed only two people.

Further, the defense lawyer said of the shooting of Rosenbaum, “Ladies and gentlemen, other people in this community have shot somebody seven times — and it’s been found to be OK. My client did it four times.” The “seven times” was a reference to Jacob Blake, who was shot seven times in the back by a Kenosha police officer. That act of violence was what people in Kenosha were protesting. As Charles Pierce said, “This was a Holy God moment to end all Holy God moments.”

Yet there’s more. Another famous pair of self-proclaimed victims, Mark and Patricia McCloskey, turned up at the Rittenhouse trial. They told reporters at the Kenosha County Courthouse on Monday that Rittenhouse is a victim of “cancel culture.” Seriously, that term was always stupid, but what the bleep?

Victims abound. Yesterday Alex Jones was held liable by default in a suit brought against him by families of children massacred at Sandy Hook. Naturally, Jones sees himself as a victim now. I am not going to link to it, but he’s over at InfoWars screaming about tyranny and how he’s been deprived of his right to free speech.

You might remember that Jones called the December 2012 massacre of 20 small children and 6 adults a hoax. This set his thuggish followers on a mission to harass the grieving families of the victims. One father of a slaughtered six-year-old who was singled out by Jones is still in hiding. Families eventually sued Jones to get him to back off.

Two years ago, a judge ordered Jones to turn over financial, business, and marketing documents related to InfoWars’ operations. As I  understand it, one reason for this was to determine how much money Jones was making from his “Sandy Hook was a hoax” crusade. Jones failed to provide these documents, and after two years of waiting the judge declared that Jones is “liable by default.” The families will be allowed to tell a jury how much harm Alex Jones has done to them, and I assume the jury will then decide how much Jones owes them for their suffering.

I hope he’s cleaned out. I am sure Jones’s fans will believe Jones is the victim. Note that among the things Jones is claiming now is that he was denied a right to trial by jury.

Steve Bannon turned himself in yesterday after being indicted for contempt of Congress. Bannon was so thrilled to be victimized that he live-streamed his own surrender. He may be blasting right past victim and claiming martyrdom, in fact.

There’s no end to the victims, according to wingnuts. Critical Race Theory is bad because it victimizes white people, for example. The Kingpin of all victims is, of course, Donald Trump, still whining like a spoiled toddler because he lost the 2020 election. Not fair! They should have let him have another term! He wanted it a lot!

I’m so tired of these people.

Which reminds me; the Rittenhouse trial judge would not allow Rittenhouse’s victims to be referred to as, you know, victims. Lest we forget, here they are. Rosenbaum and Huber died that night; Grosskreutz was permanently disabled in one arm. 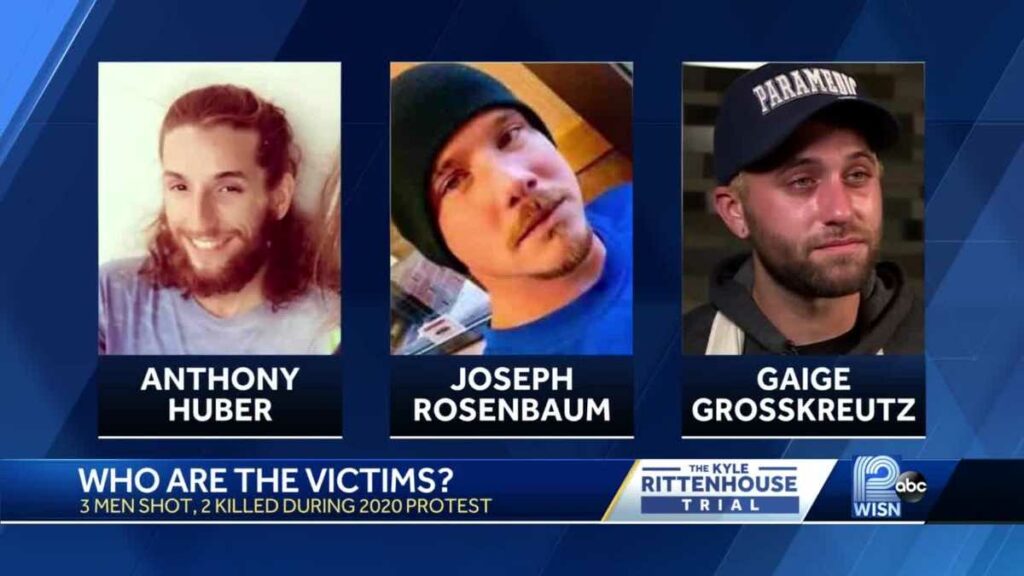 6 thoughts on “All Righties Get to Be Victims!”