The Ahmaud Arbery jury has begun deliberations. Yesterday the defense gave closing arguments for the Jim Crow ages. I half expected the ghost of Lester Maddox to show up and hand out ax handles. Newsweek:

In the closing arguments of the trial of the three men accused of killing Ahmaud Arbery, Greg McMichael’s defense attorney suggested that the 25-year-old Black jogger’s actions were also to blame for his death.

On Monday, Laura Hogue took direct aim at Arbery, saying that he wasn’t “an innocent victim,” but rather a “recurring nighttime intruder.”

“Turning Ahmaud Arbery into a victim after the choices that he made, does not reflect the reality of what brought Ahmaud Arbery to Satilla Shores in his khaki shorts, with no socks to cover his long, dirty toenails,” Hogue said.

At this point, Arbery’s distraught mother got up and left the room.

Seriously, you have to listen to the attorney’s tone of voice to get the full picture.

“Turning Ahmaud Arbery into a victim after the choices that he made does not reflect the reality of what brought Ahmaud Arbery to Satilla Shores in his khaki shorts with no socks to cover his long, dirty toenails.”- Laura Hogue, attorney for Gregory McMichael #AhmaudArbery https://t.co/x9B2uY47b4 pic.twitter.com/IdeDdPWd6n

Turning Ahmaud Arbery into a victim — he was murdered. That kind of makes him a victim.

The defense attorneys also had wanted black pastors banned from the courthouse.

But Mr. Gough — who earlier this week said, “We don’t want any more Black pastors coming in here” — took his provocative language to new heights on Friday.

Mr. Gough noted the large crowd of Black pastors and other civil rights demonstrators who gathered on Thursday outside the county courthouse in Brunswick, Ga. “This is what a public lynching looks like in the 21st century, with all due respect,” he said.

… Mr. Gough appeared to be speaking figuratively, since there have been no reports of violence or threats from the people who have gathered outside the courthouse.

The defense had a difficult role to play. They had to downplay the idea that racism had anything to do with the defendants’ stopping a black man jogging in their neighborhood and threatening him with firearms, while at the same time they’ve been dog-whistling up a storm to the mostly white jury. I’m wondering if they haven’t overplayed the dog whistles, even for Georgia.

In other news — true to form, righties wasted no time claiming that Darrell Brooks, the guy who drove through a holiday parade in Waukesha, Wisconsin, was a leftie with ties to Black Lives Matter. The lefties killed those people! BLM! Antifa! This seems to always happen after some random act of violence. See, for example, Insanity Nation (2011, Gabby Giffords shooter) and Labeling Stephen Paddock (2017, the Las Vegas shooter) from the Mahablog archives. See also Steve M, who documents that some people are fibbing. 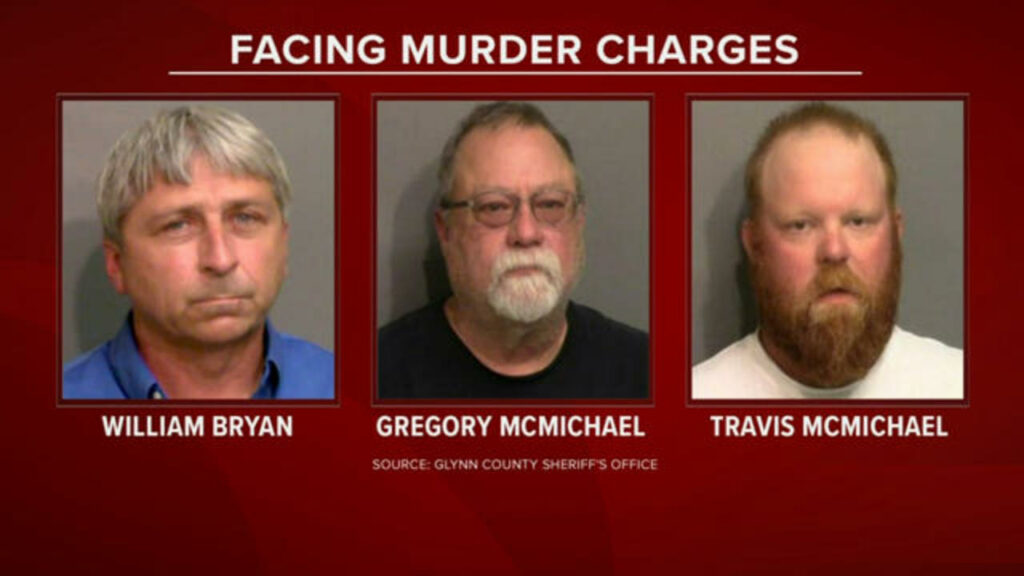 5 thoughts on “Arbery Trial Down to the Final Dog Whistles”